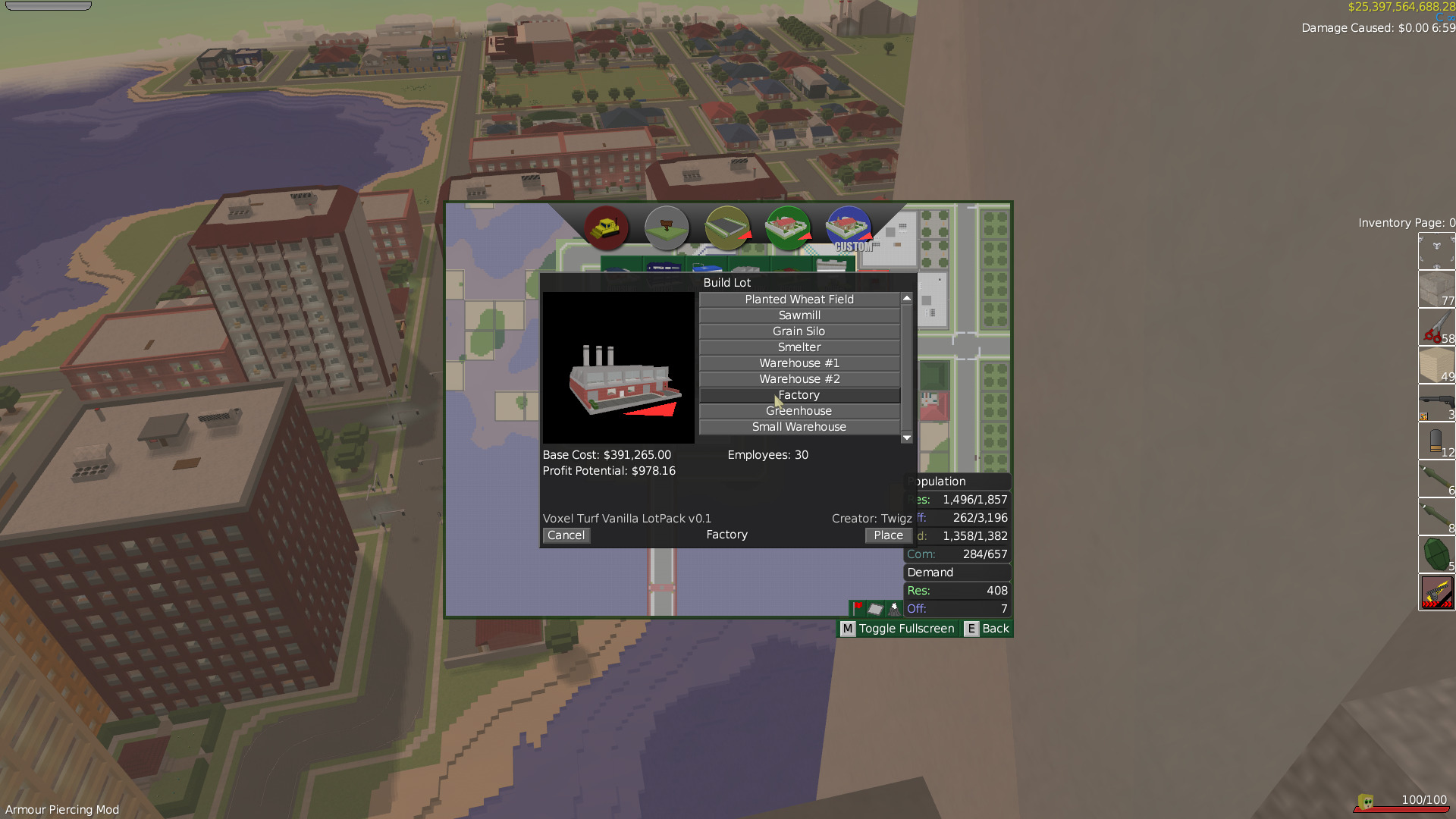 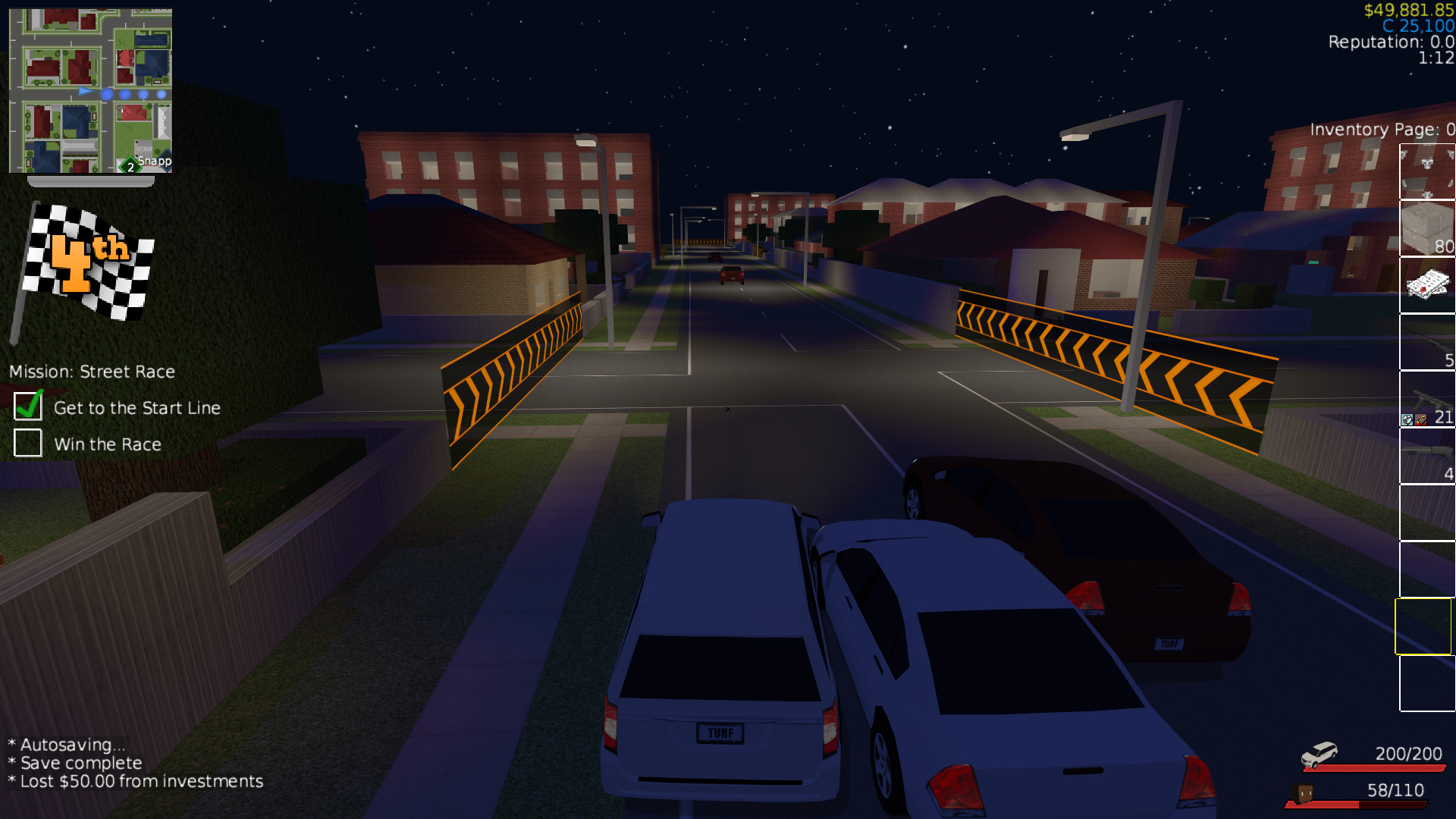 Voxel Turf is a block based city builder/action adventure game. Build cities or destroy them. Start businesses or rob them. Nurture your citizens or subjugate them. Build a real estate empire, or perhaps just drive around and blow stuff up. Its your choice! Voxel Turf allows you to be the force of benevolence or the agent of chaos in a city of your creation.

Live in a City of Your Own Creation
– Build sprawling cities with either the over 50 prebuilt buildings, or build your own in-game!
– Make amazing structures with over 15,000 types of blocks in over 100 categories.
– Or live in and modify a procedurally generated city

Get Rich or Die Trying
– Earn cash from either completing missions, crime, or managing a real estate empire.
– Establish protection rackets to make money
Some of the missions revolve around:
– Being a hired revolutionary who fights the local authorities for cash
– Participating in street races for money
– Making a career though stealing vehicles for profit
– Eliminating bandits and protecting civilians from bandit attacks
– Be a specialist architect who draws an income from making custom buildings

Unleash Chaos
– Destroy and vandalise areas with explosives, weapons and tanks.
– Ride a wide range of vehicles including cars, a tank, helicopters and even a rideable shopping trolley!

Enjoy Multiplayer
– Multiplayer over LAN or Internet
– Most missions can be done in Co-Op
– Cooperate with friends to build a city, or compete and undercut each other

Unleash Creativity
– The entire world is block based, so you can create and destroy everything.
– Decorate blocks with paint and decals
– Various non-cube construction blocks, including ramps, stairs, steps, allowing you to build things like pitched roofs and ultimately more realistic looking buildings.
– Build intricate contraptions using switches, mechanisms and circuits
– Custom player-built buildings can be saved as templates, and be placed like normal buildings
– Templates can be synced across a network