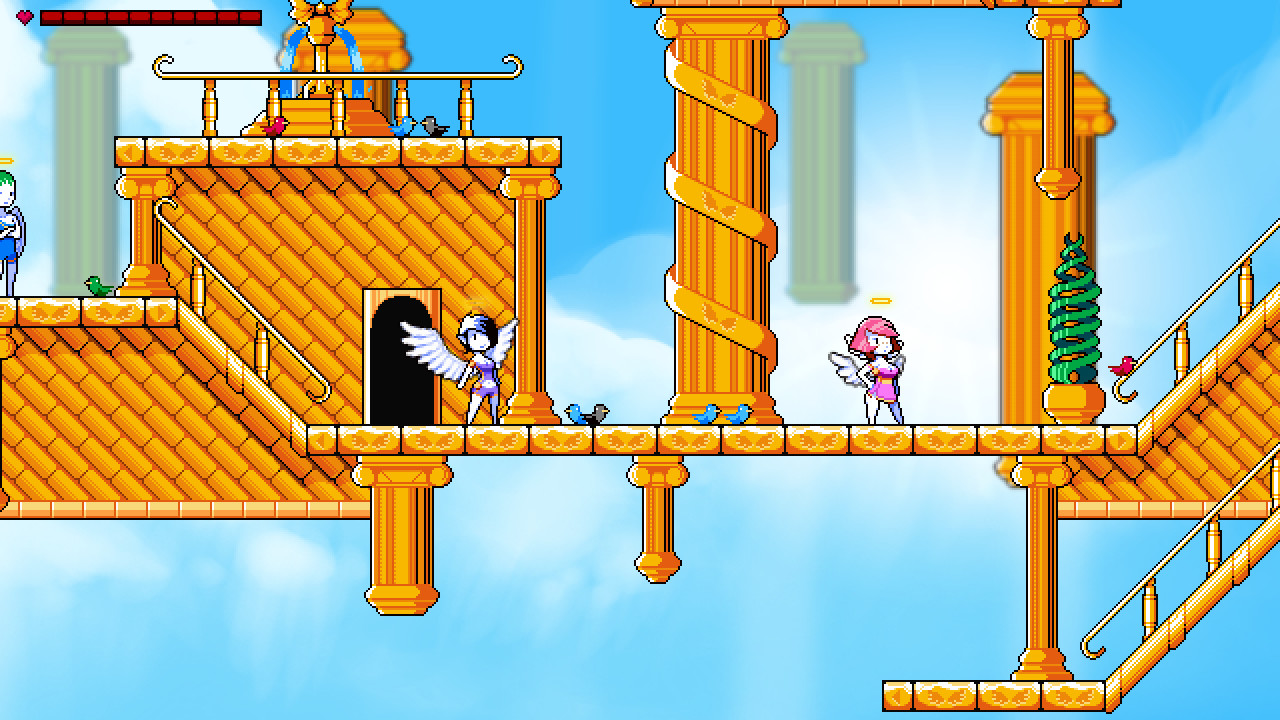 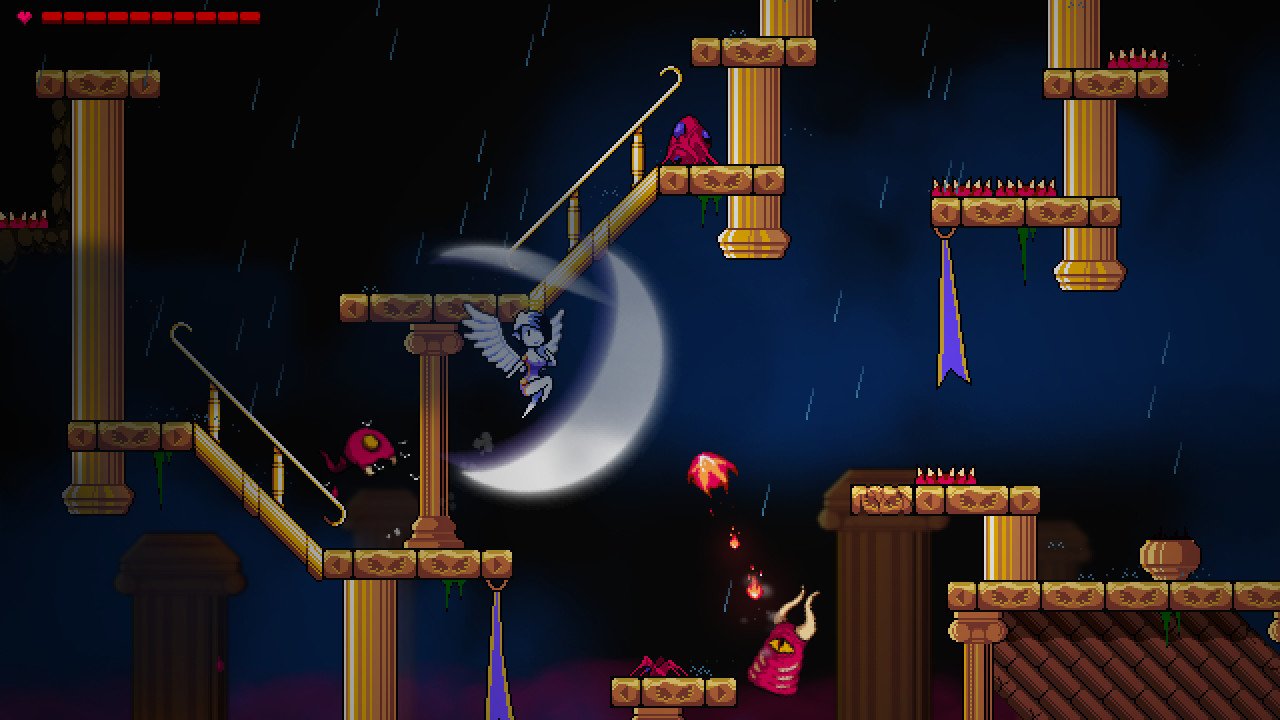 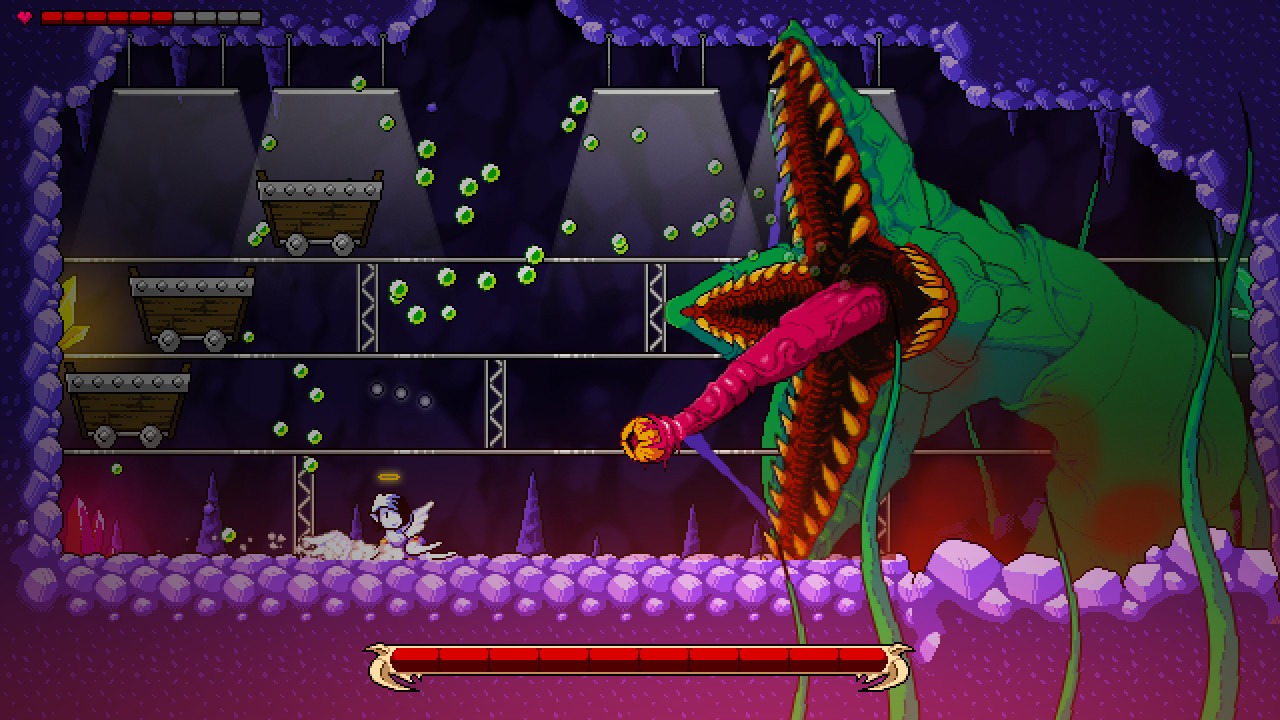 Wings of Vi is a challenging 2D platformer in which you play as the angel Vi, tasked with defeating the Demon Lord Jeh’oul after he is freed from captivity. Throughout her journey she must traverse dangerous worlds and fight countless hellspawn in order to discover where Jeh’Oul lurks and save the world from his demonic clutch.

The game takes inspiration from "Megaman", "Cave Story", and "Castlevania", along with a host of masochistic retro platformers, while cutting out the arbitrary difficulty of hidden traps and pixel-perfect jumps in favor of skill based gameplay. The game aims to capture the attention of the same core group of players as its spiritual precursor, "I Wanna be the Boshy", including the hardcore-platformer lovers and the speedrunning community, all while appealing to a broader audience through a variety of difficulty levels and modifiers.

Challenging Gameplay
Wings of Vi is an action platformer that brings to best out of old-school platformers while removing most of the arbitrary difficulty brought with them. That being said, you will die. A lot. But don’t let that turn you off! There’s three different difficulties and some hidden modifiers catered to multiple audiences, so you’re sure to find a challenge setting suitable for you.

Intense Bossfights
Battle your way through treacherous terrain and devilish enemies before facing up against epic bosses. Fight against a clumsy satyress, giant dreadnought, possessed angel, and more in tough-as-nails clashes.

Crisp Pixel Graphics
Explore a world crafted in stunning SNES-inspired pixel art, where each level is complete with its own unique tileset, background, bosses, enemies, and more.

Online Leaderboards
Battle your friends or random folks on the internet for a spot at the top of online leaderboards. The boards track your completion time and deaths, separated into sections based on both difficulty and game modifiers. There’s even a section for boss rush!