What The Box? İndir Yükle 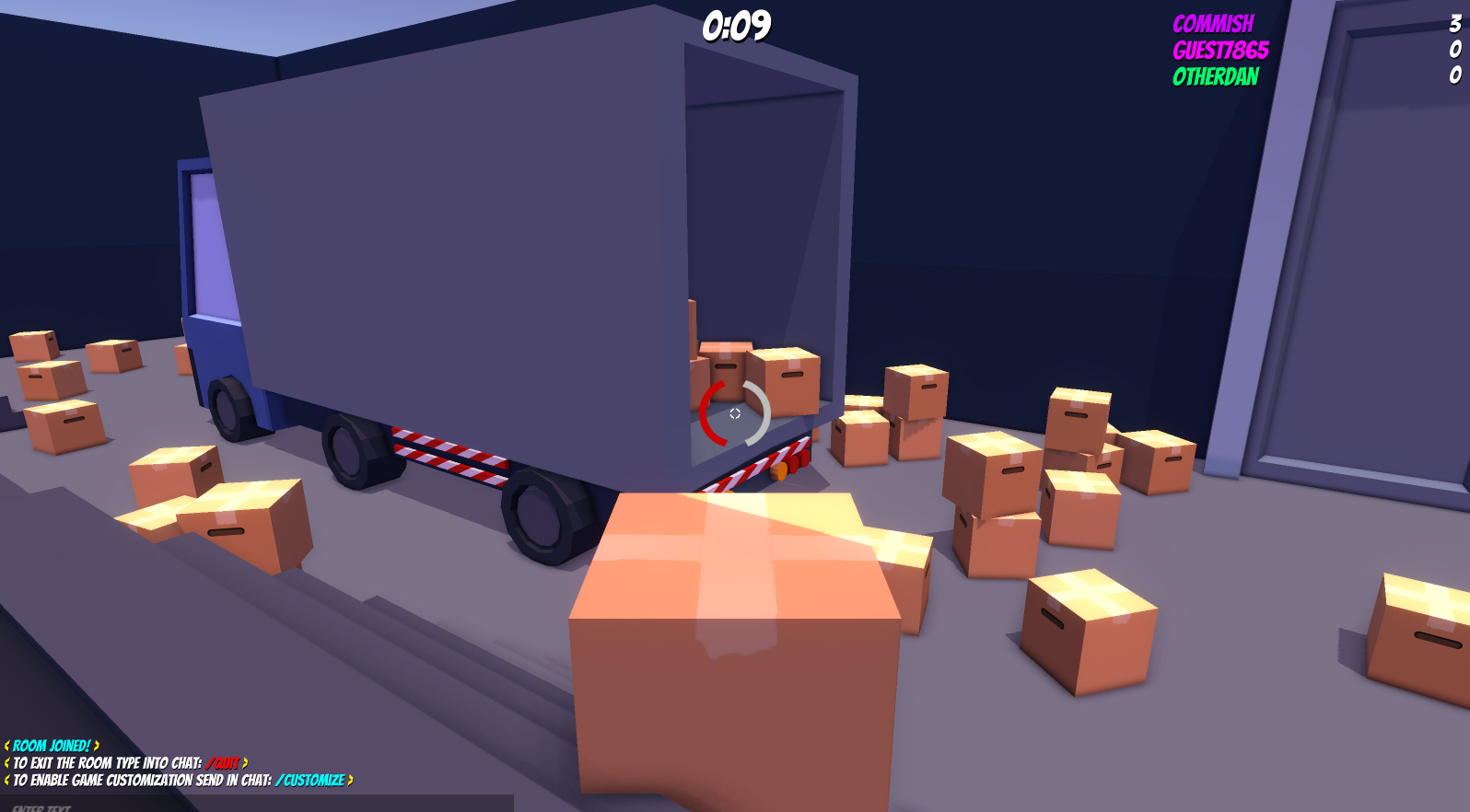 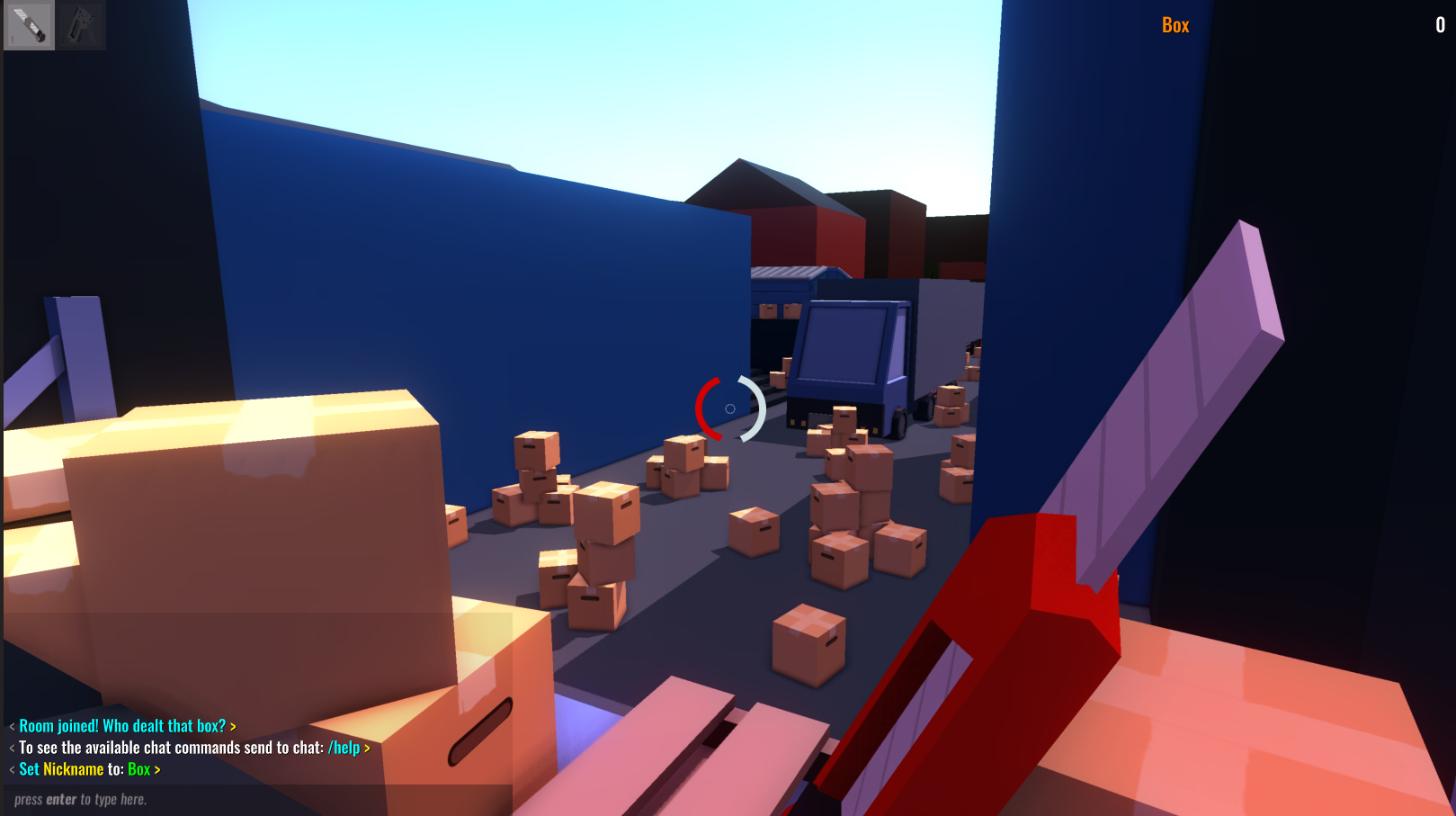 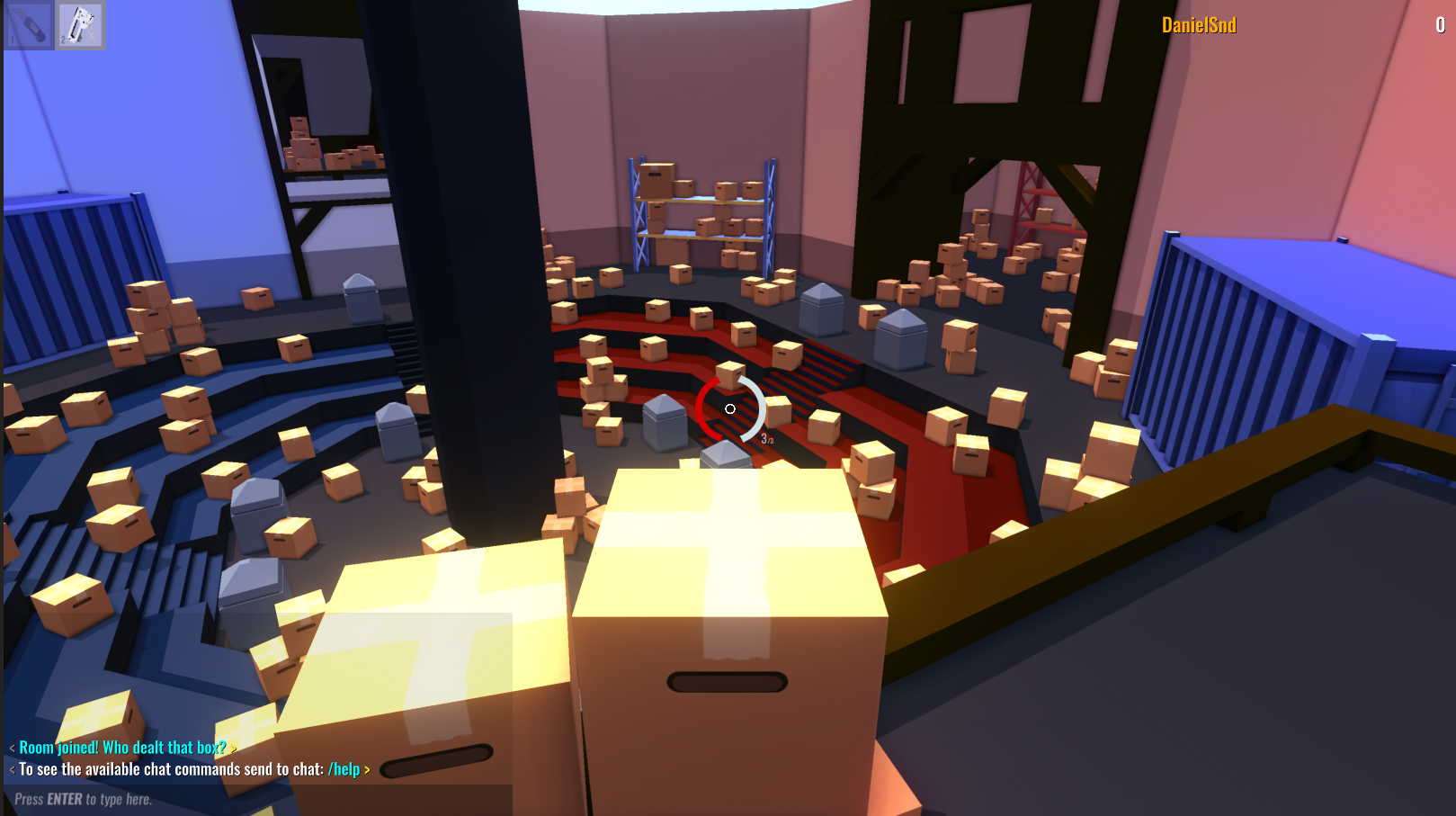 What the box is an Online Multiplayer shooter in which players control living boxes hiding amongst regular boxes while trying to destroy each other. Run around with your trusty box cutter in hand or stand still and wait for the perfect moment to strike!

Classic timed deathmatch mode! You have 5 minutes to find and kill as many player boxes as you can, by the end of the match the box with most kills wins!

You only have one bullet and your weapon won’t reload. The only way to get more bullets is to kill other players! You can use your box-cutter, but be careful because others can see it! The player with most kills by the end wins.

One of the boxes is the powerful juggerbox! Only the juggerbox can score points by killing the other boxes, but the other boxes must try to kill it to steal its power.​ By the end of the match the box with most points wins!

In this mode, there are special box ‘kingdom areas’ that spawn at regular intervals in various places on the map. By standing alone in a kingdom area, you will be the king of the boxes, and you will get a point every 3 seconds. If someone else enters the kingdom area, it will become contested and won’t give any points until only one box remains in the area. By the end of the match, the box with most points wins!​

Classic timed team deathmatch mode! You and your teammates have 5 minutes to find and kill as many player boxes as possible, by the end of the match the team with most kills wins!

Your team must retrieve the opposing team’s packing tape and return it to your team’s base! The team that retrieves the most tape by the end of the match wins.​