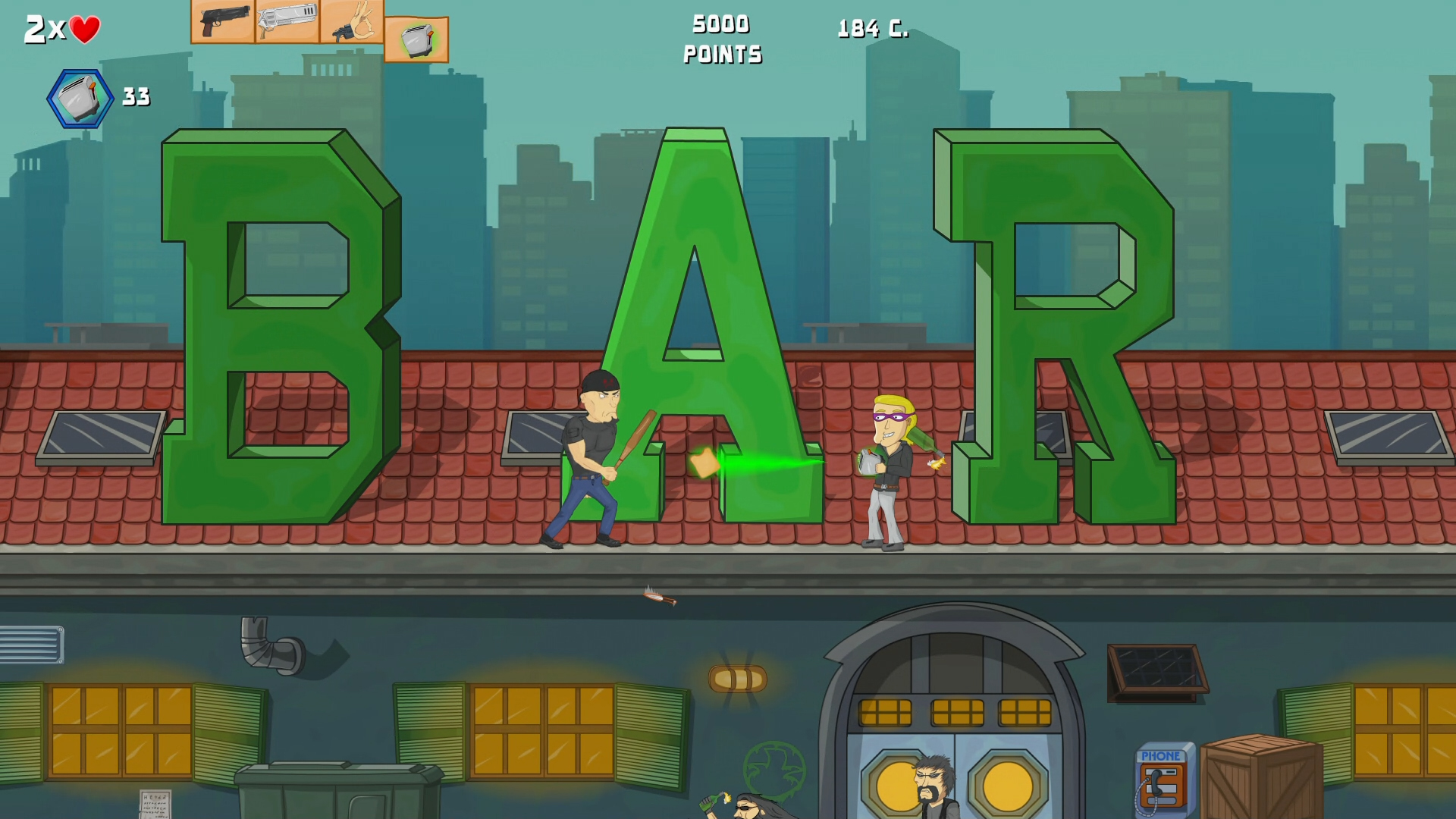 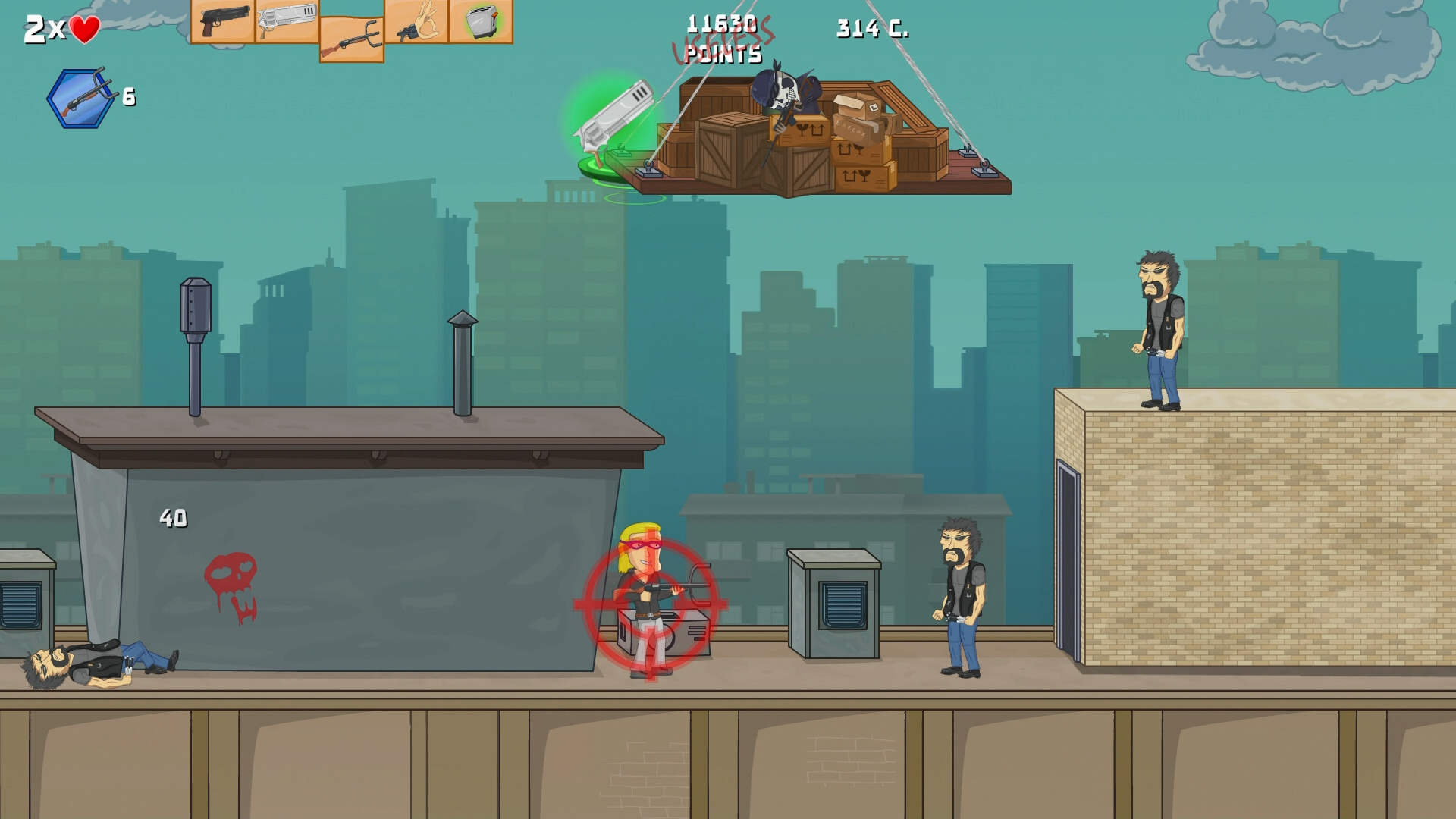 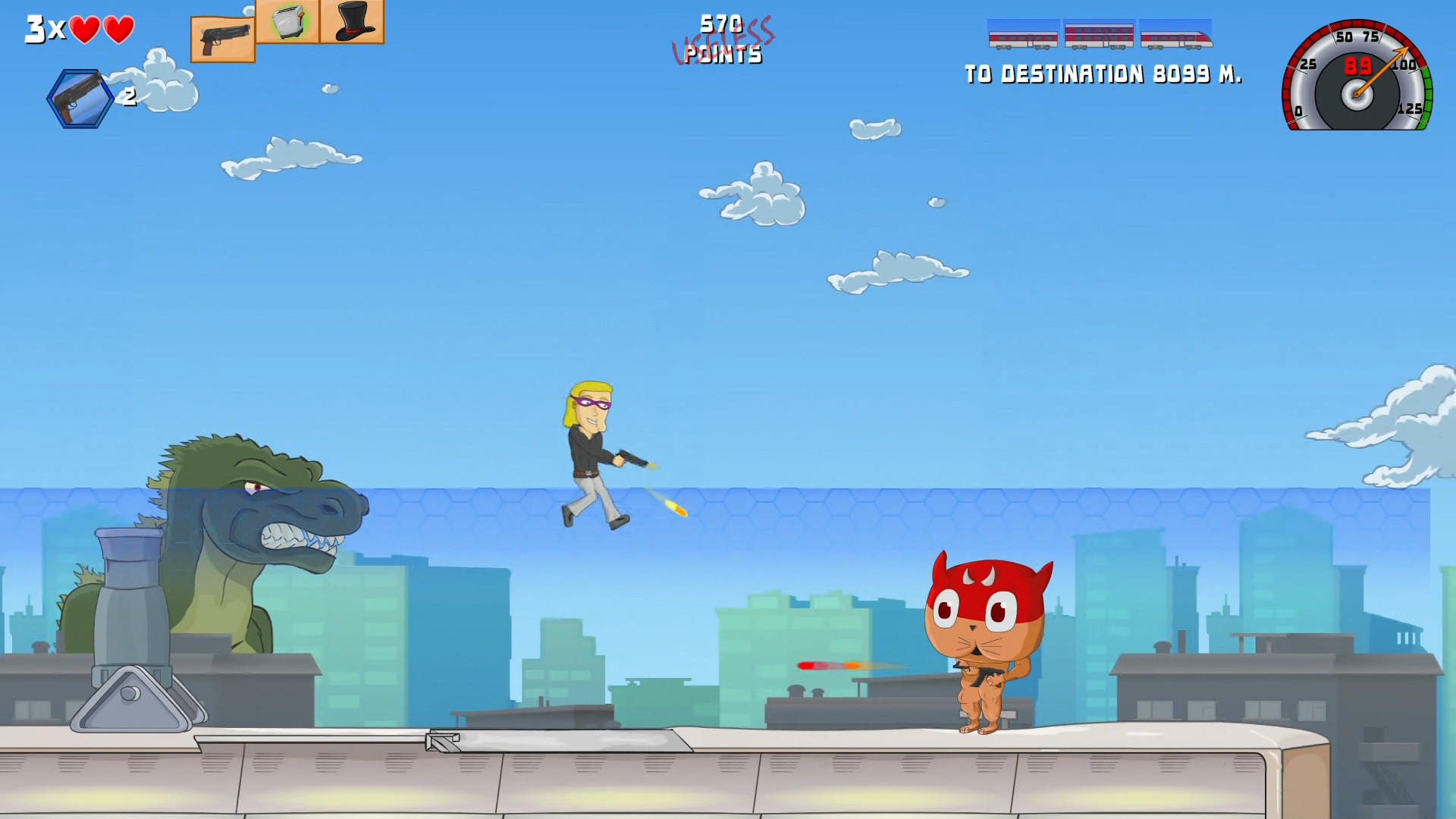 Weird Hero is a humorous and challenging shoot’em up where the hero, SuperMegaDude, battles countless foes with his arsenal of weird weapons: the Flickinator, the Atomic Toaster, a magician’s hat and other strange devices.

The world around you has gone mad. You’re facing cyborgs from the future, giant anime heads (with eye beams, of course) and an unlikely criminal alliance of Australians, Japanese train robbers, Russian telnyashka-wearing suicide bombers and some biker gangs. What could bring such a diverse crowd together? How do the cyborgs fit in? What about the anime heads? What use is the Flickinator? What’s going on?