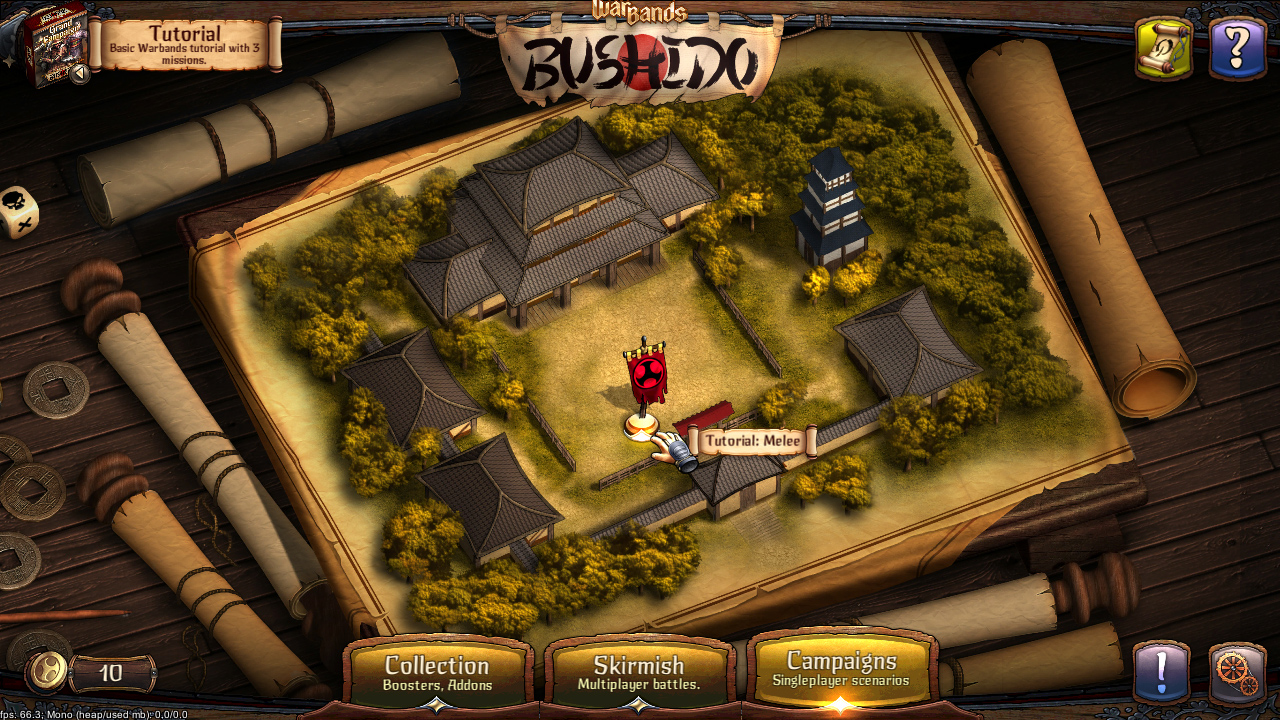 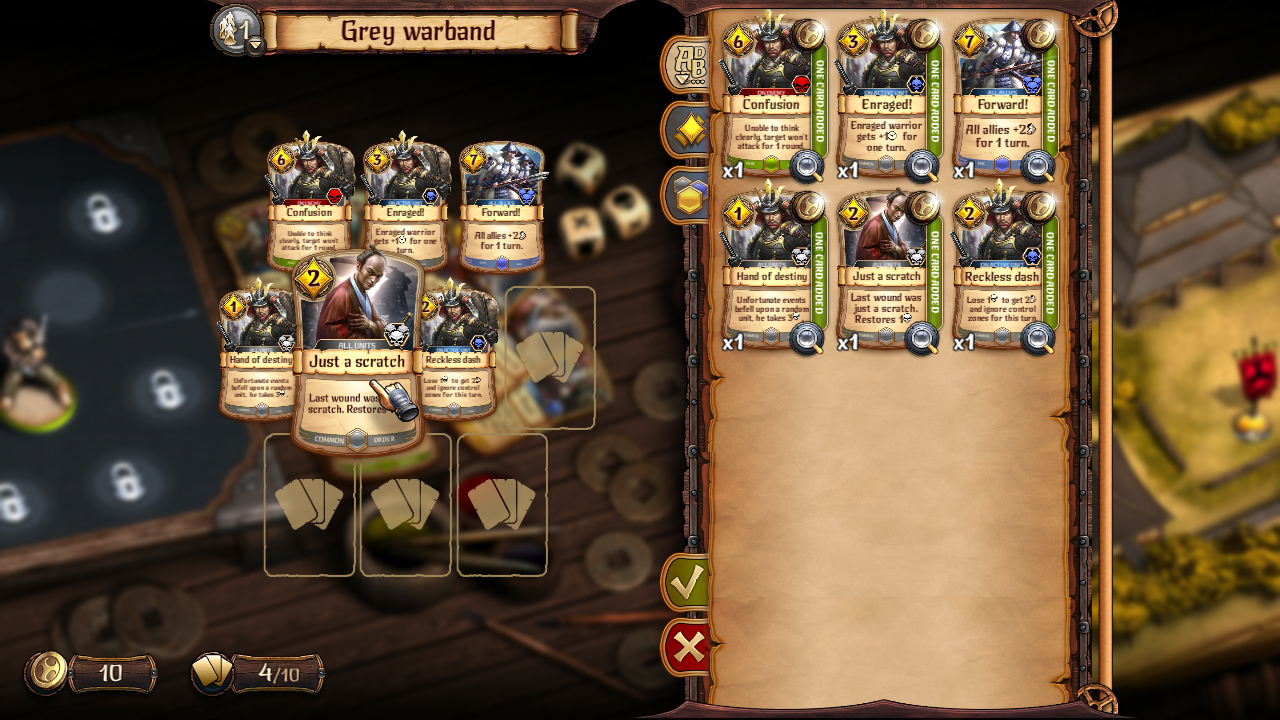 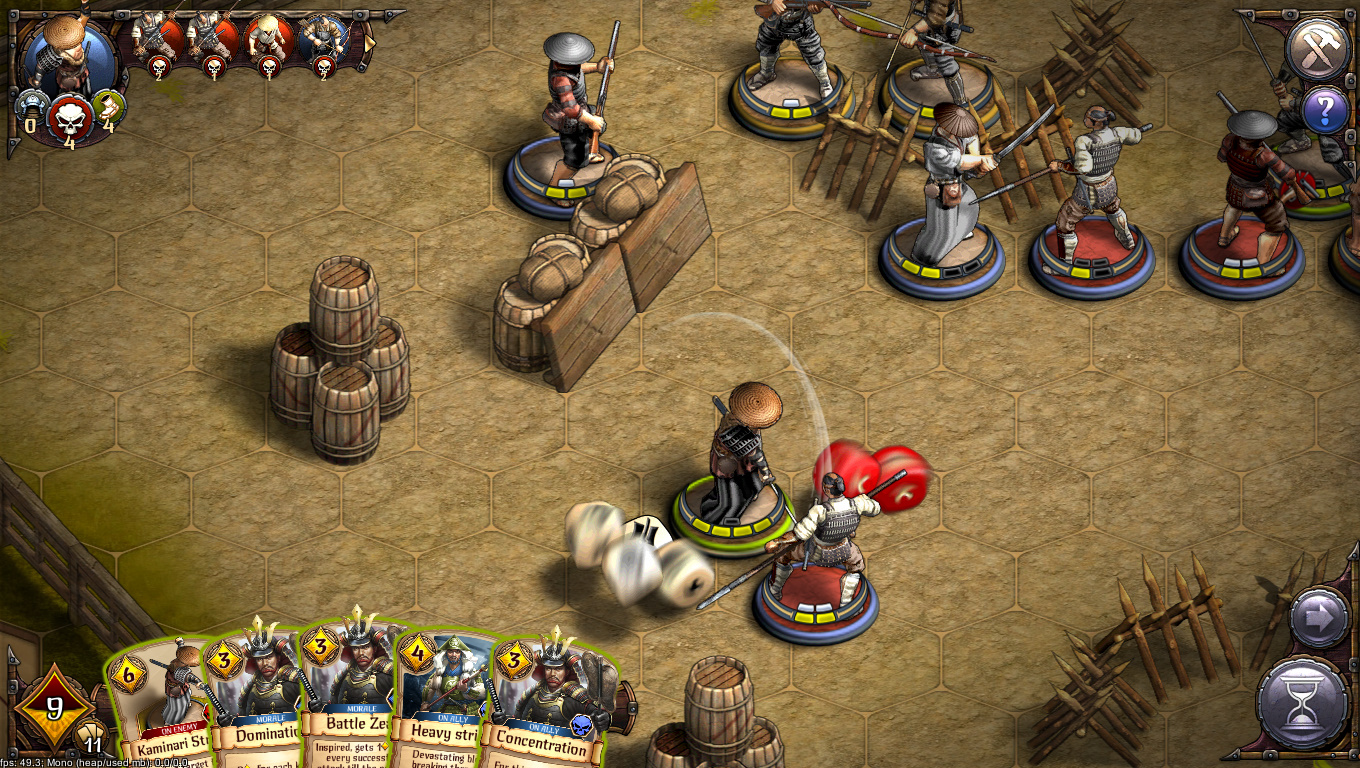 Warbands:Bushido – is a miniatures board game with cards, miniatures, dice (i.e. dice random involved) and beautiful terrains to fight on, with both multiplayer battles boardgamers used to, and challenging single-player campaigns (soon to be released), essential for computer RPGs.

Game has a isometric, tabletop-style look with miniature-style characters, cards, dice, pre-rendered battlefields and story-mode locations. There will be more than 100 various paintable units and heroes planned for full-scale release and later additions. Story driven single-player will be highly influenced by Final Fantasy Tactics and Valkyria Chronicles, with several different campaigns with their own characters and events. While multiplayer skirmish will let you test your skills in best traditions of tabletop wargame classics like Warmachine or Mordheim with a fast-paced Hearthstone-like gameplay.

Stories we are going to tell you in future scenarios will take us to different corners of Sengoku period Japan. All castles, villages and interiors will look as authentic as possible, we’re working really hard to achieve this. In first grand campaign, as a swordmaster samurai we will make our way home through eastern provinces, turned to chaos during years of war. In other scenario we’ll help portuguese merchant resolve a conflict between two powerful samurais. We will also tell a story of a ninja, who has to hide from wrath of his own clan. And we have quite a bunch of even more fascinating stories.

You have a drunk friend İndir Yükle