VTube Studio is the tool of choice for any Live2D VTuber! With a wide variety of features, it has never been easier to connect with your viewers!! VTube Studio can be used directly with your webcam on any Windows PC or Mac.

VTube Studio also supports other advanced tracking inputs to control your Live2D model, including audio-based lipsync (requires microphone). Details can be found in the documentation.

VTube Studio on Steam is free to use with all its features!! An optional "Remove Watermark" DLC exists that will remove the (very cute) watermark that would otherwise be shown when the webcam tracking is active.

Using VTube Studio is really easy!! Load your own Live2D Cubism model, run the auto-setup (or do the setup manually), start the tracker and you’re good to go. VTube Studio works well with OBS, Streamlabs or any other streaming software.

VTube Studio comes with a few simple example models, but you obviously want to import your own models!! VTube Studio ONLY supports Live2D Cubism models, other formats like VRoid are not supported. No support for other formats is planned.

If you ever get stuck, there’s a complete documentation available as well as an active Discord community that’s happy to help out new users!

What can VTube Studio do?

VTube Studio comes with tons of fun features you can try out and use to have fun with your viewers. Future development of VTube Studio will focus on community/viewer interaction, so please look forward to that!!

Some of the current features of VTube Studio:

How does the webcam-based face tracking work?

Thanks to Emiliana from VSeeFace, VTube Studio now directly supports webcam-based face tracking powered by OpenSeeFace!! It comes with various quality levels so it will even run on low-spec PCs or Macs. It’s free to use but will show a watermark if you don’t buy the "Remove Watermark" DLC, available now. 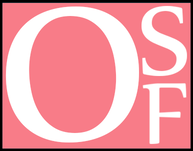 Where to get help?

The documentation, support email and active Discord community can be found on the website linked on this page. Please join, we’re waiting for you!!

SEE YOU THERE, FREN!!