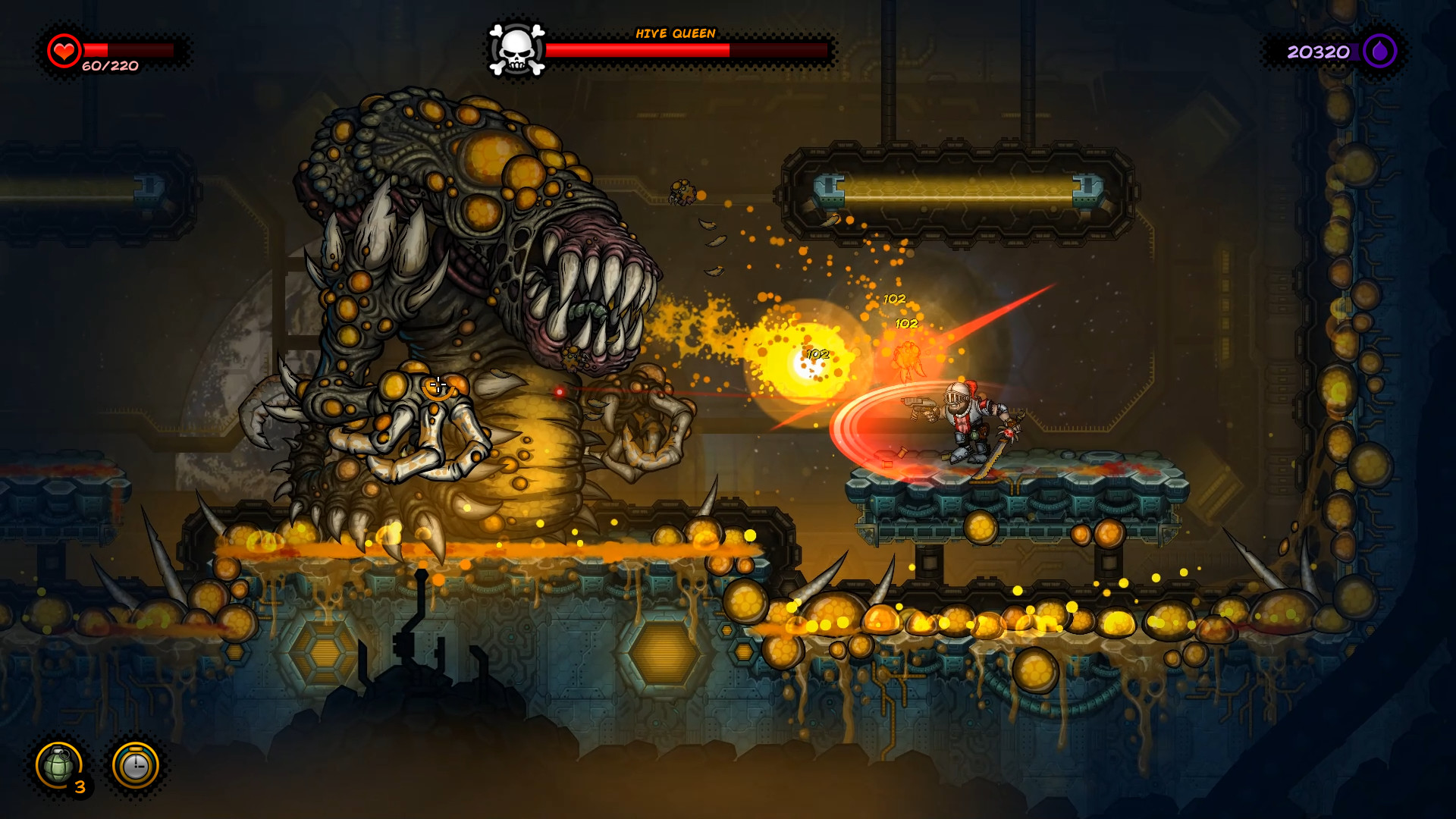 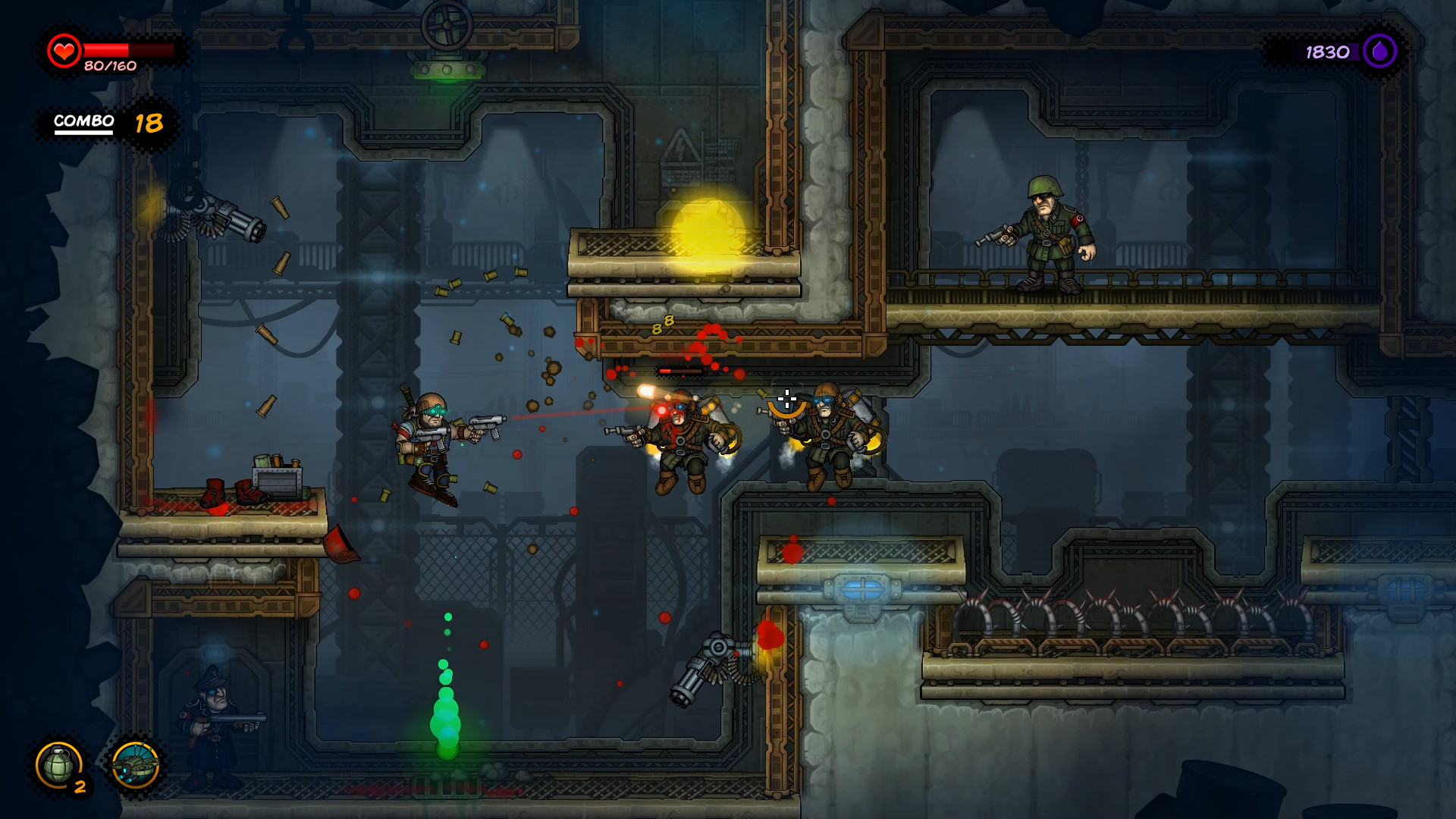 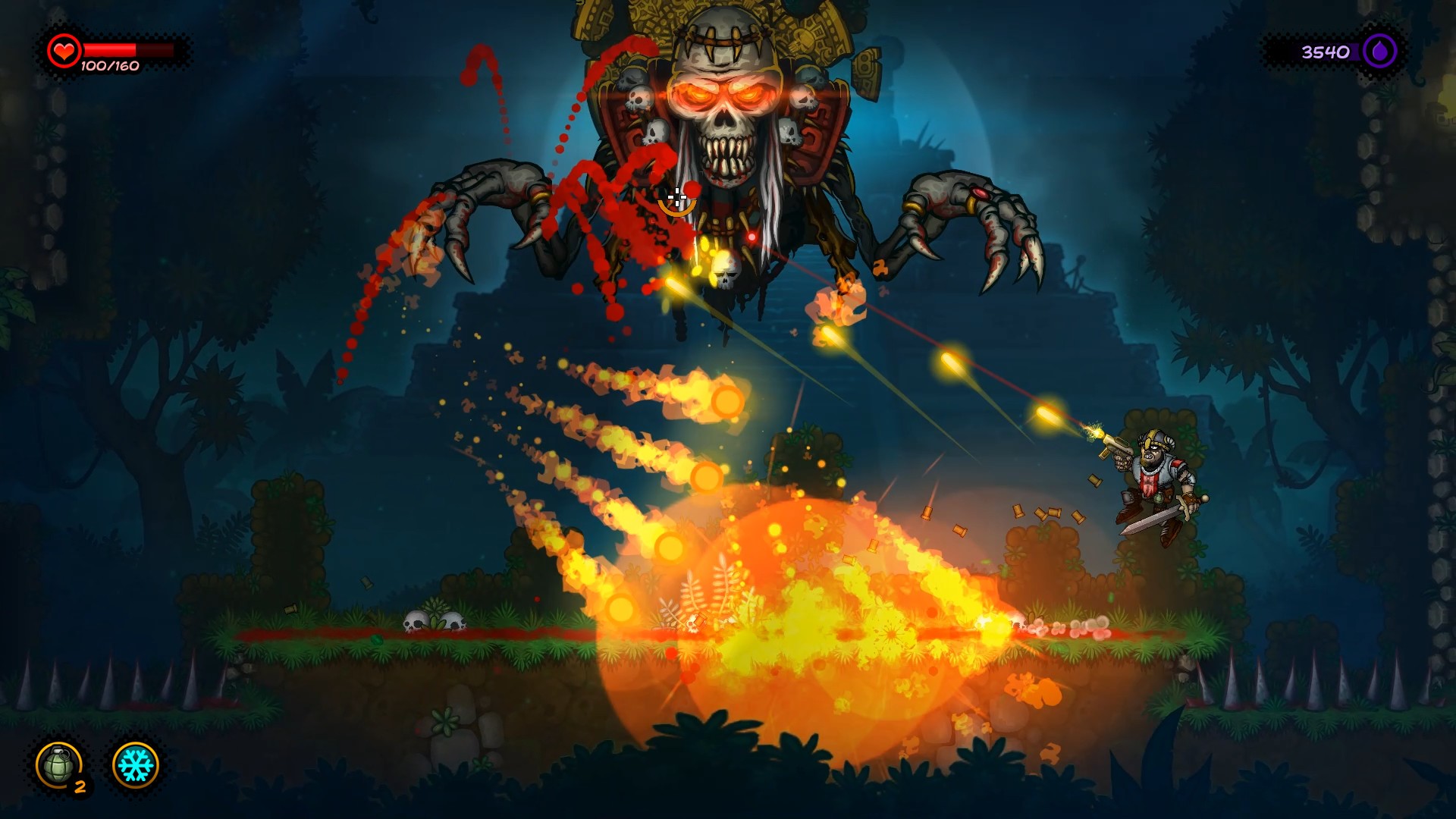 The Badass Hero is a rogue-lite action-platformer, set in a comic book universe. Experience fast-paced hit-and-run gameplay. And never do the same thing twice, thanks to procedurally generated levels and random items. All in highly refined, modern, hi-res 2D art.

Somehow chaos has entered the comic book multiverse and your whole world has gone nuts. That’s how your story starts: You’re from a long-gone era, and were once a great hero, but now things have gotten worse – your powers have been lost! Your quest is simple, yet deadly – you need to write your story anew and relive your greatest accomplishments. Order will be restored when and only when you prove you are the true Badass Hero.

Your guns are your best friends, and ink is the new gold – collect it from defeated enemies to upgrade your hero. The more dynamic and forceful your play style, the greater the rewards! There’s a cost though – stay focused at all times, or you’ll die sooner than you think.