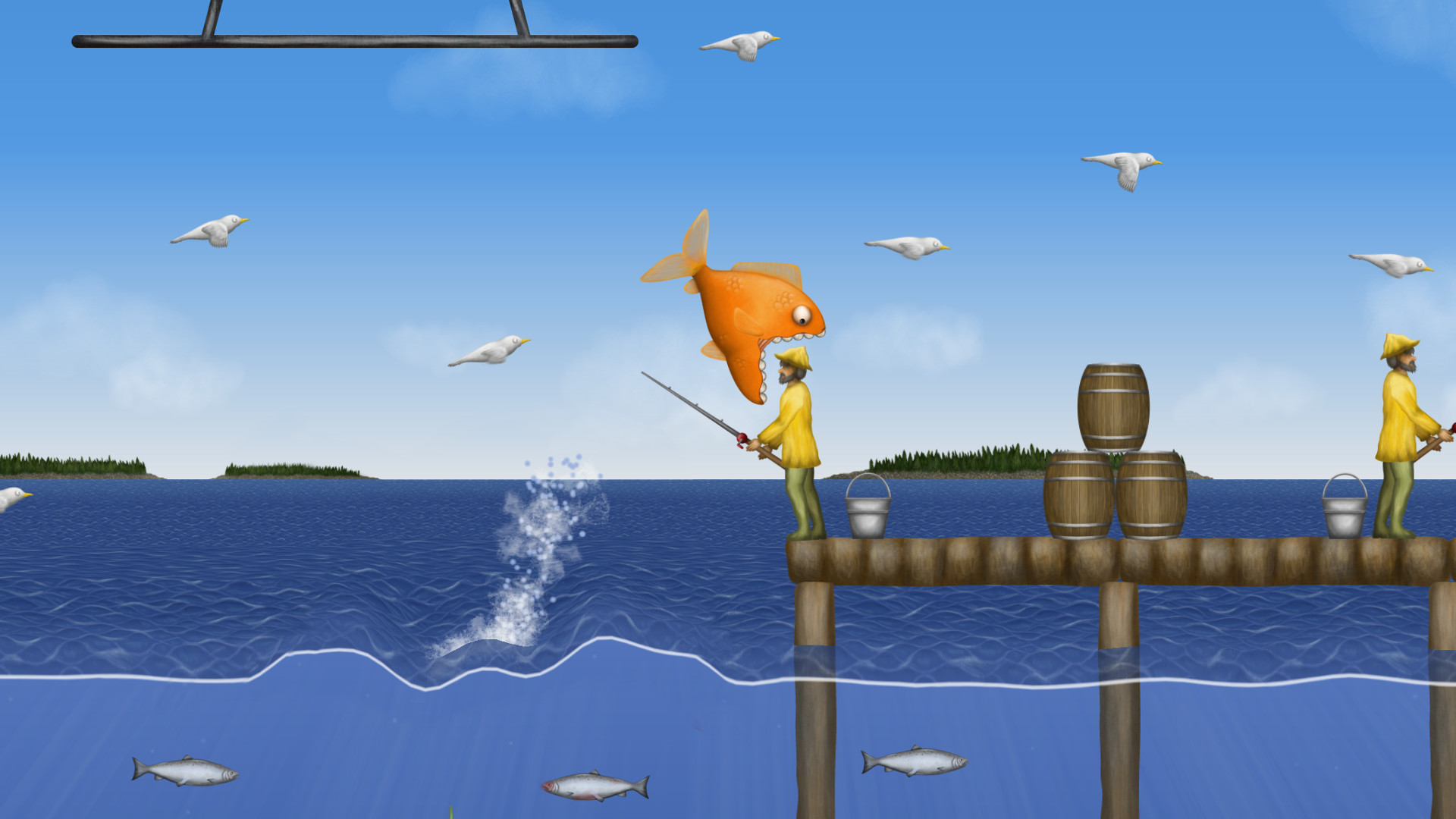 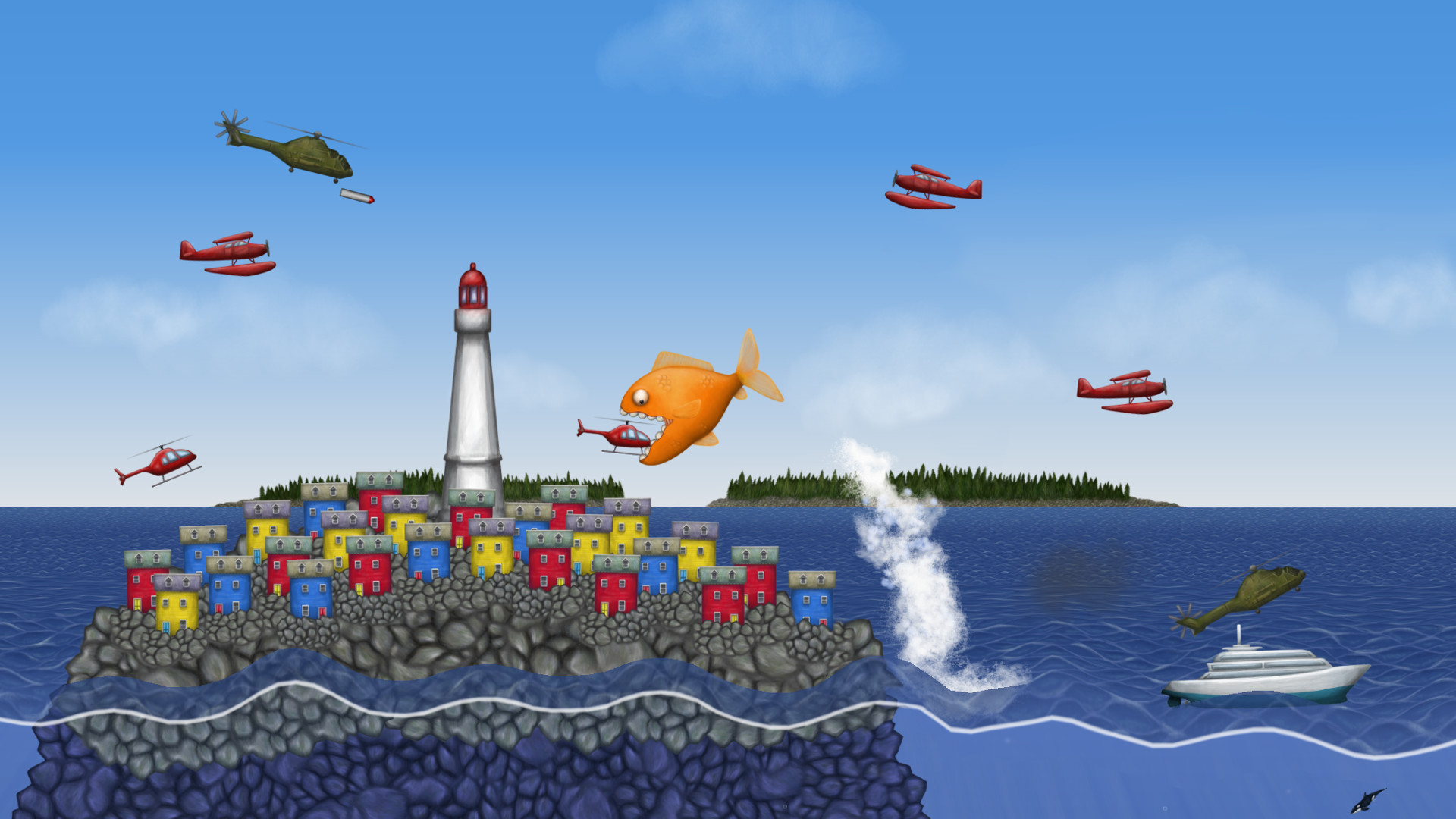 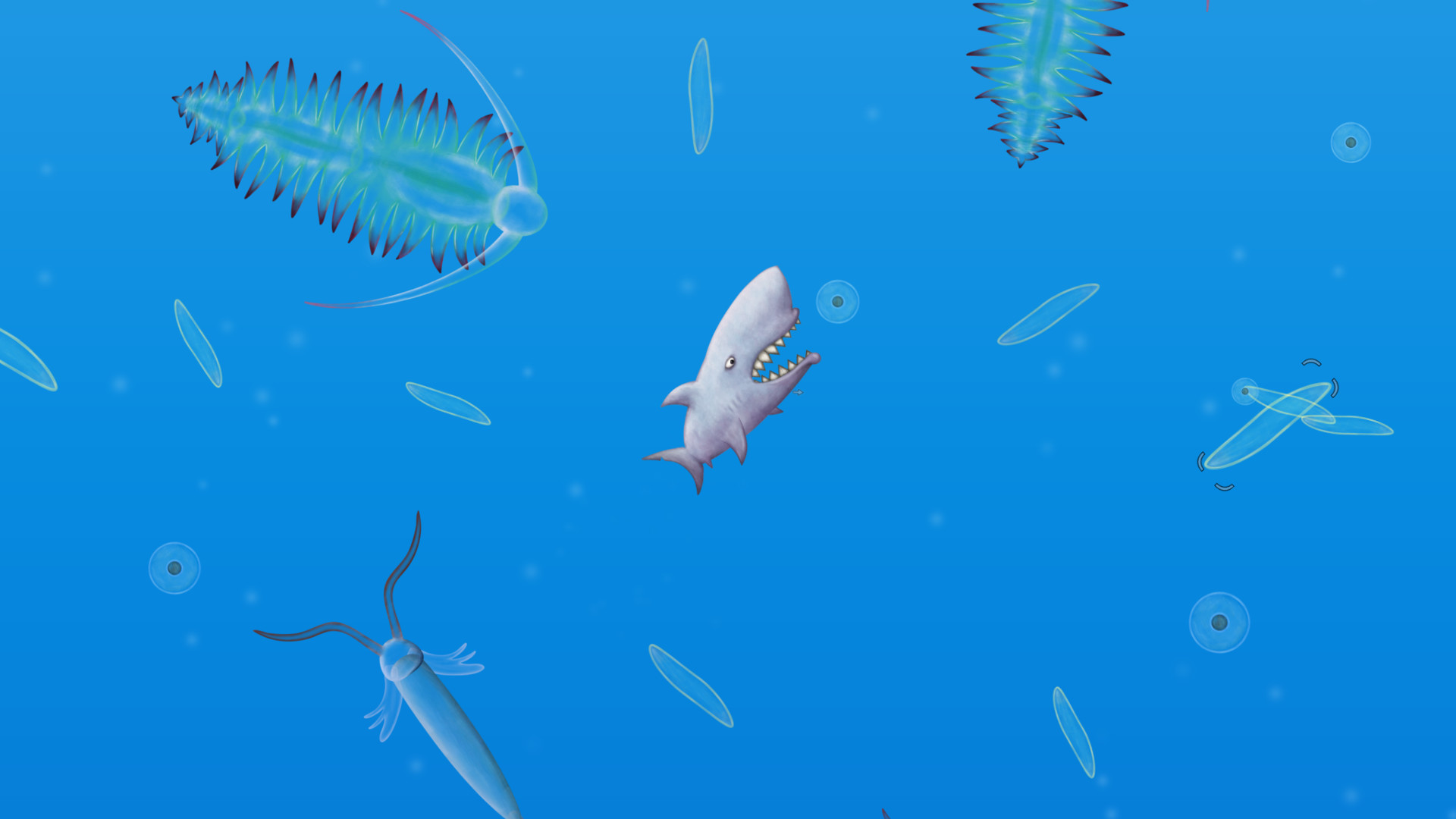 Tasty Blue is an underwater side-scrolling eat ’em up game. You start as a small goldfish with an insatiable appetite. After being overfed by your owner, you’ll escape into the ocean and eat everything that you encounter. The more you eat, the bigger you get!

In addition to the goldfish, you’ll also play as a dolphin and a shark. The dolphin starts off as an overworked aquarium star, forced to jump through flaming hoops for food. He escapes from captivity by eating his way through the aquarium and taking revenge on his trainer. The shark is the final playable character, an artificial fish created by scientists to save Earth’s oceans. It uses self-replicating nano technology to consume everything in its path and convert their matter into its own. There’s no telling how big this shark will get.

Levels
There are over 50 levels in the main story mode of the game. There are also 15 more challenging bonus levels to play after the main game has been completed.

Environments
There are three main environments to explore in the game: temperate, tropical, and arctic.

Carnage Mode
Adjust the amount of blood that comes from your prey. This is off by default.

2-Player Local Coop
Two players can play side by side on the same computer. Options allow for split screen (horizontal or vertical) or shared screen (this provides more screen space but constrains the movement of players together).