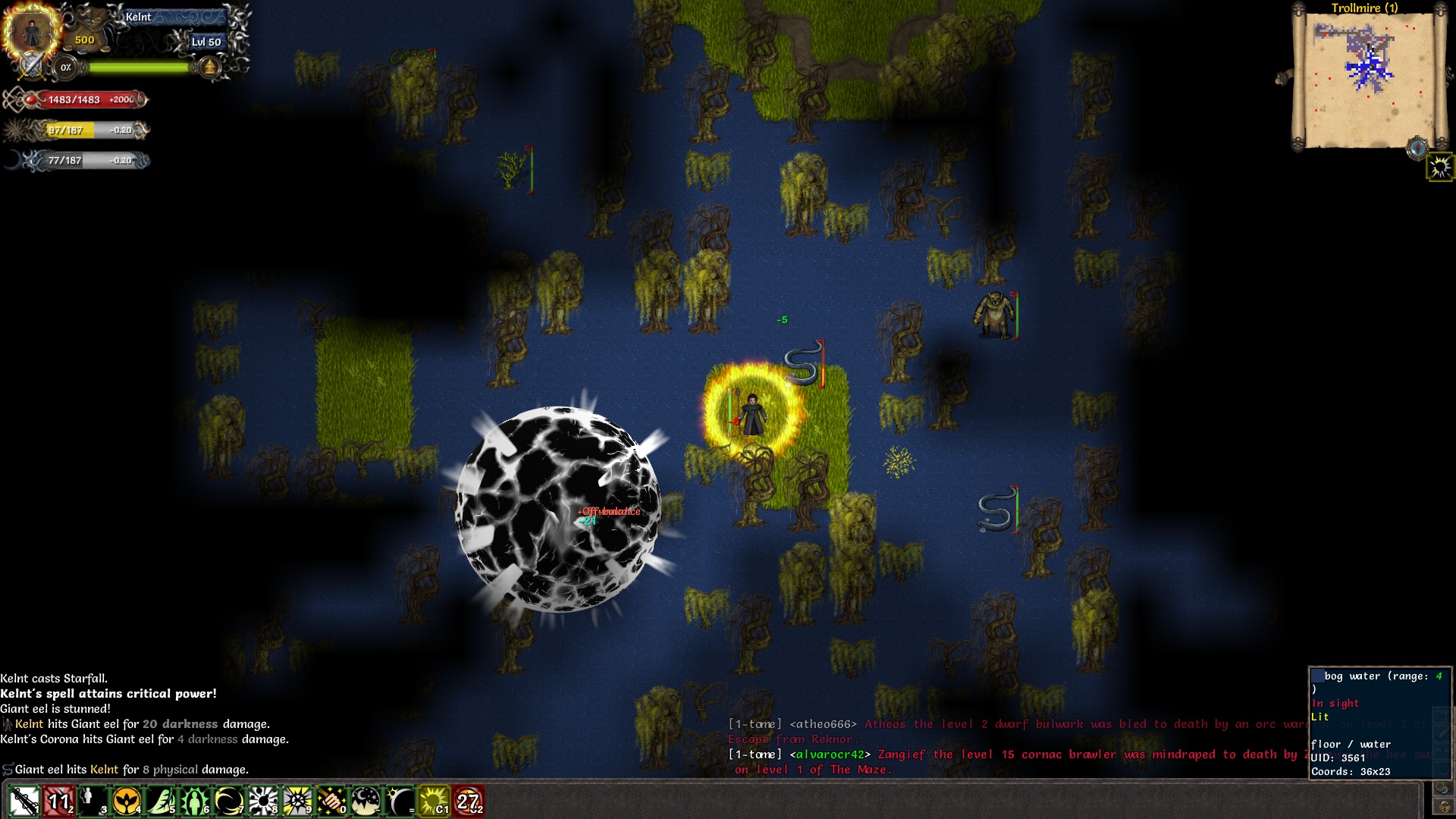 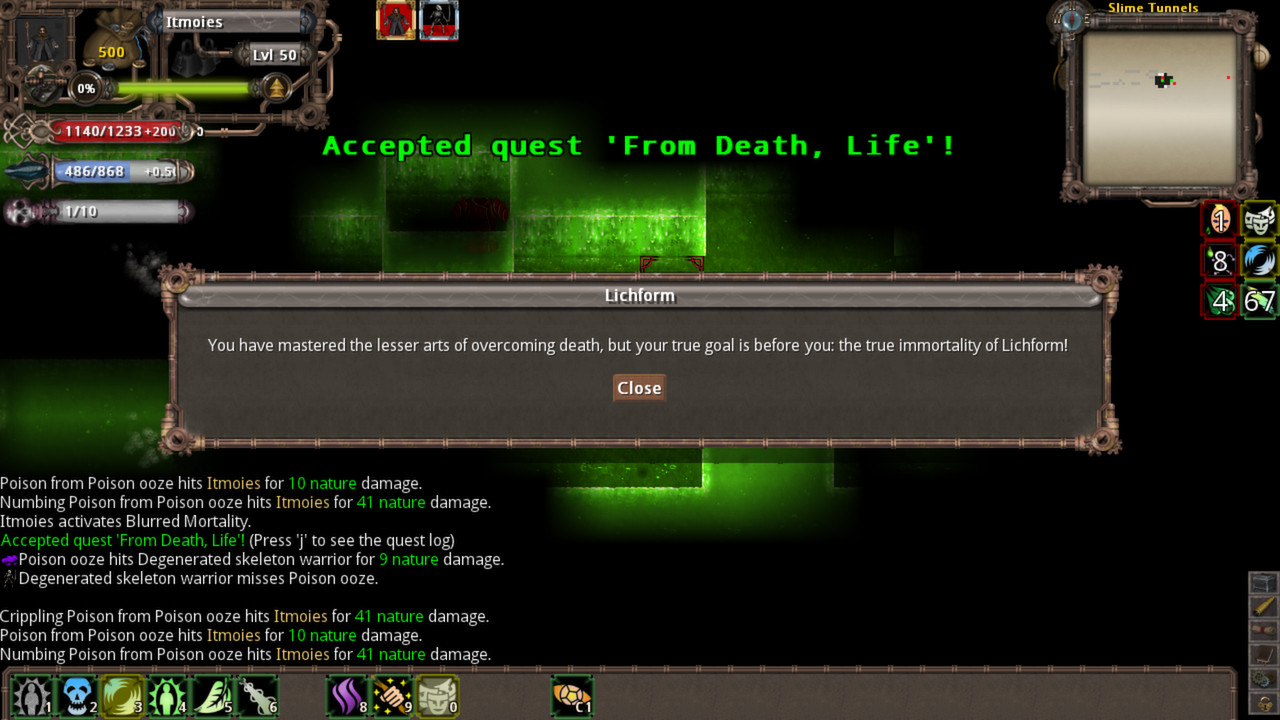 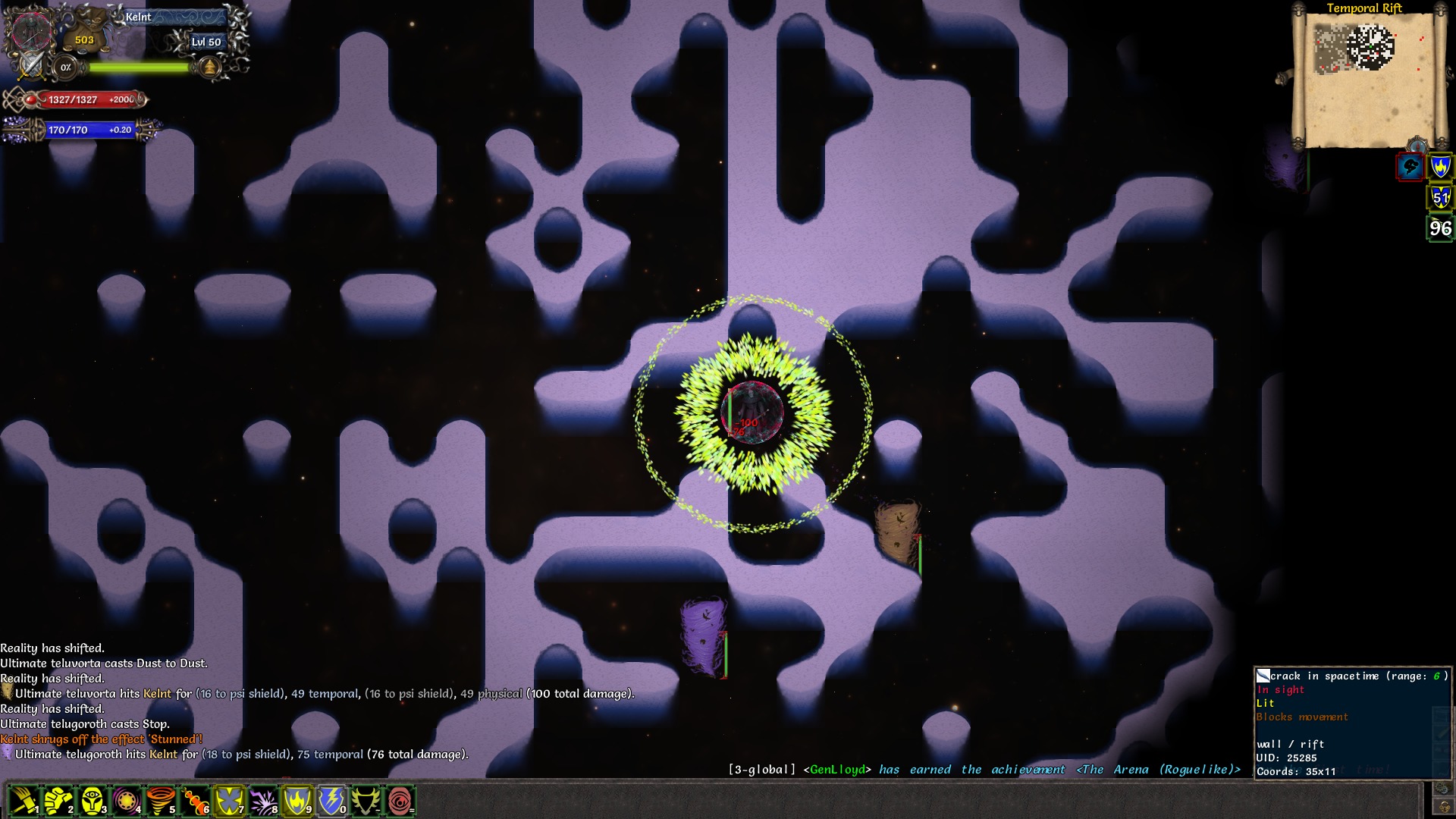 Tales of Maj’Eyal is a roguelike RPG, featuring tactical turn-based combat and advanced character building. Play as one of many unique races and classes in the lore-filled world of Eyal, exploring random dungeons, facing challenging battles, and developing characters with your own tailored mix of abilities and powers.
With a modern graphical and customisable interface, intuitive mouse control, streamlined mechanics and deep, challenging combat, online stats and character sheets, Tales of Maj’Eyal offers engaging roguelike gameplay for the 21st century.

Buyers will get all the extra features that normal donators get. You can test for free on te4.org