Swarm Queen is a quick-to-learn but tactically-challenging tug-of-war strategy game about insect-like aliens trying to murder each other.

Spawn an army of minions that control themselves, leaving you free to focus on the macro-strategy. Which types of creatures will you create? How will you upgrade them? When will you choose to support the fight by spitting globs of Neurotoxin at the enemy horde, or if things get really out of hand, will you unleash the "Bio-Nuke"?

A VARIETY OF MINIONS

Build your army out of 18 different minions, from electricity-shooting shell-covered beasts, to flying bat-like bomb-carriers, each with their own strengths and weaknesses.

Play through dozens of levels as you unlock new creatures and abilities, including bonus "challenge levels" which put a twist on the normal gameplay. For the ultimate challenge, replay levels on hard mode, or try the "New Game Plus" mode added in the latest update.

THE CHAOS OF BATTLE

Your minions are usually smart enough to pick the best target, but their logic is.. fuzzy. Will they get that last hit? Will the projectile miss? Will the reinforcements arrive in time? As you’re strategizing about your next move, make sure to keep an eye on the battle!

Swarm Queen contains a "100% scientifically accurate" depiction of Jupiter’s moon Europa, including all of the alien life. No, it’s not covered in ice. NASA is lying to you. The Earth is flat. The president is a reptilian. The universe is a hologram. BUY GOLD. 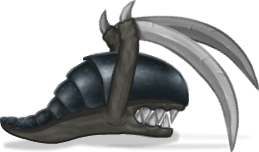