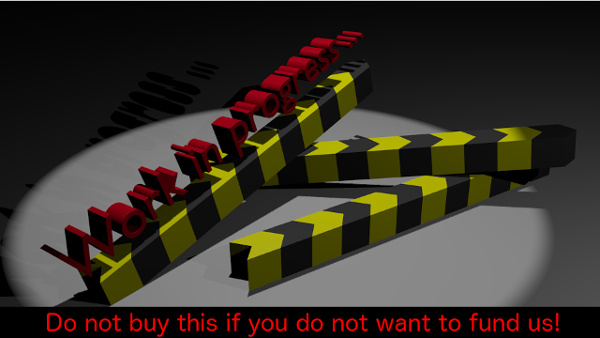 This is a work in progress title! Do not buy this game if you do not want to fund us!
This game is an open world sandbox game. Everything in this world is already changeable. The blocks are very small compared to other games of this genre. Instead of 1 block per cubic meter we have 64 blocks per cubic meter.
What is currently missing (from what you might expect):

What is already implemented:

If you unsure just check out the demo. What we should mention is that our landscape is finit and must be pregenerated. This is no big deal as the game comes with a pregenerated landscape. You can instantly start playing the game. If you create a new landscape this will take from 5min – 1 hour depending on the landscape size and your computer of course. We will not change this as we want to implement certain features which are only possible with a finit landscape.
We are a team of talented developers and artists. The main developer has 2 university degrees in computer science (a diploma and a master). The main artist has a master in biology. So we know what we are doing.
If you have the impression that in this description is something missing or if you feel the need to warn other people not to buy this game contact us. As long as you can deliver facts we will add your argument to this description.
What you shouldn’t do:

We understand that a lot of people simply tried to make money with such games and then never continued the development. Originally we didn’t marked it as Early Access to emphasize that you buy it as it and that you shouldn’t buy this game if you are unsatisfied with the current development status. Unfortunately a lot of people saw in this cheating which wasn’t our intention.