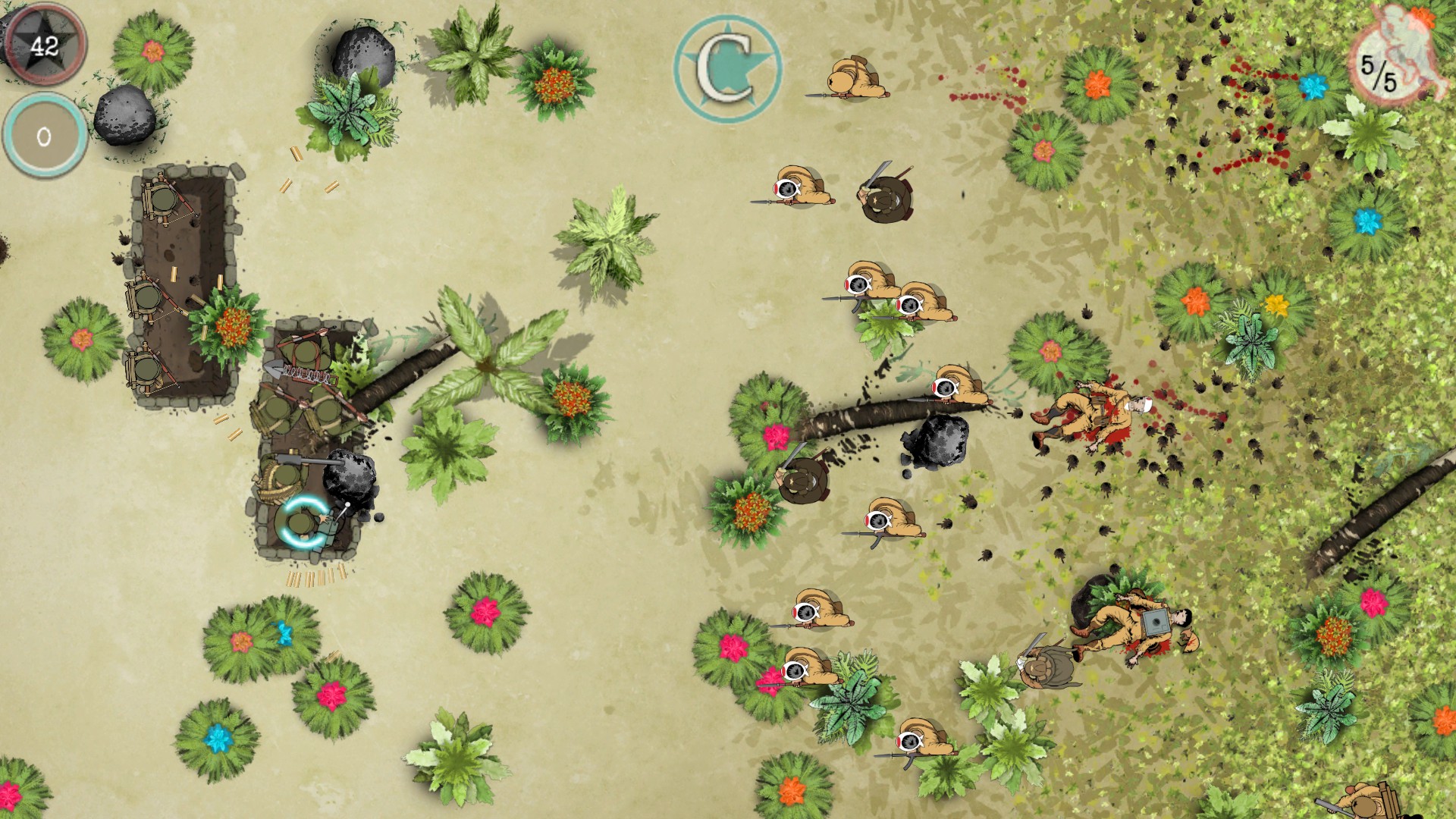 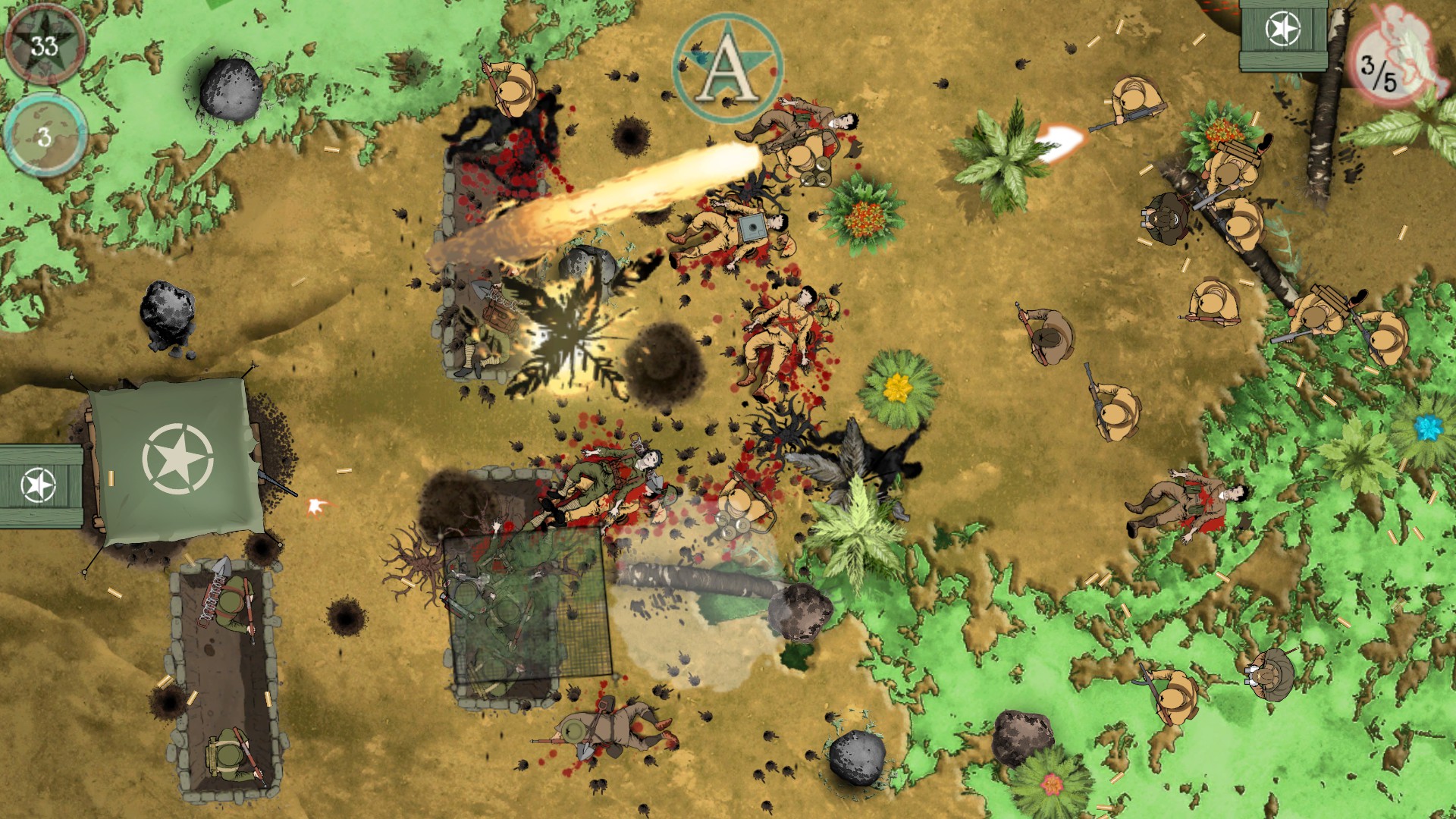 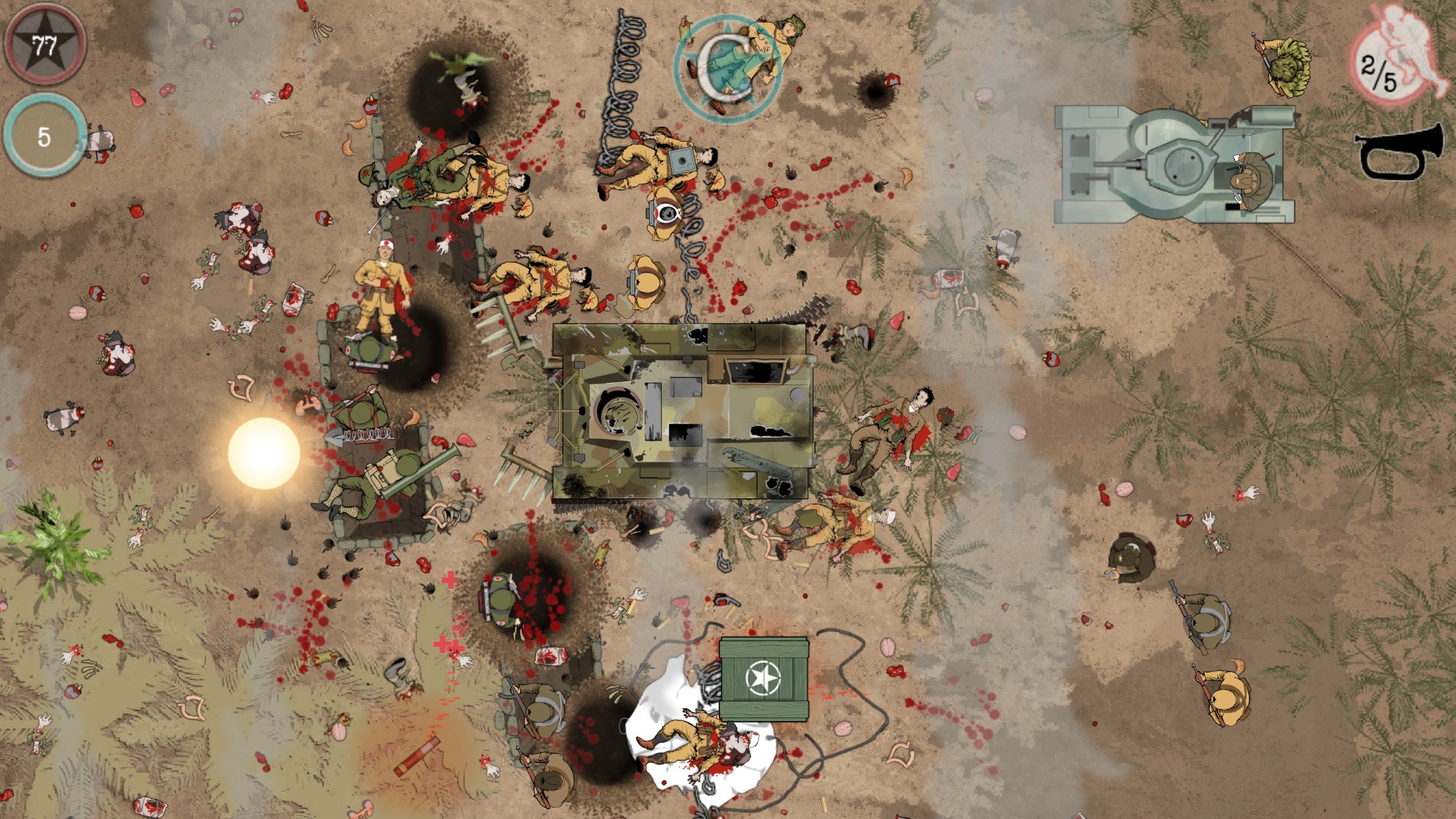 As an Allied tactical commander in the Pacific Theater, you are in charge of fending off the fierce Imperial Japanese military whilst adapting to an ever changing environment. Build trenches, call in artillery, upgrade your squad, and lead them to victory.

Skirmish Line is a Mud-and-Blood-like game, taking core fundamentals such as as a bird’s eye view camera, semi-autonomous units, and heavy randomization. Skirmish Line aims to deliver an updated playing experience, featuring new mechanics and content. Both fans of Mud and Blood and new players alike will find the game challenging as they face off against the fanatical Imperial Japanese army, featuring a host of exotic weapons, vehicles, and of course, the infamous Banzai charges.

Defense in Depth
Defend three positions in succession against the relentless Imperial Japanese Army. If the enemy overruns, you will retreat to the next position. Should you find the enemy assaults too overwhelming, you may manually fallback to the next position. Do you retreat in order to preserve the lives of your men, or do you put up a determined defense in order to hold valuable ground?

Point Defense
For a more traditional experience, Point Defense is stylized after Mud and Blood 2. Advance forward to find favorable terrain or to gain valuable command points to spend on new soldiers, weapons, and defenses. But be careful, there is no retreat, no fallback positions in this mode!

Campaign Mode
Build and manage your own squad in a persistent campaign, spanning multiple missions. You will be pressured by the overzealous theater commander to succeed on your missions at all costs, pitting the lives of your men versus the mission’s objective. As you progress, you will be sent on more dangerous missions. Use your renown as a field commander to purchase powerful upgrades in order to keep your squad alive and to complete the mission.

NOTE: Campaign mode is still under active development. We will be making extensive changes on this feature during Early Access.

Ribbons, Medals, and Rank
Complete extraordinary feats to earn ribbons and medals. Each ribbon or medal offers benefits to your squad. Gain access to special weapons, soldiers, and new tactics as you rank up. 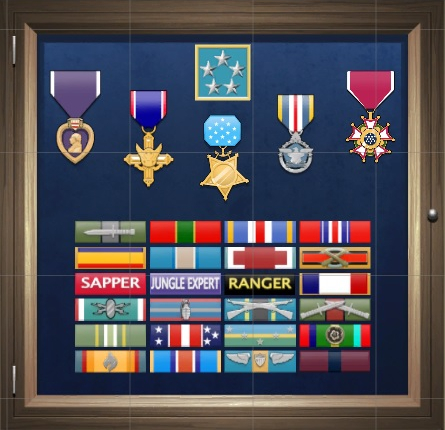 Official Wiki
We understand that Skirmish Line can be a very difficult game. We have an official wiki for players to share their knowledge.

Official Disclaimer
Skirmish Line takes direct inspiration from Mud and Blood 2 but is not an official Mud and Blood game nor is it affiliated with that of its primary creator, Urbzz. For the official series, check out the Mud and Blood Network!