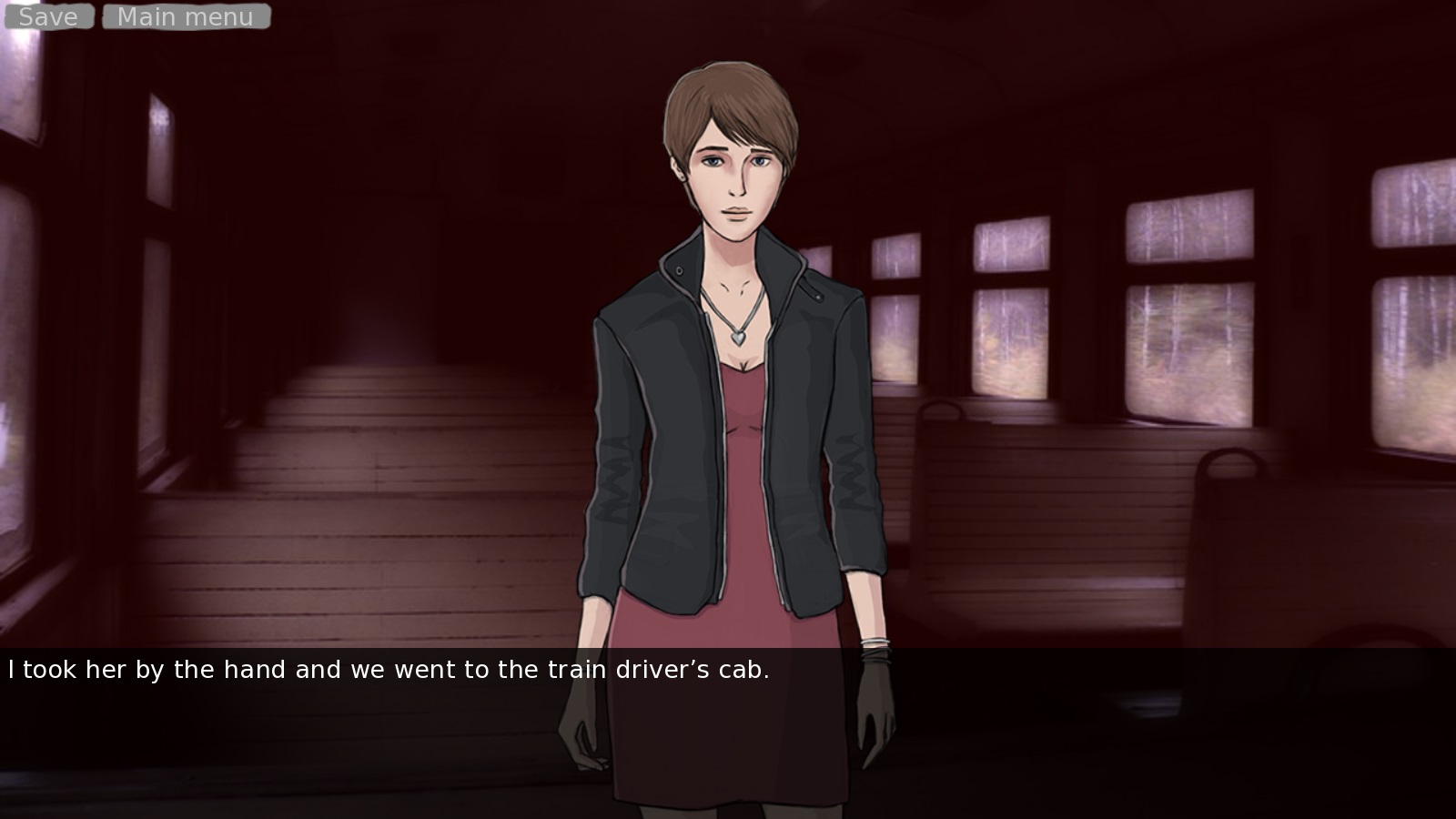 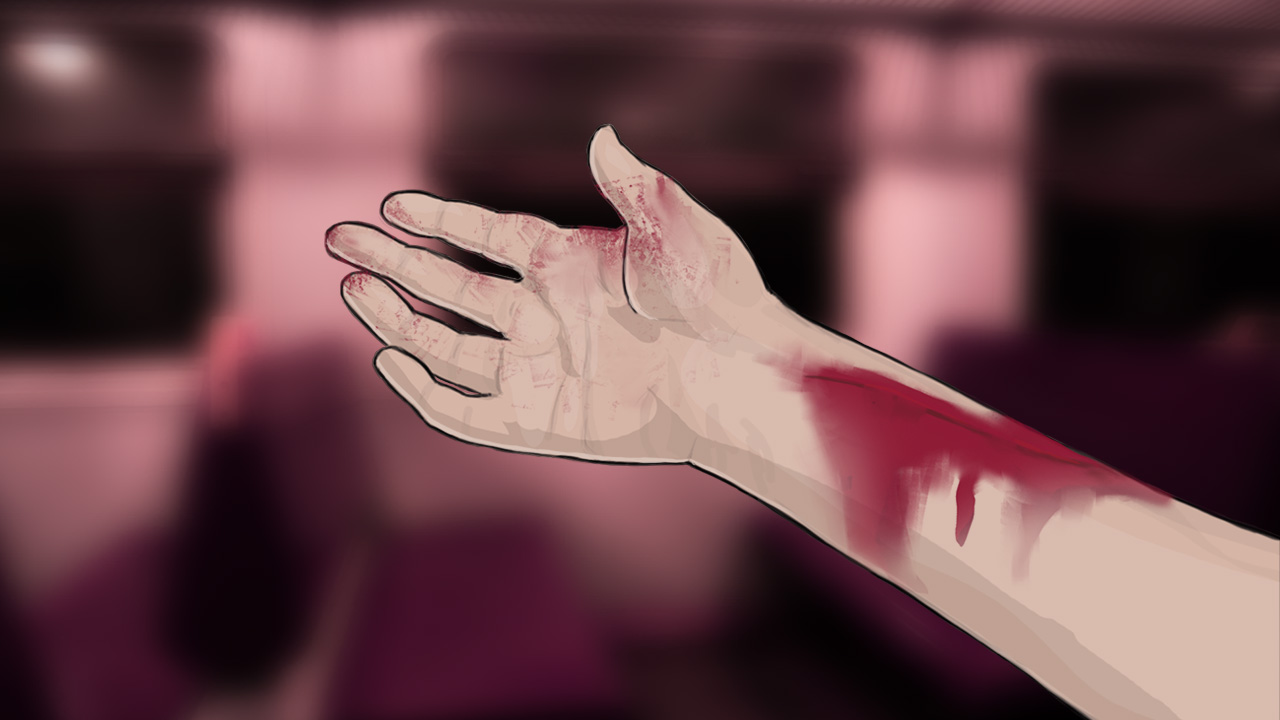 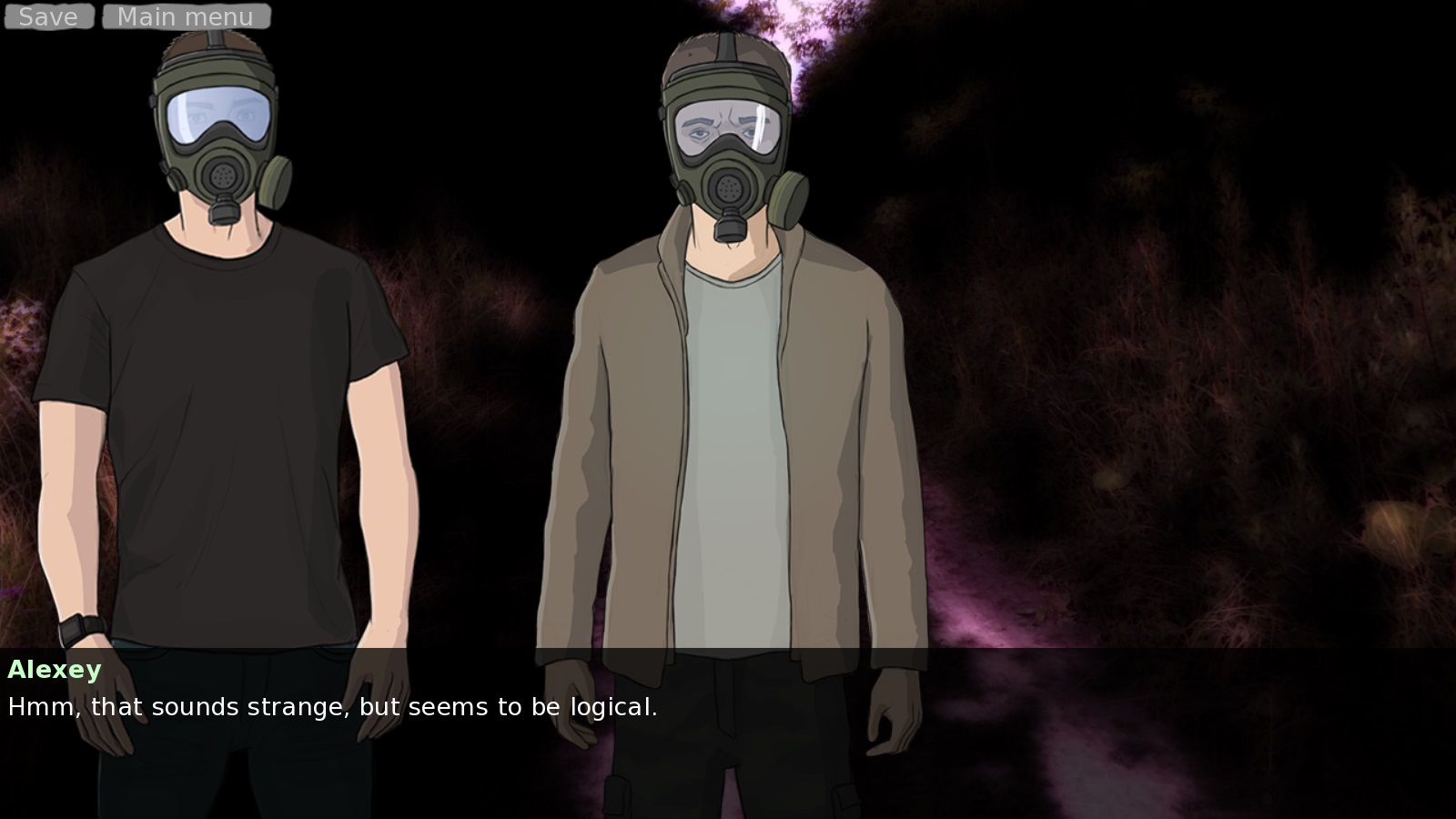 You’re going to work by train, but strange things happens on the way: the train stops, the pink fog appears outside and the man who came off the train immediately dies. The main characters turned out to be locked in the train without any clues about what’s happening…

Choose how to react in different situations. Speak with characters. Your actions and decisions will change the story around you.

Unique atmosphere, sudden plot twists and colourful cast of characters whose attitude for you is changing depending on your actions.

You can also find Android version on Google Play.

About characters:
Nicolay is a driver of a train. When the fog starts, his friend and assistant comes out of the train to see what’s going on and gets suffocated. Nikolai is very upset about his friend’s death and feels guilty because he didn’t stop him.
Nicolay takes over the leadership in the train and is trying to calm down the passengers. He is always trying to find the less conflict decision for any situation.

Alexander Petrovich is one of the most mysterious people on the train. He has some gas mask which helps people to come out of the train for a while. Alexander is trying to get the situation under control and take down a peg everyone who is trying to interfere.

Marina is an ordinary student of senior courses, going to the university. She has a pretty gentle nature, but very initiative at the same time.

Eugeniy Konstantinovich is a really unpleasant man spreading the scent of booze everywhere. He takes his own opinion as the only correct one and never admits his mistakes. Trying to interfere in everything around.