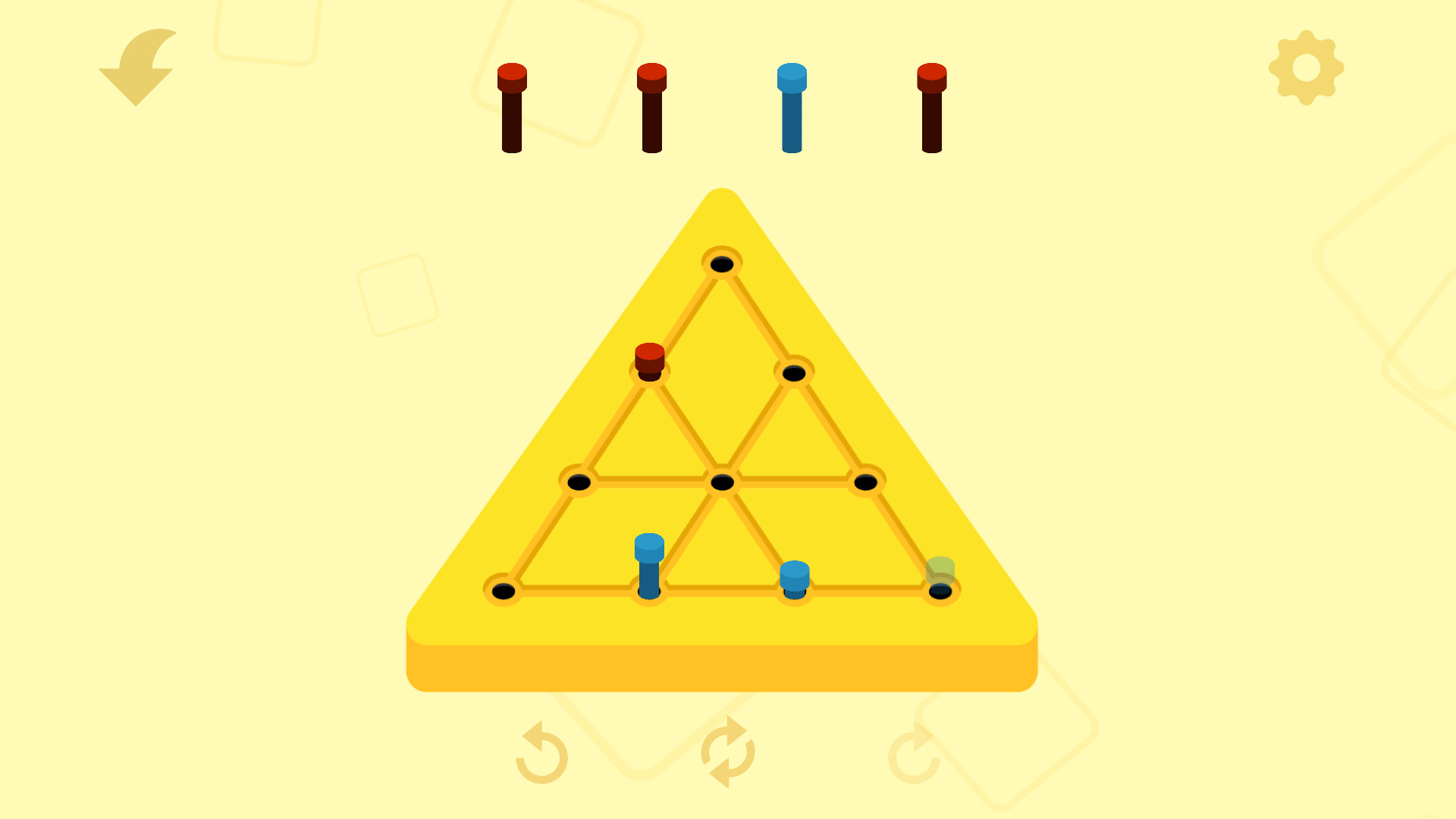 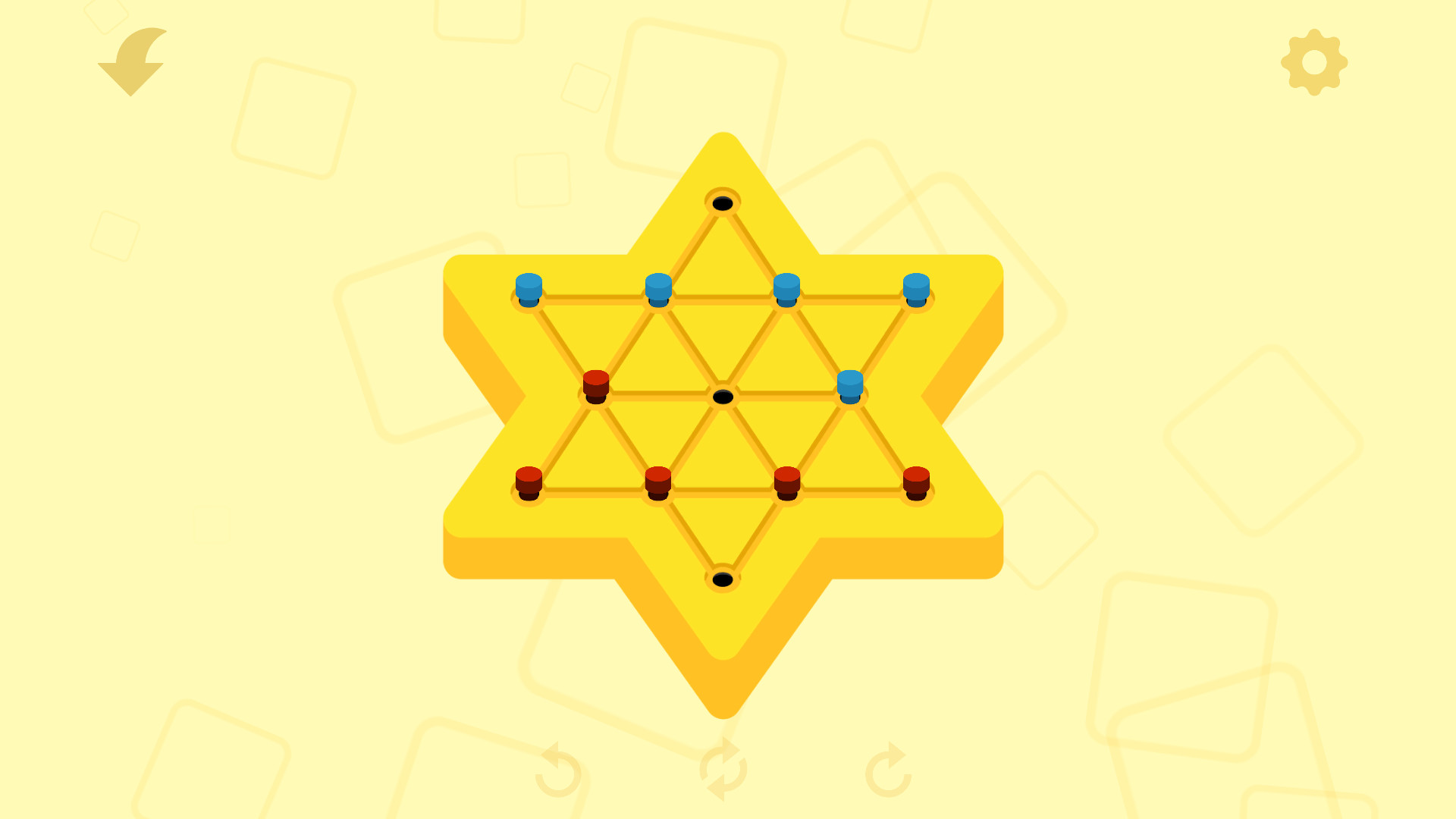 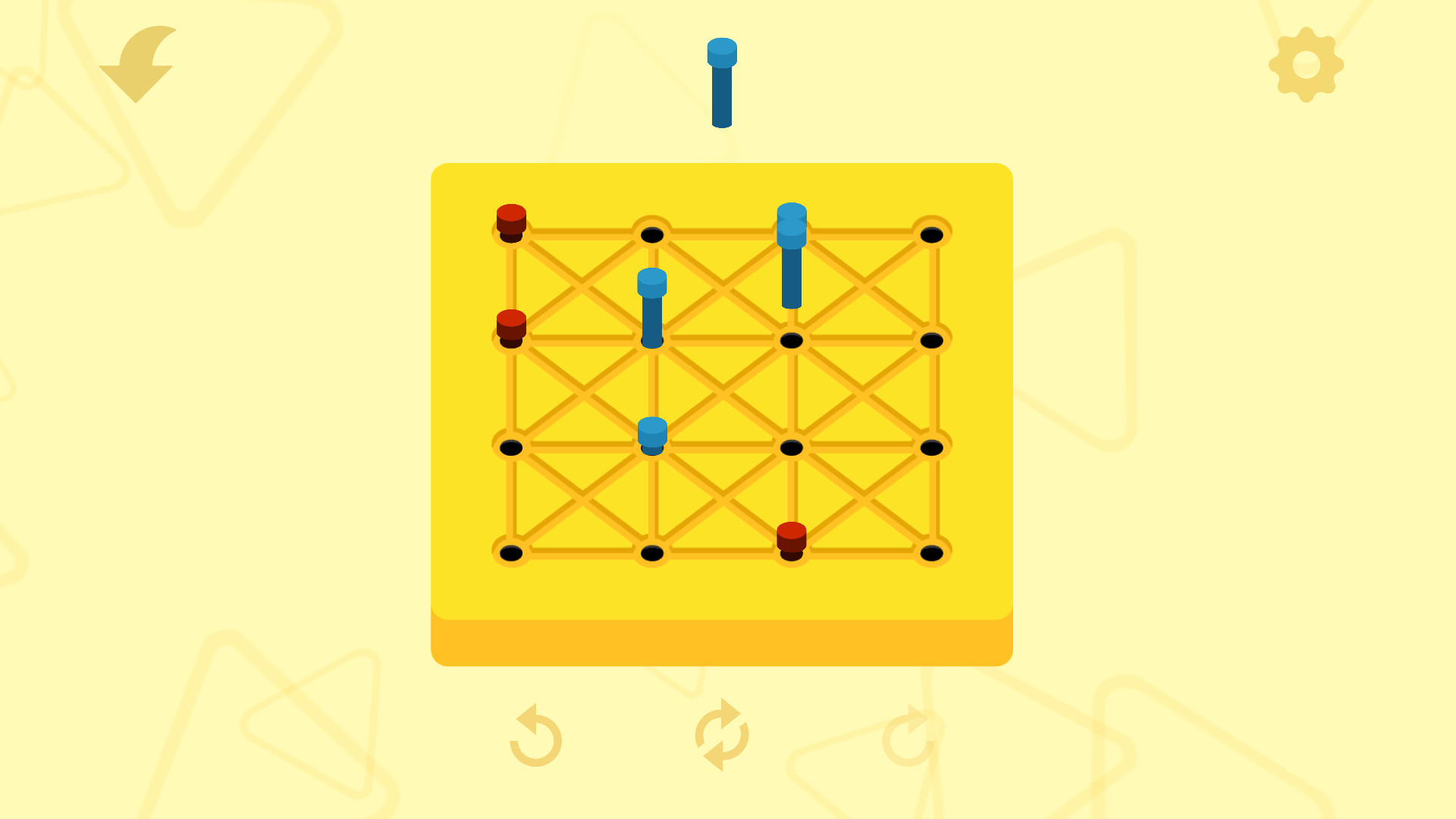 PEG is a minimalist take to the traditional solitaire game of the same name. The goal of the game is to leave two pieces on the board (one of each color) by following the rule: "Blue eats blue, red eats red." A puzzler that is deceptively simple but hard to master.

Moving pegs. Removing pegs. These two simple mechanics allow for an incredible amount of possible strategies to aim for the each puzzle’s solution. Future planning. Piece set-up. These equally simple skills will be gradually honed to tackle the hardest puzzles.

Once again, thank you very much to everyone that gave their feedback and support that led to this project’s creation. And of course, a special shout-out to YOU for taking your time to view PEG.

For additional information on the game, as well as other projects from the developer, feel free to visit the official website.