Paradox Vector is a first person shooter, inspired by the vector graphics games of the early 80’s and the impossible geometry of M.C. Escher, Roger Penrose and others. Explore impossible passageways and structures, while fending off the attacks of the inter-dimensional cyborg antagonists.

Its essential elements are a graphic style that hearkens back to the early 80’s, fast paced combat, and impossible geometry that makes the levels challenging and unique. 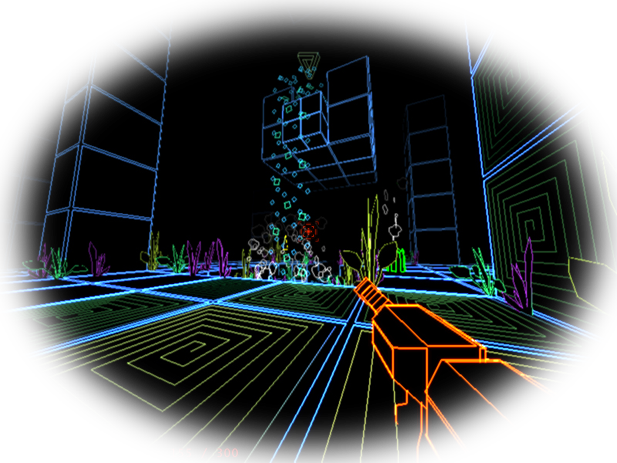 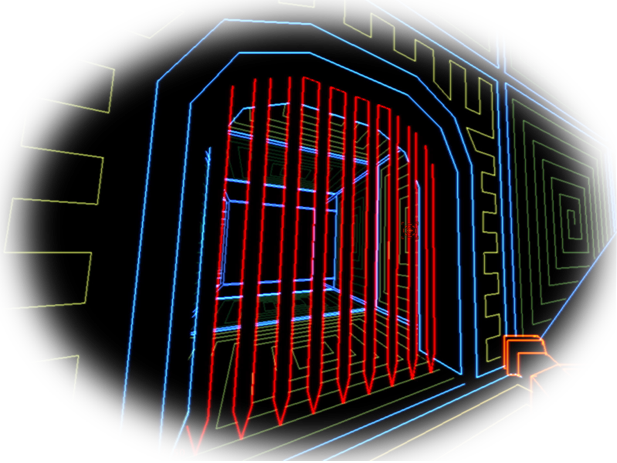 Vector Graphics
Vector graphics were a way to render 3D-like images back in the early days of video games. Vectors are still used in all 3D engines, but the original look of having only the lines rendered has been all but forgotten. Having grown up with some of the old school vector games, I wanted to see what could be done with that style. I feel like it has a lot of potential, and serves as an alternative to pixel art, as a different kind of retro game. 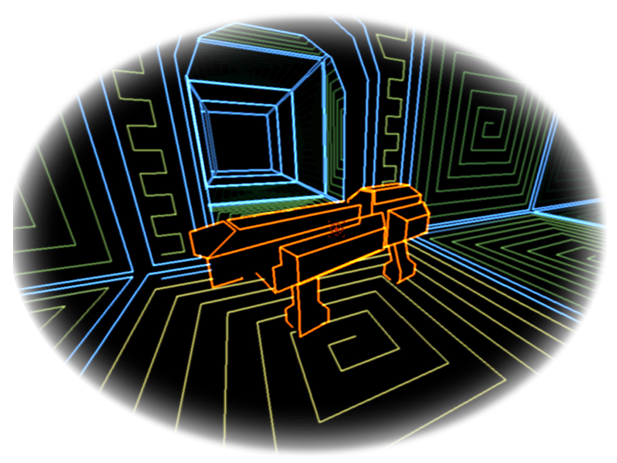 Don’t take anything for granted in this fast paced action game. Paradox Vector is not a puzzle game, but an action game set in a puzzling environment. Hallways appear to go one way but actually go another, enemies may attack from angles you might not expect, and navigating levels may require you to think outside of the box!