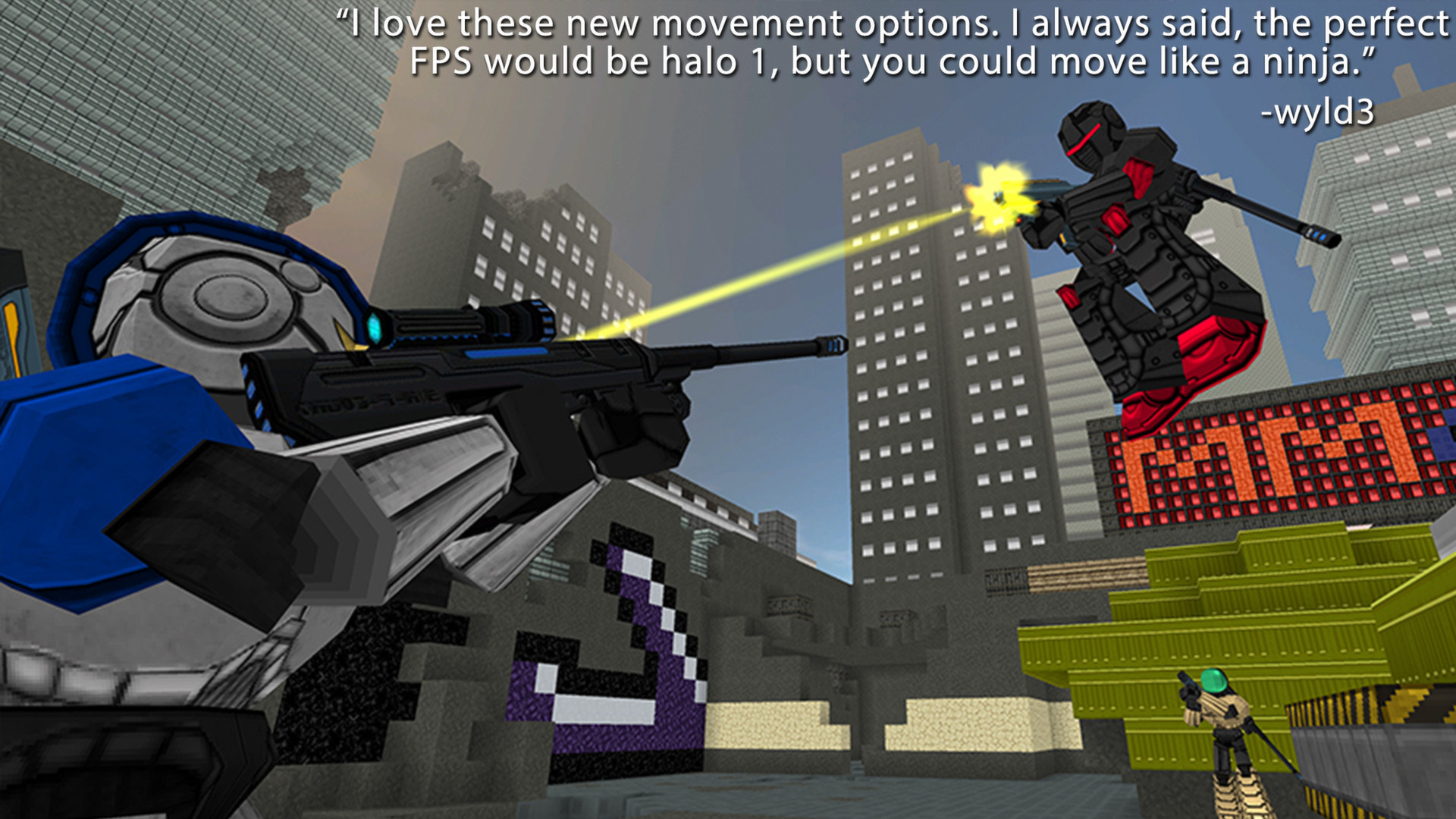 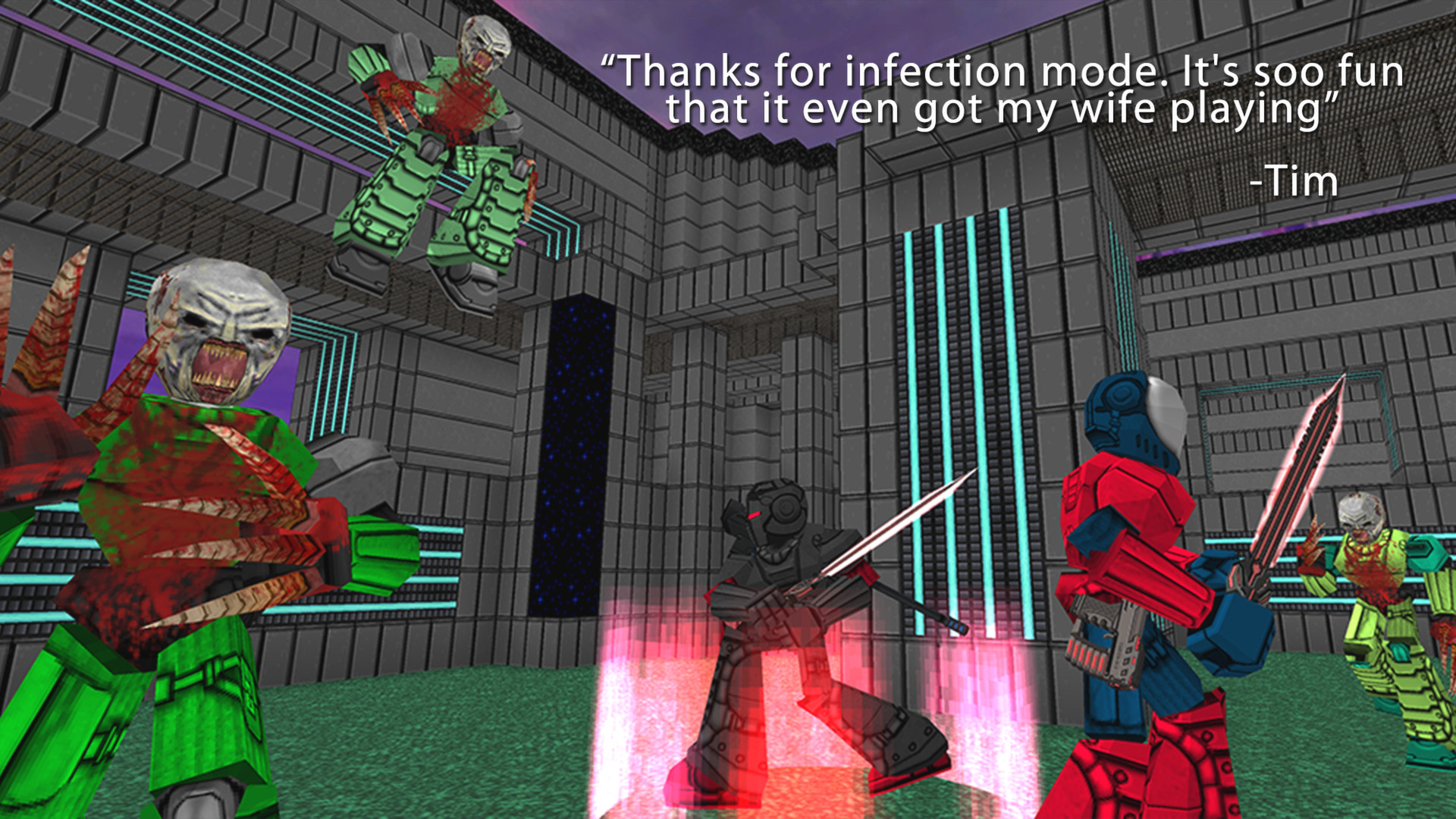 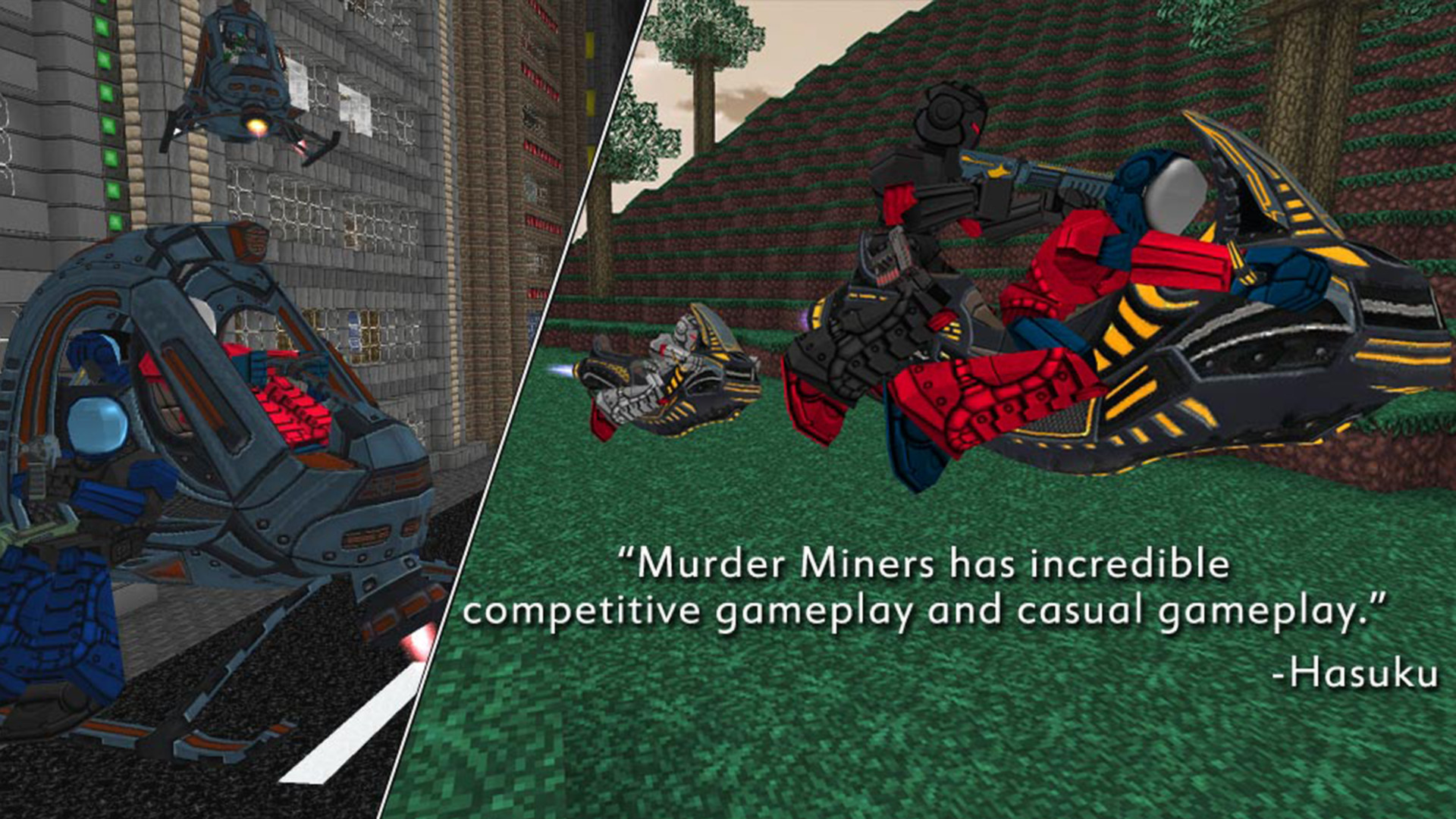 Murder Miners is the #1 rated Xbox Live Indie Game. We still host community playdates every Wednesday at 6PM Central. Join the Murder Miners Steam group to be notified of the weekly playdate. We’ll also notify you when the sequel, Murder Miners X, is released on Steam Early Access.

3-shot-kill pistol included, with new additions such as wall-jumping, unlimited sprint, multi-directional dashing, alt-fire modes, and the ability to choose any weapon at spawn.

One player starts as a zombie with the goal of infecting the other players until they’ve all turned over to the zombie army. The humans can use the Minergun to build forts, while the zombies can dig through walls and use their tentacle grab to reach higher places or pull players toward them. Unique to our game is the ability to feast on player corpses to level up your zombie. You can play this mode with up to 30 players. We’ll usually have a full 30 player lobby in our weekly JForce play date. Come join us! It’s a very intense experience when you’re the last man standing and you have a whole swarm of player-controlled zombies coming after you.

The Minergun makes map-creation easy and fun. Almost every popular map you can think of has been remade by our community, and you can share them via Steam Workshop.