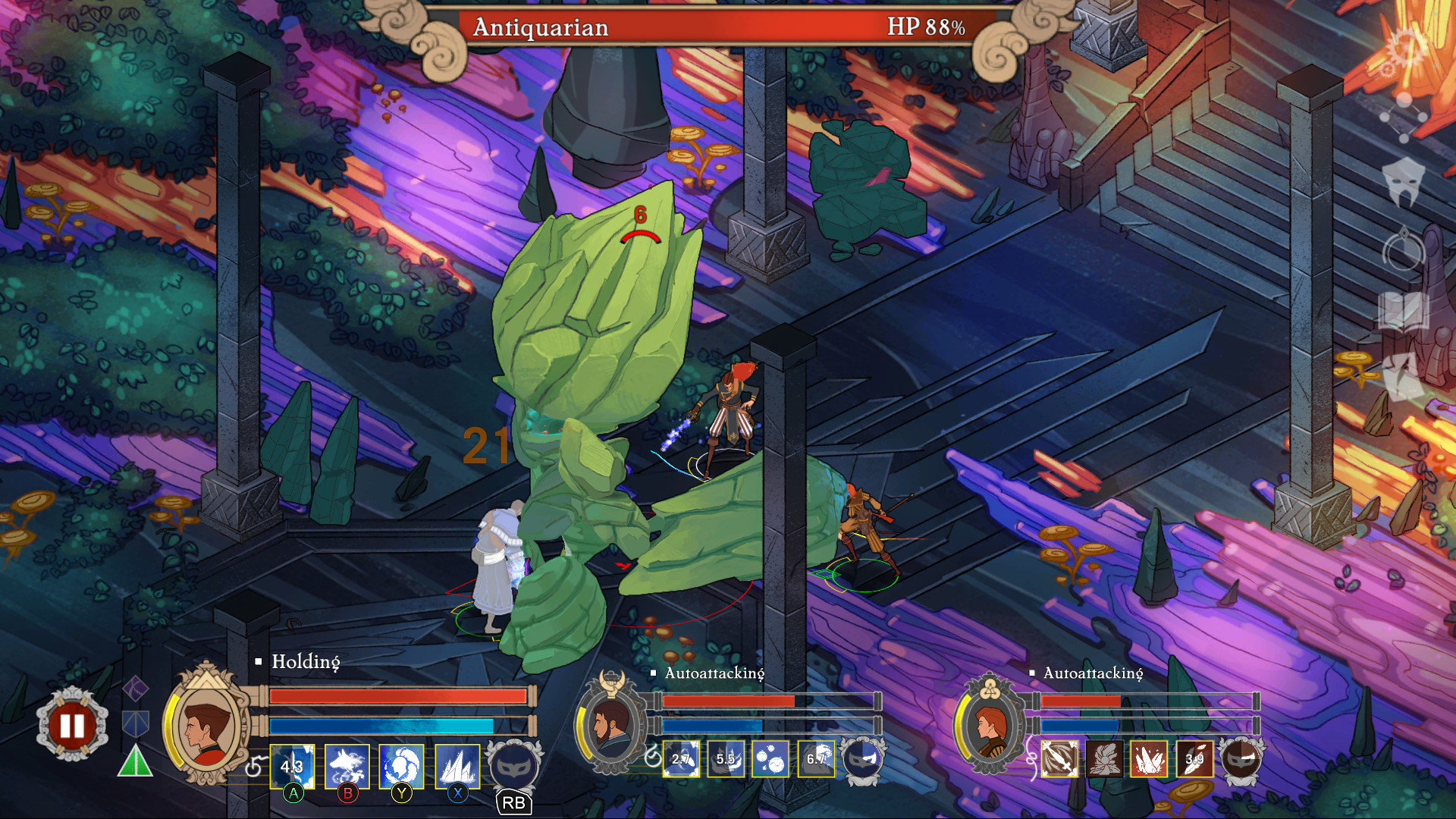 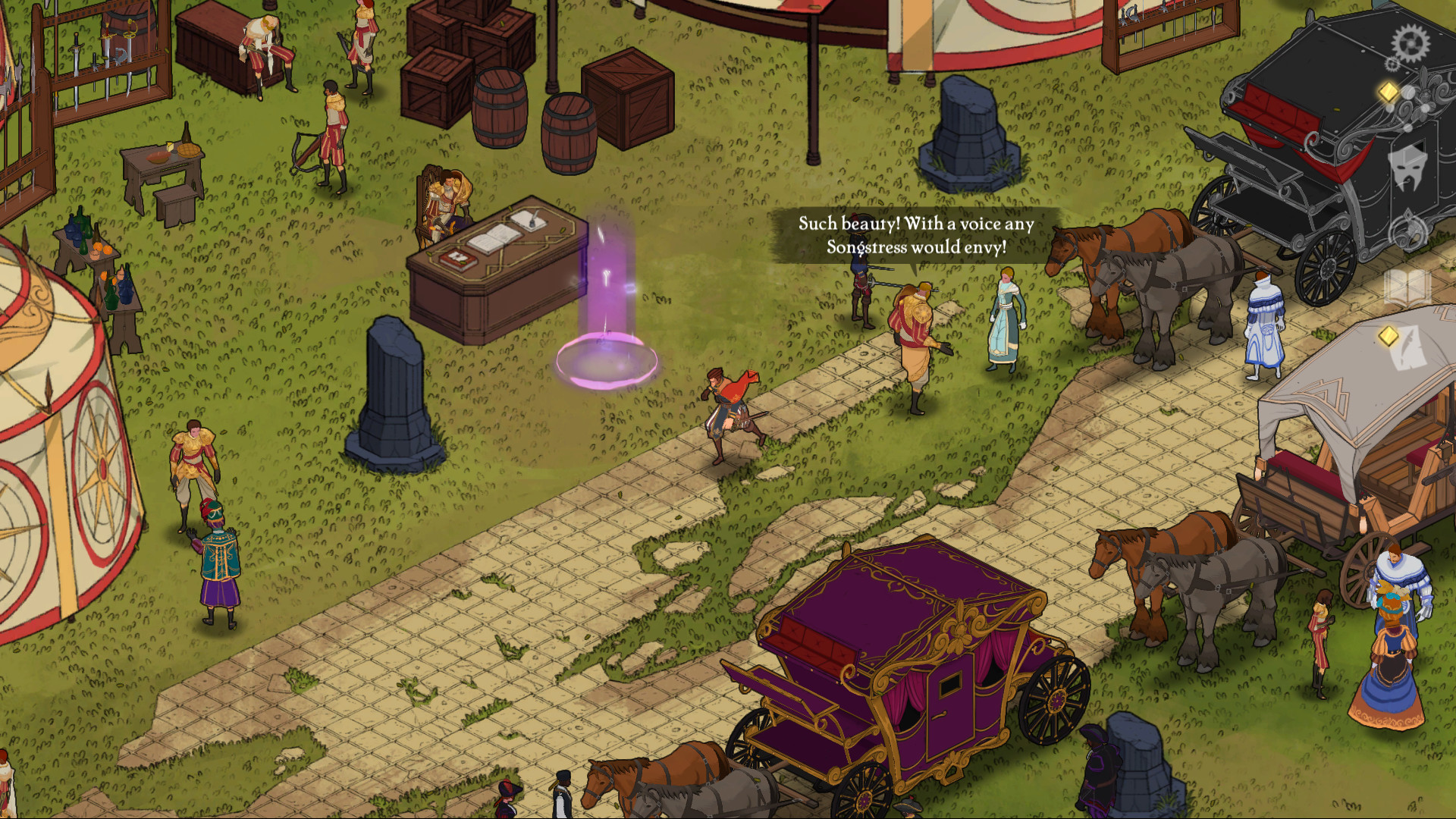 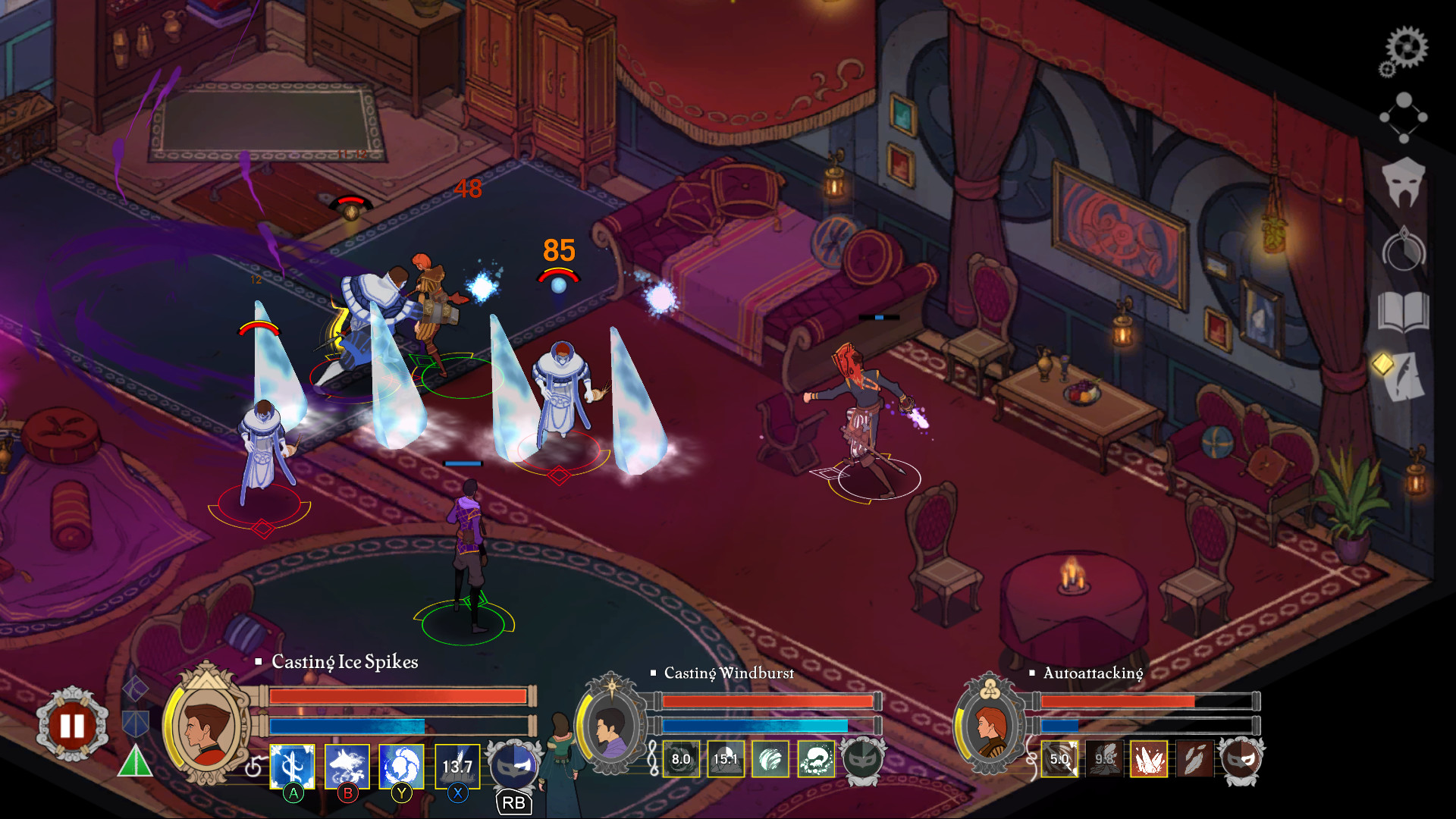 Navigate the masked deceptions and deadly magic of a vividly Venetian city in this fully voiced pause-for-tactics RPG.

In the turmoil-ridden Citte della Ombre, religion holds no sway. Only the songs sung of one’s deeds will carry an Ombrian’s legacy beyond death. Those who hold even the smallest morsel of power will make every effort to ensure their songs live on. Enter the Mascherines – masks that grant their wielders the power to channel the elements and cast destructive magic.

The Mascherines have perpetuated a culture of inequality between the power-hungry guildsmen known as the Masquerada and the impoverished lower classes, the Contadani. A prolonged civil war, ignited by Contadani rebels who steal Mascherines from the Masquerada, has only drawn scars of mistrust across the Citte since.

One of Ombre’s finest sleuths, Cicero Gavar, was exiled for a crime against the state five years ago, but he is now summoned back to Ombre to solve the mysterious kidnapping of the diplomat Razitof Azrus. As other members of the Masquerada join his investigation, all having their doubts about one another within this culture of deception, their faith will be pushed to the limit as a deeper conspiracy lurks in the shadows of Ombre.