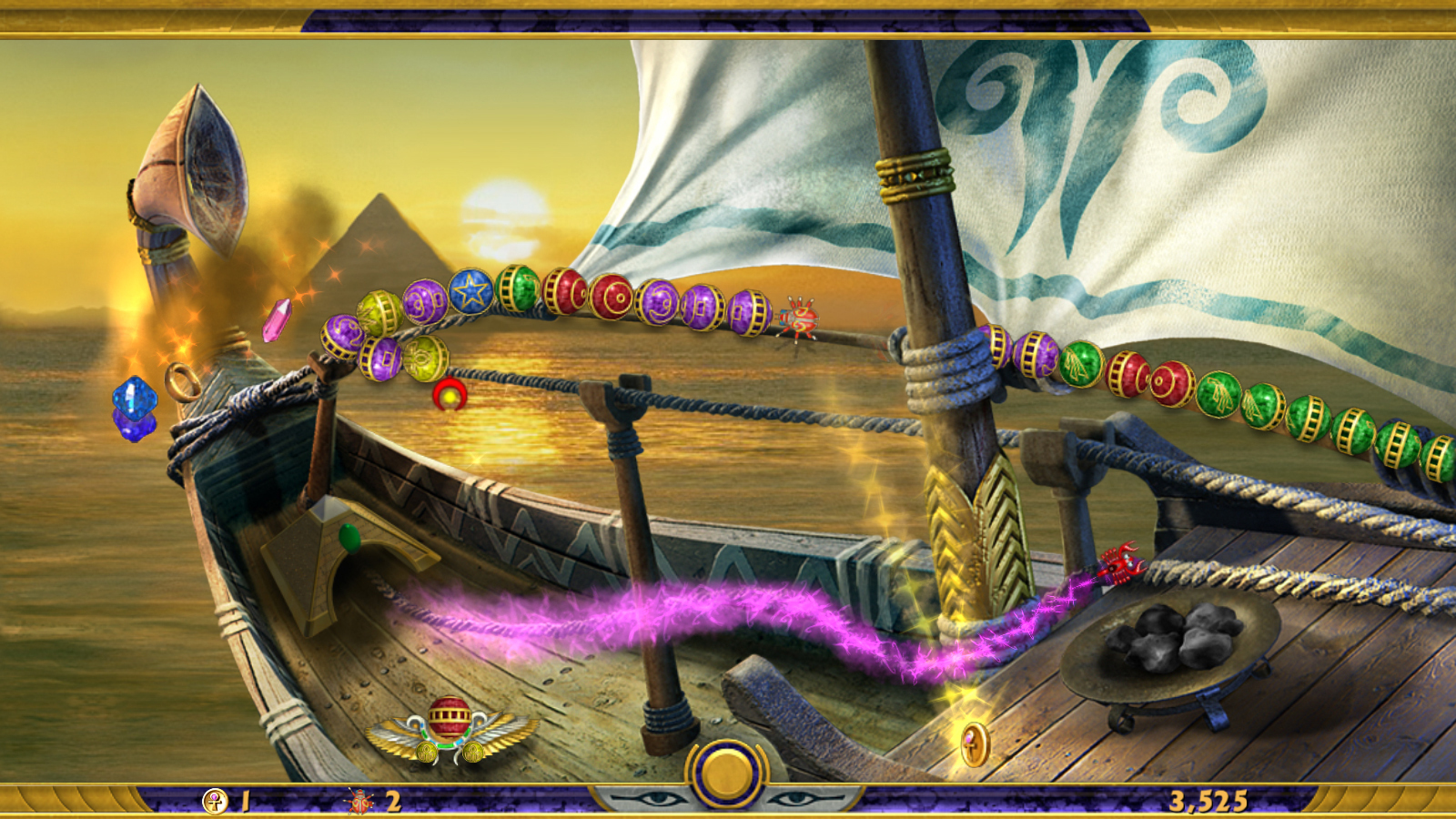 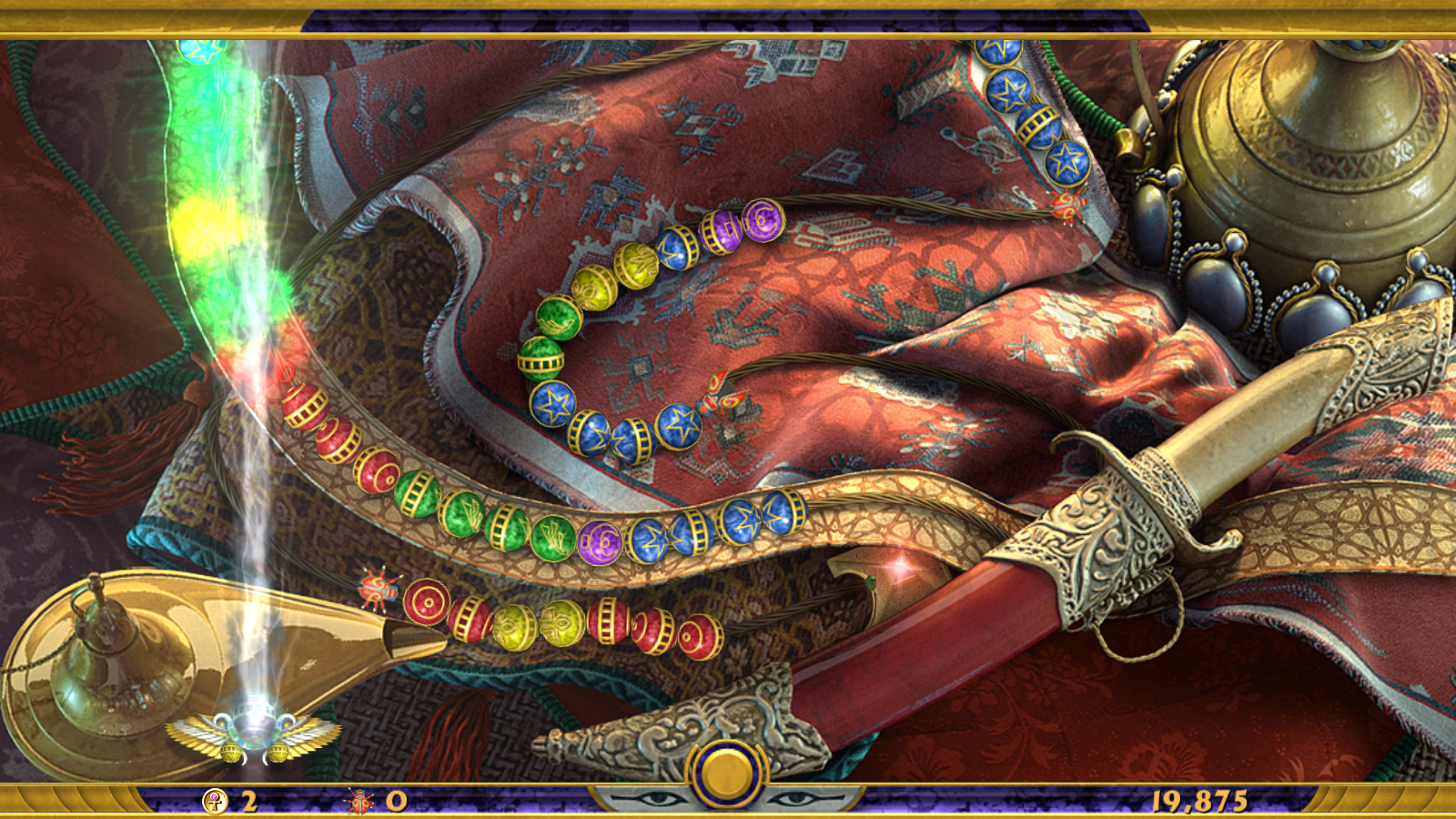 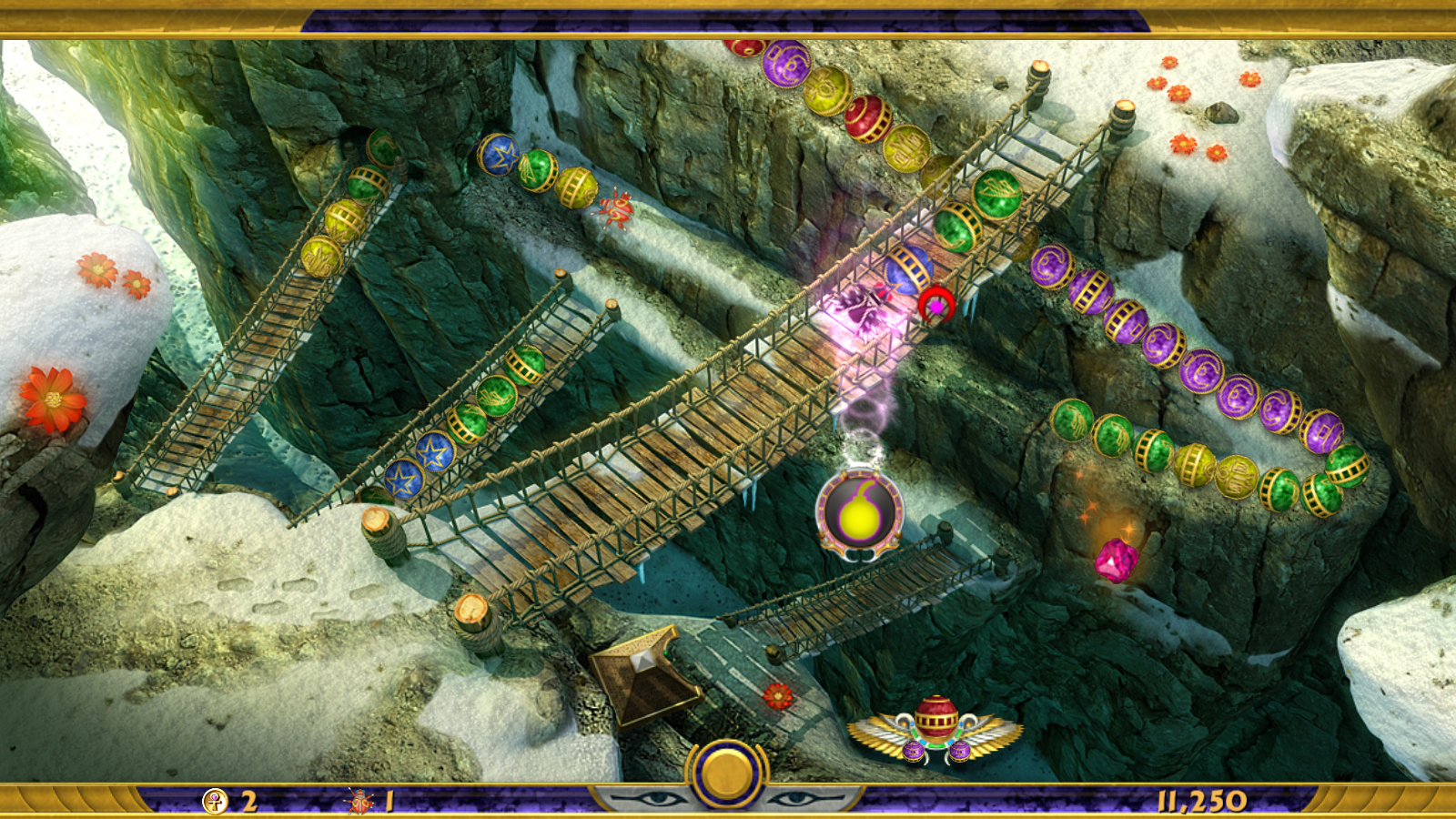 LUXOR, the #1-selling, action-puzzle game, blasts outside Egypt’s borders and onto the Silk Road in search of riches beyond imagination. One of the most beautiful and well-known faces in history is also one of its greatest mysteries. When the sacred artifacts of Queen Nefertiti are robbed, her earth-bound spirit calls upon you to find them so her eternal spirit will rise. Wielding the falcon-wing shooter of Horus, you choose your own paths on an expansive journey out of Egypt.

In your quest to reveal and assemble Queen Nefertiti’s artifact pieces, you’ll explore exotic Persia, Syria, India and other regions of the Near East. Track down each of the robbers before the sands of fate shift and defeat them in an all-new Battle Mode. Your great adventure awaits in, LUXOR: Quest for the Afterlife!