Inside Depth 6 places focus on creating an atmosphere of great terror, suspense, and anticipation for the player. With a dark storyline, and an intensifying horror experience, the further you descend, Depth 6 is sure to keep you on the edge of your seat.

The government has decided to cement the entrance of the Purple Lavender mine after reporting over 117 deaths in the mine and an additional 24 missing. This does not make sense, why did so many people have to perish before action was taken to close down the mine, and how could so many sneak in when the mine is under constant surveillance?

The Purple Lavender mine is scheduled to be cemented in tomorrow morning. This gives me enough time to quickly get in, document the area, and get out. Something is being hidden, and I intend to find out what.

Here is what I know so far about the Purple Lavender Mine:
1) It is reported to have 6 depths, however, I do not believe this has been confirmed.
2) There is a rumor, the deeper you descend, the more messed up things you will experience. Supposedly the pressure starts to mess with your head.
3) The original miners 70 or so years ago are a mystery. Nobody knows who they were or who their families were.

Inside Depth 6 includes 3 endings coupled with all sorts of achievements, puzzles, and mysteries to solve. And as always, you cannot go wrong with a little Easter egg!

Developer’s Note:
And so, yet another game has been completed. This one came a little later than expected, but better late then never. Inside Depth 6 is the first game I’ve built that does not take place in a single setting. In other words, unlike Suite 776, A Girl’s Fabric Face, Mind’s Eyes, or any other game I’ve built before that typically take place in a home, Inside Depth 6 takes place in a very large mine with changing scenery every corner you turn! Of course, that is one of the reasons this game took so long to build, because it was quite literally much larger and more complicated to build than any of my previous games. Nonetheless, I believe the game turned out quite well, and I believe it does its job quite well. I genuinely hope you all enjoy the experience that Inside Depth 6 has to offer.

I am very happy to say that I am continuing to learn new tricks in game development, and I hope to continue learning even more! It is definitely not easy being a 1-man developer who is self-taught; without a doubt, I do reach many limitations throughout the development journey; however, I believe I am still able to overcome many of my limitations to provide you all with an experience to remember!

With that being said, I want to give everybody who has provided me with support a very big thank you! I will continue to learn, grow, and provide better content for you all year-round 🙂 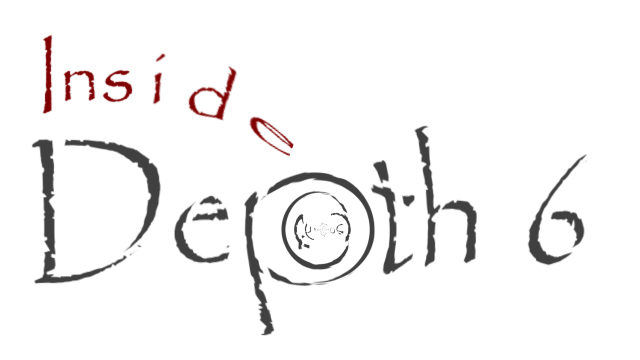