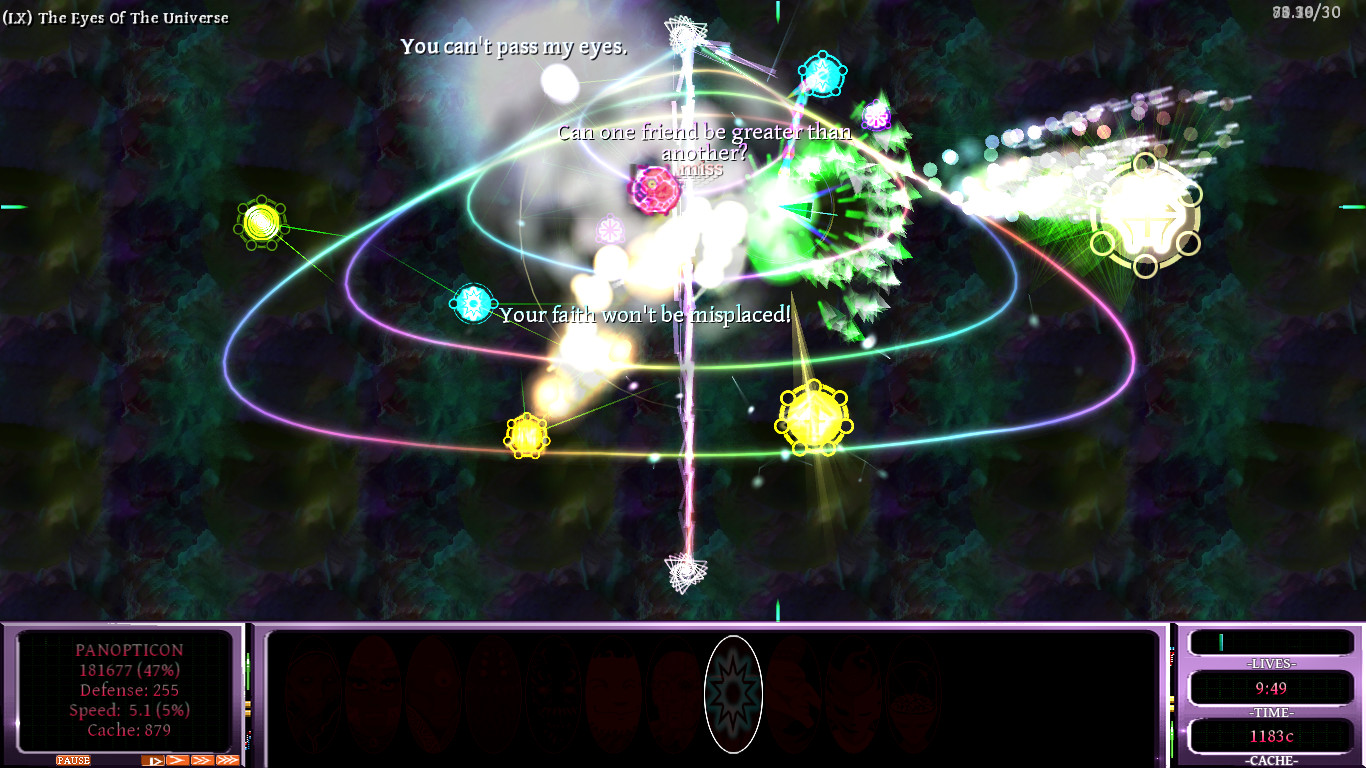 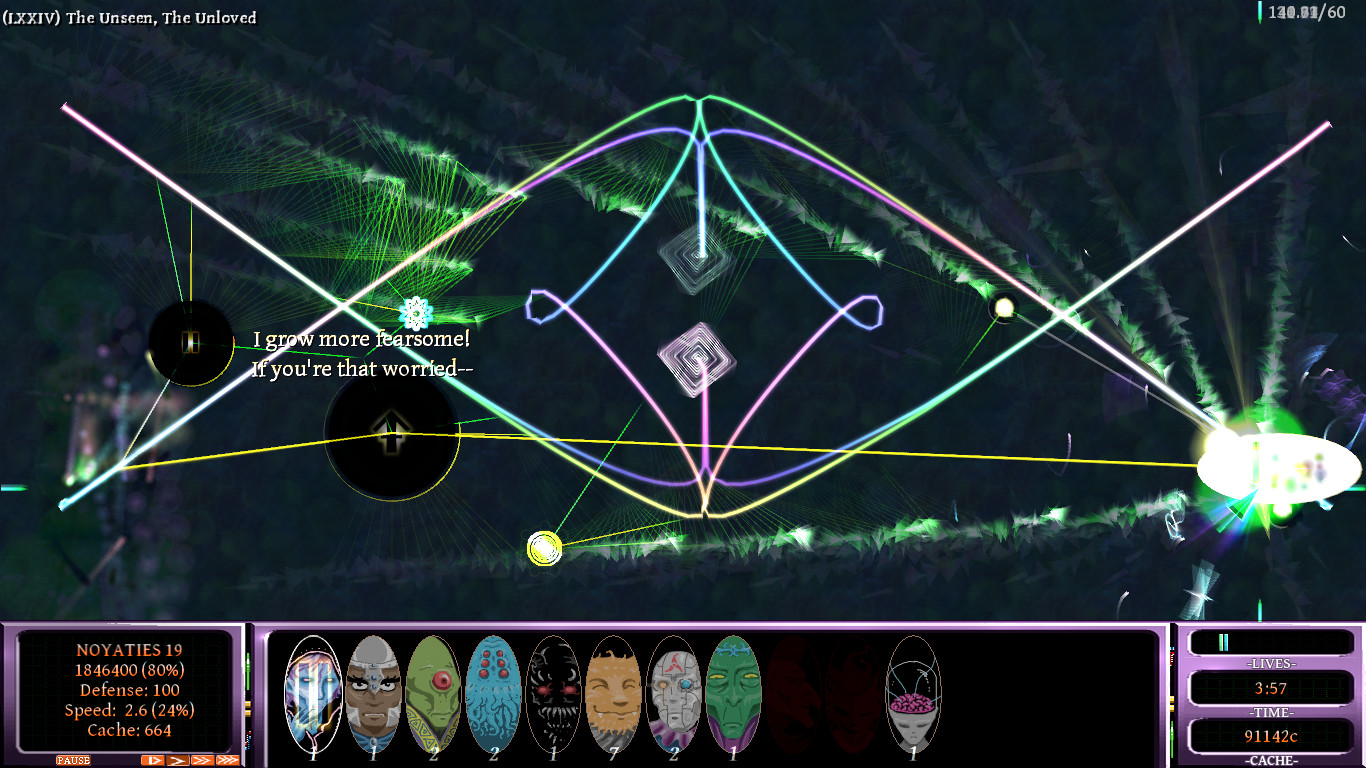 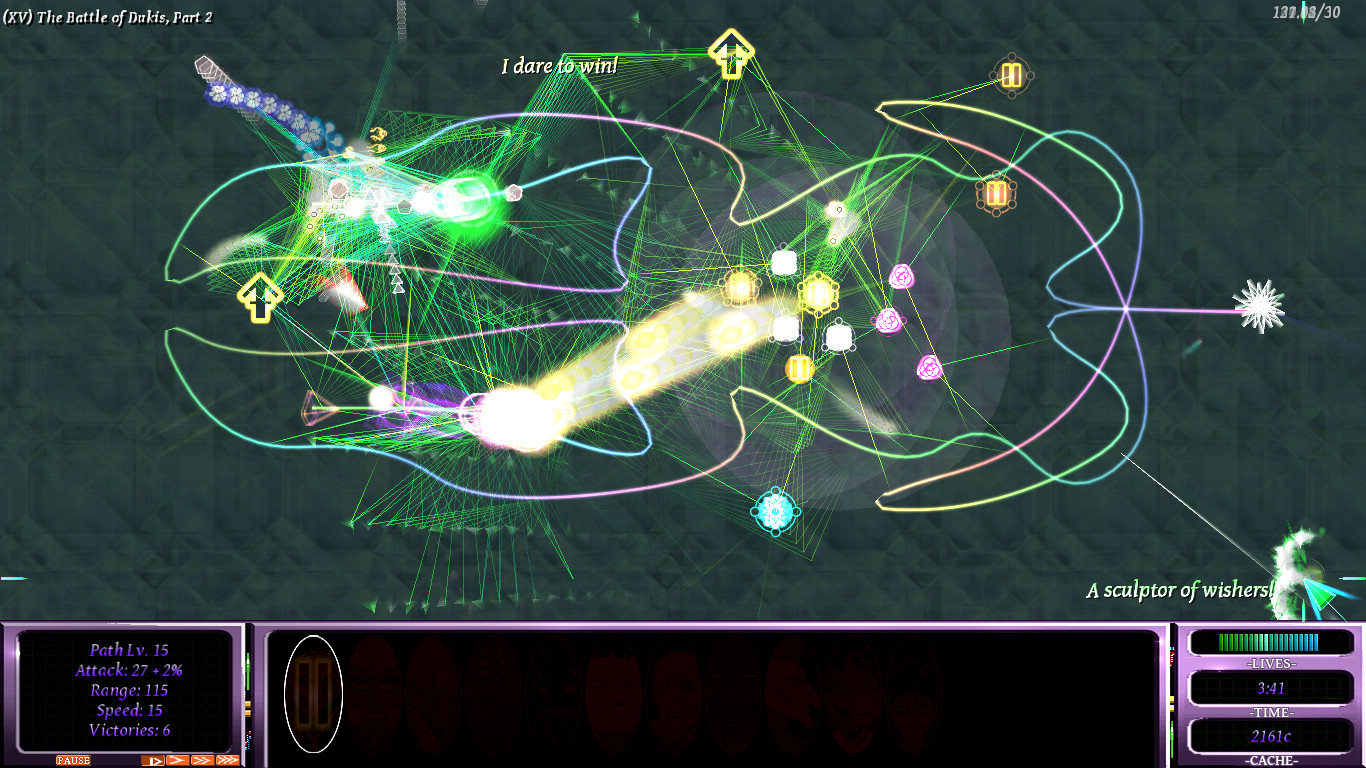 Immortal Defense has been widely praised for the game’s storytelling and unique twist on the tower defense genre, many consider it a cult classic of the subgenre. Its story was written by novelist Jeanne Thornton, and its universe is based on the novel Raberata by Robert Bisno. This new Steam release features many improvements over the original release: Steam achievements which grant gameplay bonuses, leaderboards, improved graphics and performance, widescreen support, an improved level editor, and much more.

WARNING: This game involves a lot of flashing lights and visual effects. If you have sensory issues, such as epilepsy, this game might cause more problems for you than other games. There is a way to turn the visual options down, but even with all the options turned down, it can still be quite flashy.

Immortal Defense has a story-driven campaign with 100 core levels and 50 optional side-quest levels (which can be completed for bonuses that help you with the core levels). The game takes about 20 hours to complete everything in. The game comes with the soundtrack, which is by Long Dao and classical composer Walter Eres. There are also Steam Cards which were hand-painted in watercolor just for this Steam release.

There are 26 types of enemies, each with its own abilities and unique interactions with one another, and 11 types of towers, each of which goes through different forms as they are upgraded, and each of which gains new abilities as the player collects achievements. These are not standard enemy types like "flying" or standard tower types like "long range and slow"–you haven’t seen these before in other tower defense games. The game also comes with a level editor, with Steam Workshop support, and is pre-packaged with an extra 62 levels created by fans.

Note: The game was first released on May 31, 2007, and was updated with new content in 2009, and then again significantly improved for its Steam release in August 2015.