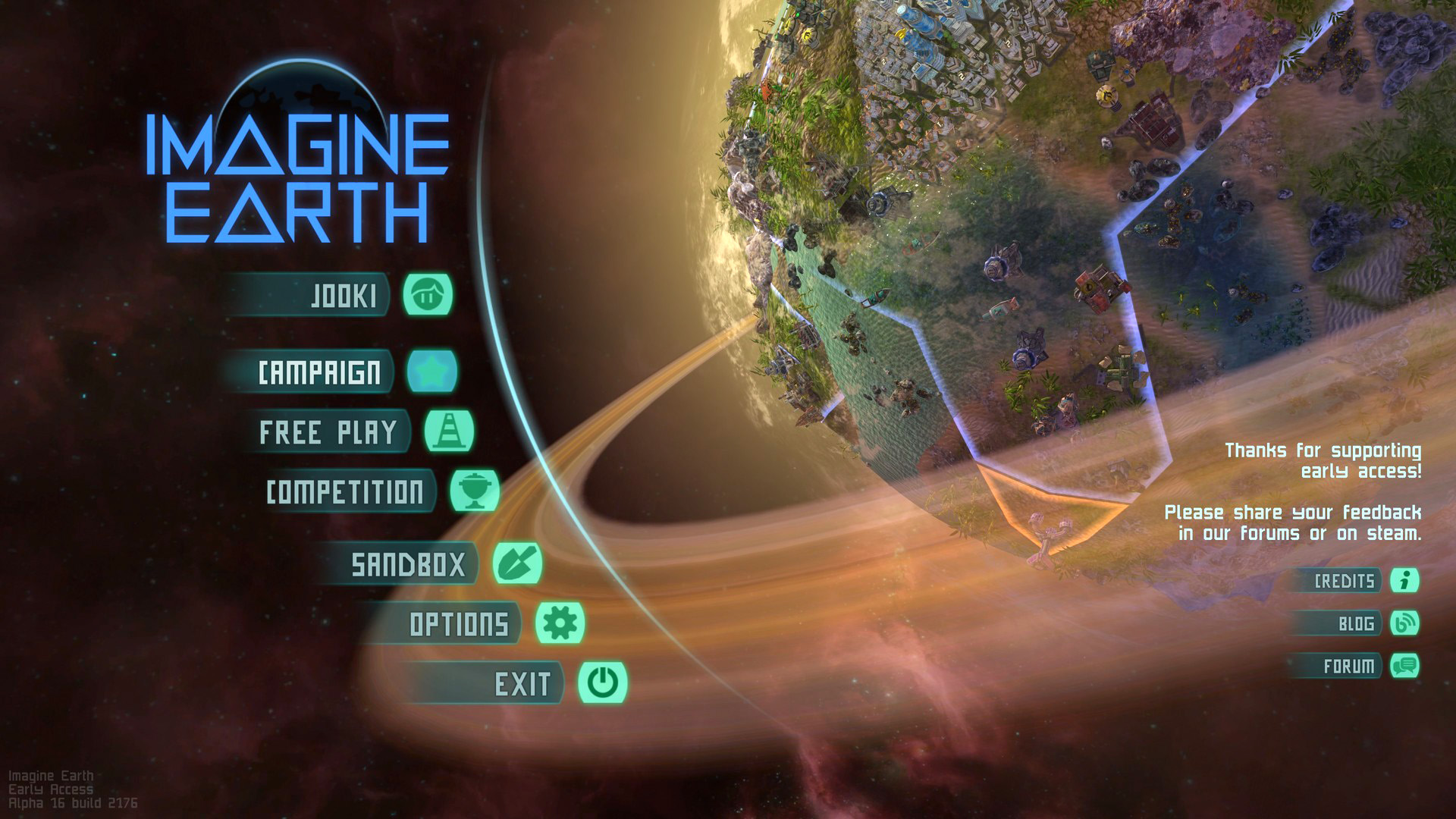 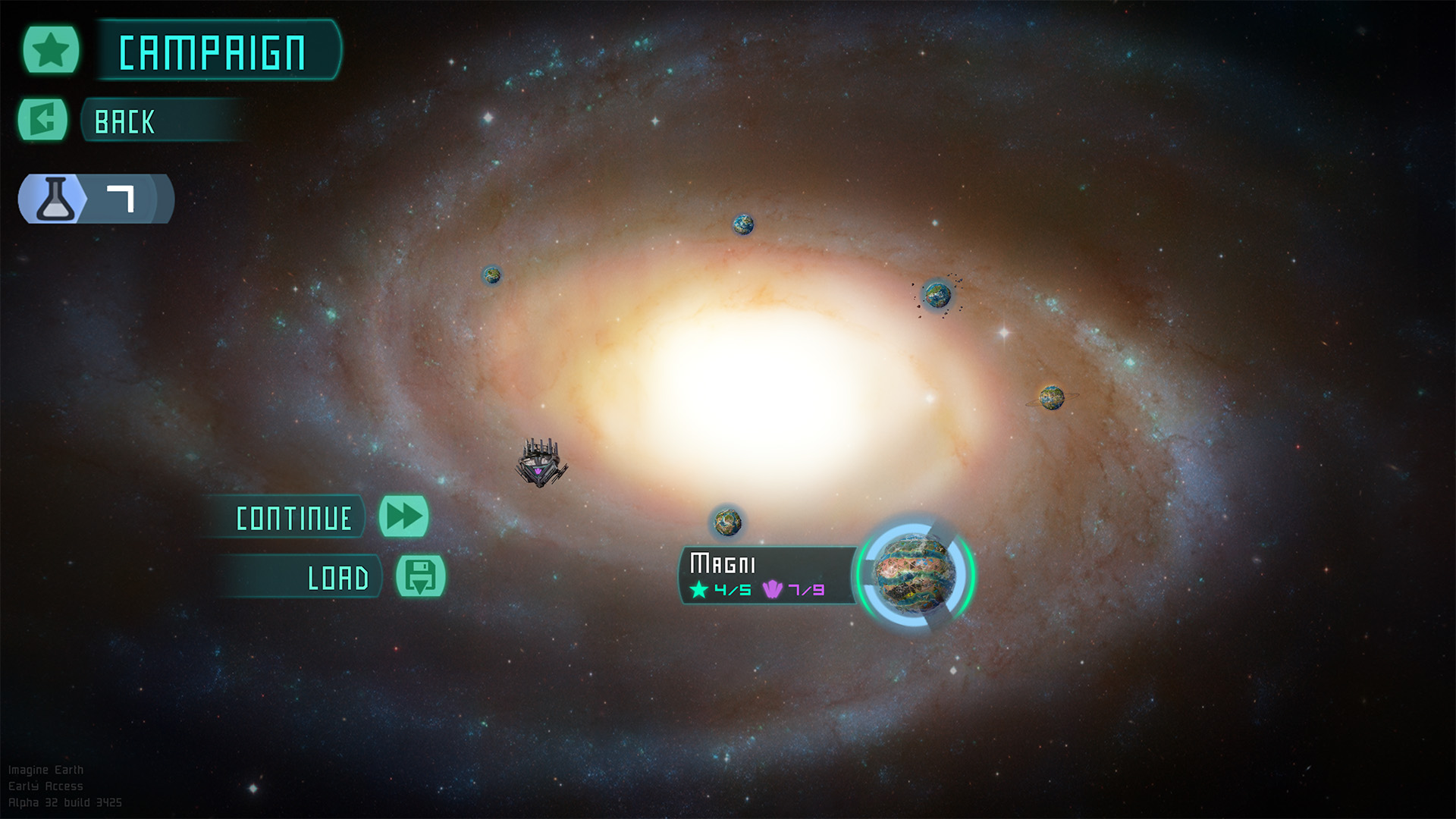 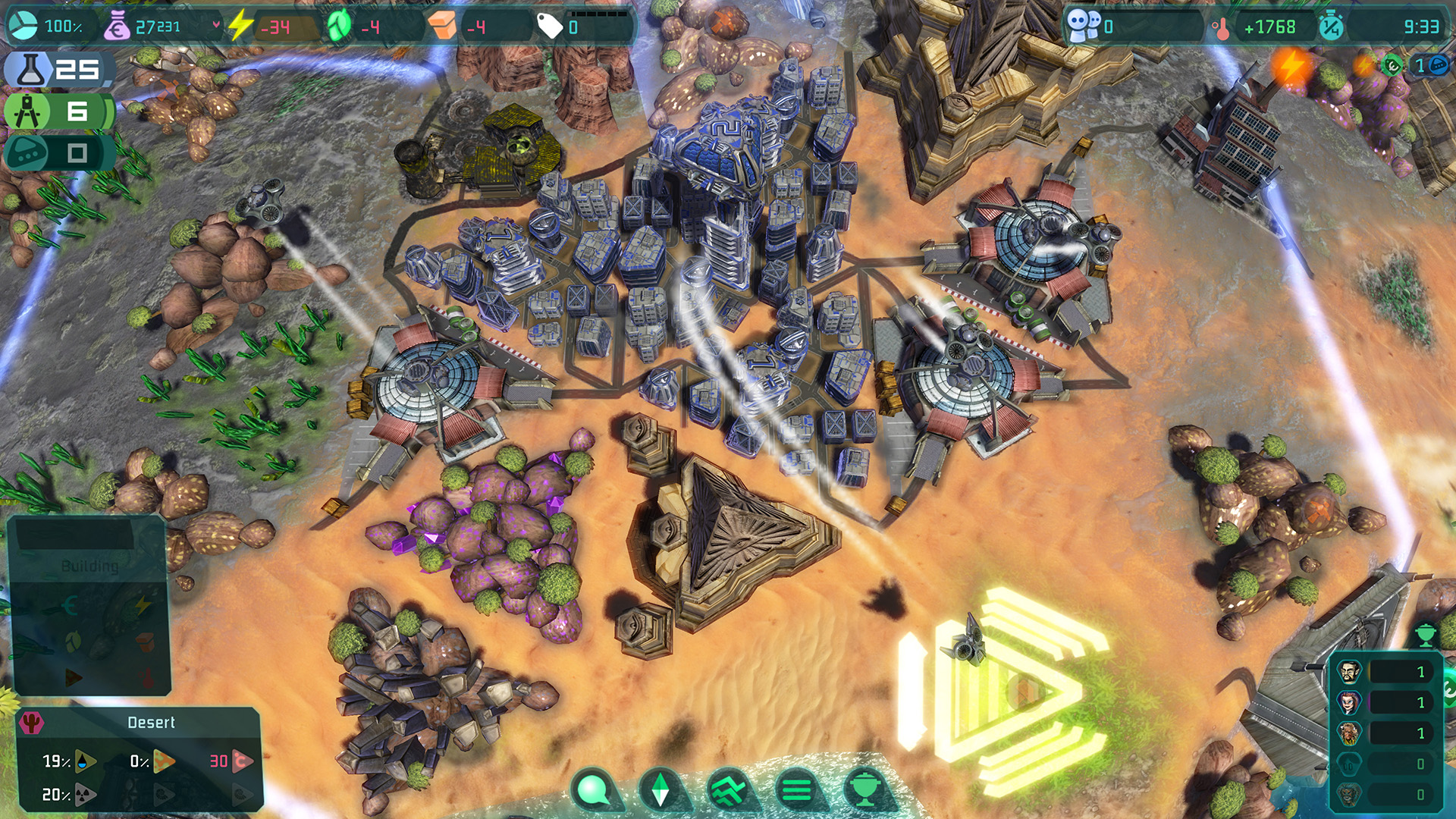 Imagine Earth is a real-time planet simulation and a build up strategy game. Your job as a space colony manager is to explore and populate distant planets. Build up thriving and profitable colonies on a global scale and trade resources and goods into space.

Raise great cities and satisfy their appetite for resources by building power plants, farms and factories. Dig for ideon crystals, pacify riots, research technologies and constructs and maximize your growth while maintaining a healthy ecosystem.

Get ready to deal with threats like asteroid strikes, twisters, wild fires, volcanoes and rising sea levels. Fend off space raiders and alien investors. Coexist and trade with natives, merchants and hostile colonies.

In 2048 huge corporations have divided Earth among themselves and exploited its natural resources to a large extent. Now the discovery of ideon crystals allows journeys into space, while technologically and ideologically almost everything remains the same. The laws of the market are being spread into the universe.

On each discovered planet a competition for economic dominance breaks out. To expand your colony as fast as possible and overcome your opponents you exploit the freely available fossil resources and minerals. Additional money is provided by selling shares of your colony. Take over opposing companies by buying up their shares.

Merchants and technology traders organize the interplanetary trade and will happily buy all minerals and resources you extract from your territory while selling expensive technologies. The same goes for cooperating colonies and alien tribes that live on some of the planets.

You will experience a massive conflict between the profit goals of the interstellar corporations and the need to preserve living conditions for your people. Exhaust emissions and ground pollution impact the global climate as your colony is growing. Increasing temperatures melt down polar caps and your colonies are destroyed by rising sea levels.