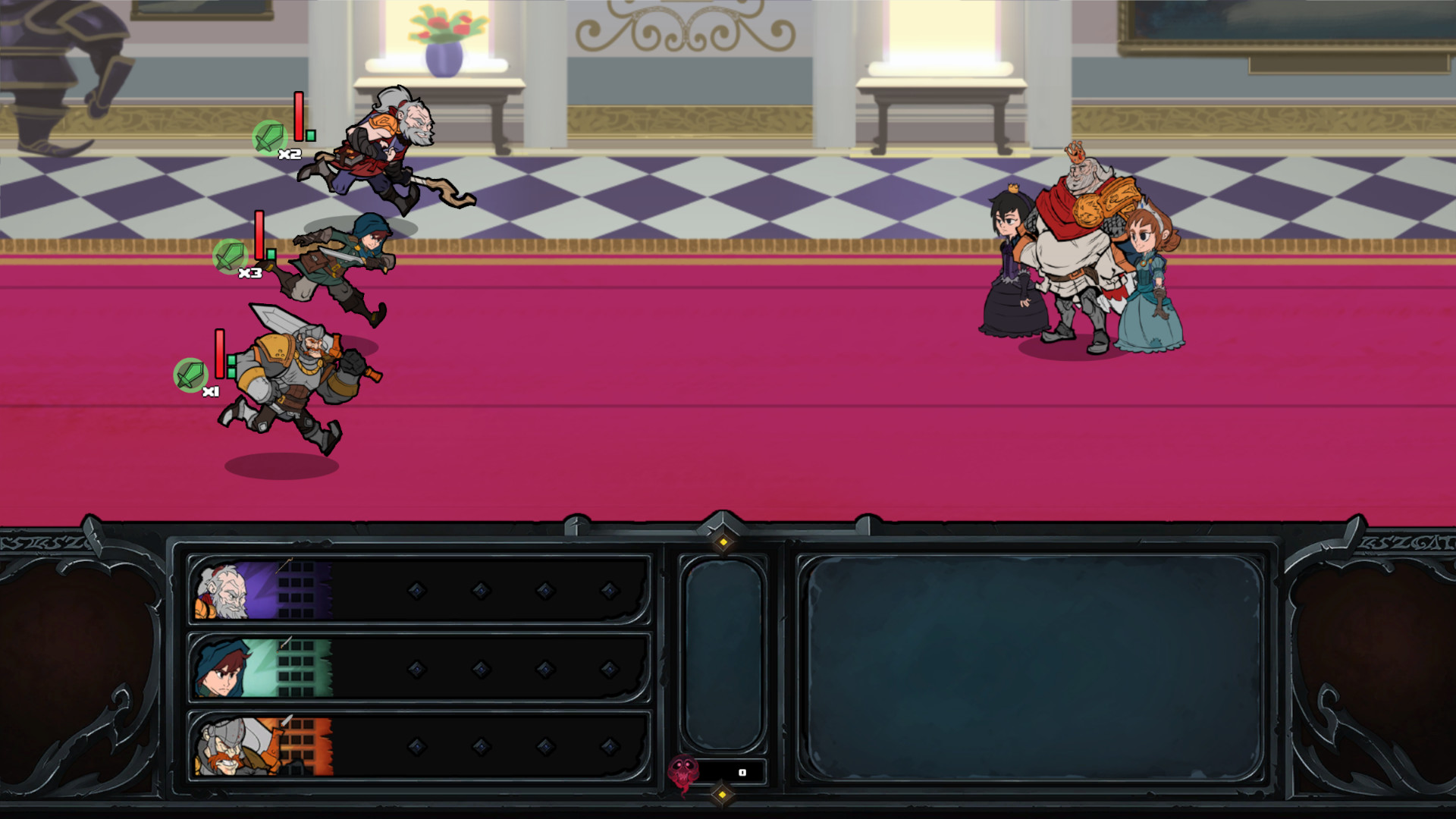 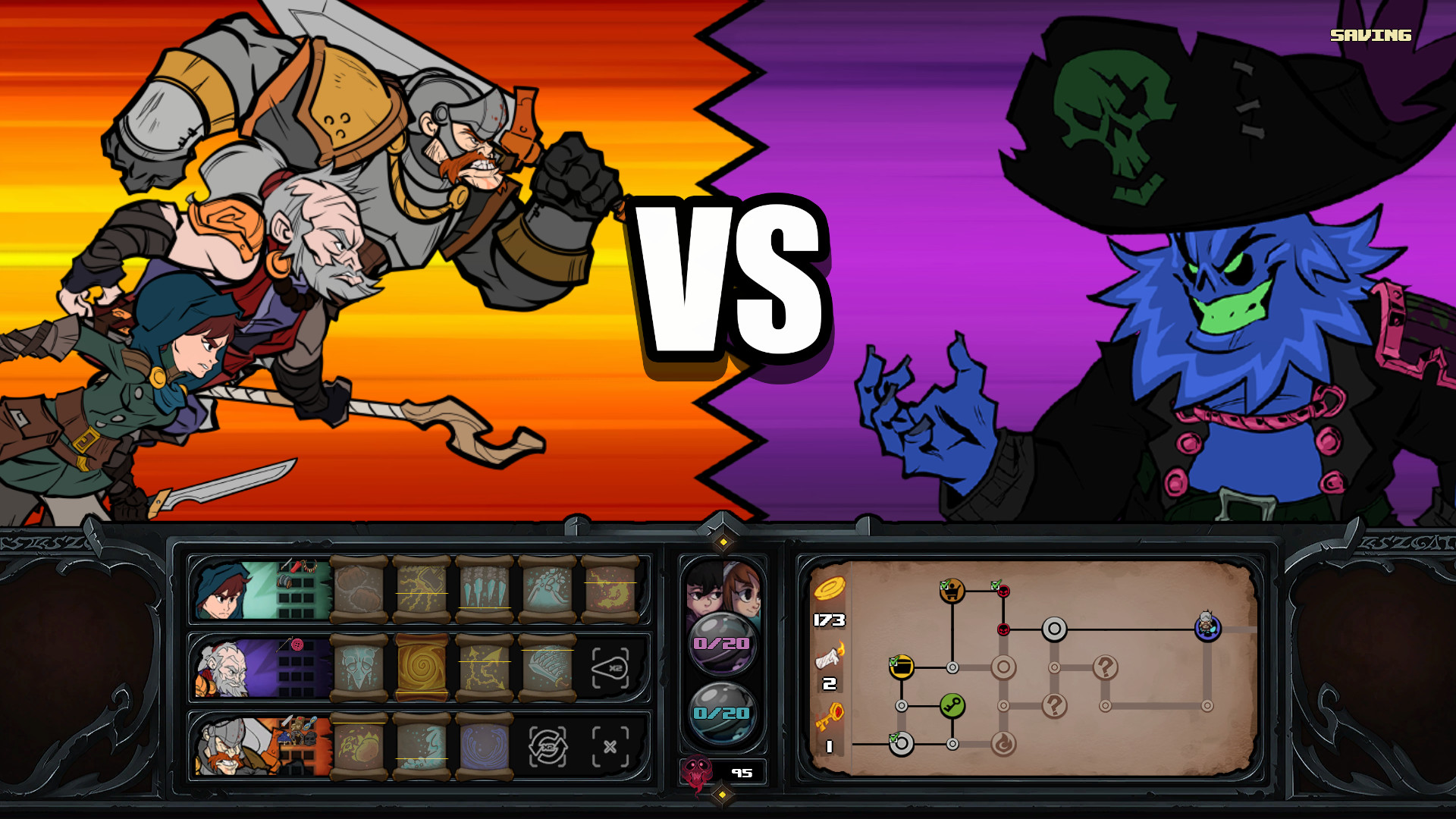 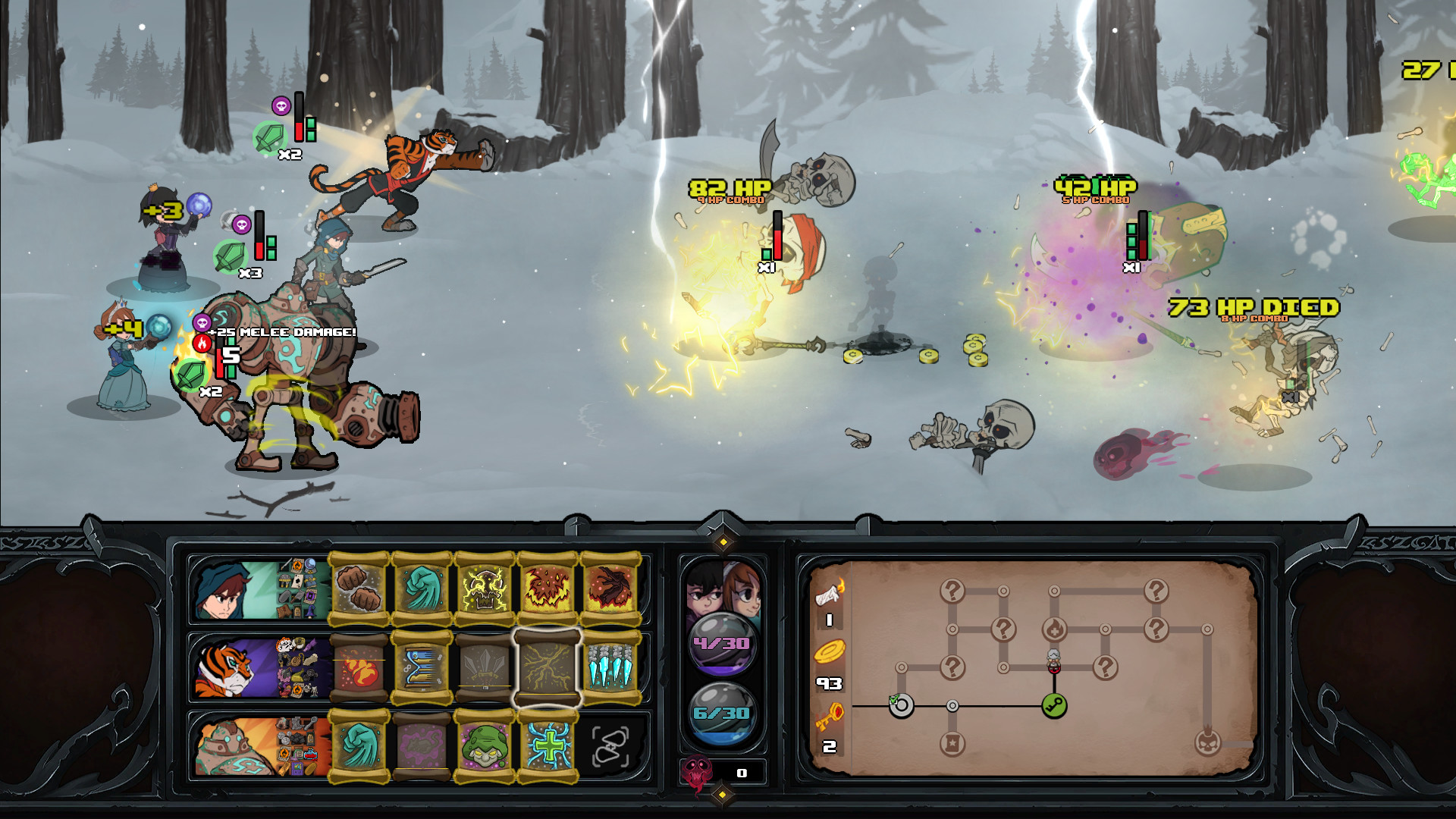 Has-Been Heroes is a challenging, lane-based roguelike game of strategy and action, featuring a band of heroes on a quest to escort the King’s twin princesses to school!

Players control three characters during the journey and must focus on coordinating melee attacks, managing cooldowns and combining hundreds of different spells to create devastating combo effects, all in order to defeat an endless army of undead, summoned in their path by the Great Ghoul!

The rewarding strategy game features irreverent humor, expanding world maps and increasing levels of difficulty, compounded by the specter of permadeath. The massive quantity and randomness of spells and items, as well as additional unlockable heroes allow for thousands of new experiences, forcing players to change their playstyle each time they start a new game.

The teeth of time chew on even the bravest of champions, and there comes a time when wizened old mages and warriors are just one last adventure away from retirement. Thankfully, a young rogue joins the heroic Has-Been Heroes, for who else can read the tiny text on those potion bottles and assist the “rusty” crew? The rogue comes along not a moment too soon, for King Fortinbrax has summoned his oldest, most trusted heroes for a final, epic quest. The heroes must escort the twin Princesses Avaline and Beatrix to a faraway Academy (to school!)- but the road is long and fraught with peril.