Play as The Detective in this thrilling mystery of THE HAUNTED ISLAND! Meet a kooky cast of characters, with clues and quests to help you on your way.

A small sloth has been haunted for weeks by a mysterious ghost that nobody can seem to track down. There’s a mystery afoot, and the only one who can solve it is the renowned investigator known simply as The Detective. Finding clues and questioning suspects is just part of the job for such an experienced frog, but this case is a tough fly to catch. 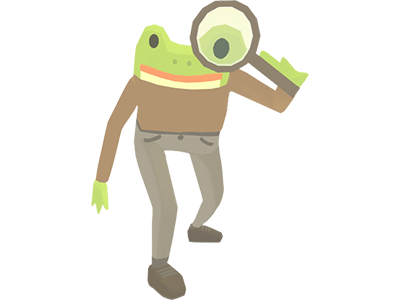 This is a 3D mystery exploration game!