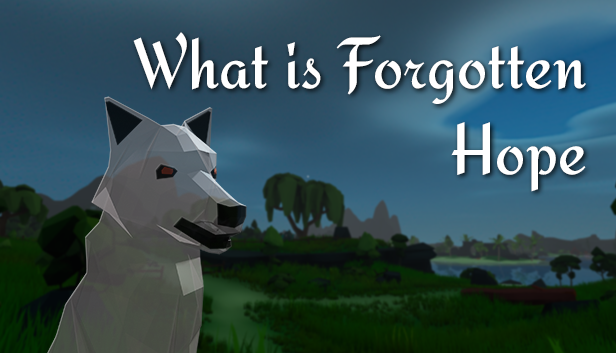 "What do you do when you are feeling alone? Rejected and feeling hopeless? When you feel like your life is not worth fighting for. And that it’s time to end it all?"

Forgotten Hope is a short, first-person narrative-driven video game presented through the eyes of a teenage girl who is trying to reconnect with her past to find answers.

Our protagonist lives in a rural village, and she wakes up in a cave with no memory of who she is and how she got there. She needs to find her way out of the cave and walk around the countryside to find places to regain her lost memories – and figure out what exactly happened to her.

A message from the Developers

Forgotten Hope is centered around the themes of loss, grief, and regret. If anyone asks us why we decided to make our first game based on such dark and matured topics when we could have made something simple and lightweight, the reason was no brainer.

The main reason we decided to take this road was based on the question why many of us play video games in the first place? For a lot of players, video games offer an alternative to cope with depression, anxiety, and other mental health problems (Contrary to popular beliefs of course?). Also, according to reports, 46% of teenagers suffer from mental health-related issues and it is estimated that Eight hundred thousand people die due to suicide every year. (WHO – September 2019)

Our goal while creating Forgotten Hope was to increase mental health awareness because mental health affects everyone differently and recognizing when to get help yourself or offer support to someone else is a crucial step in changing those statistics for the better. ~ Black Hammer Studios 🇱🇰

What The Box? İndir Yükle