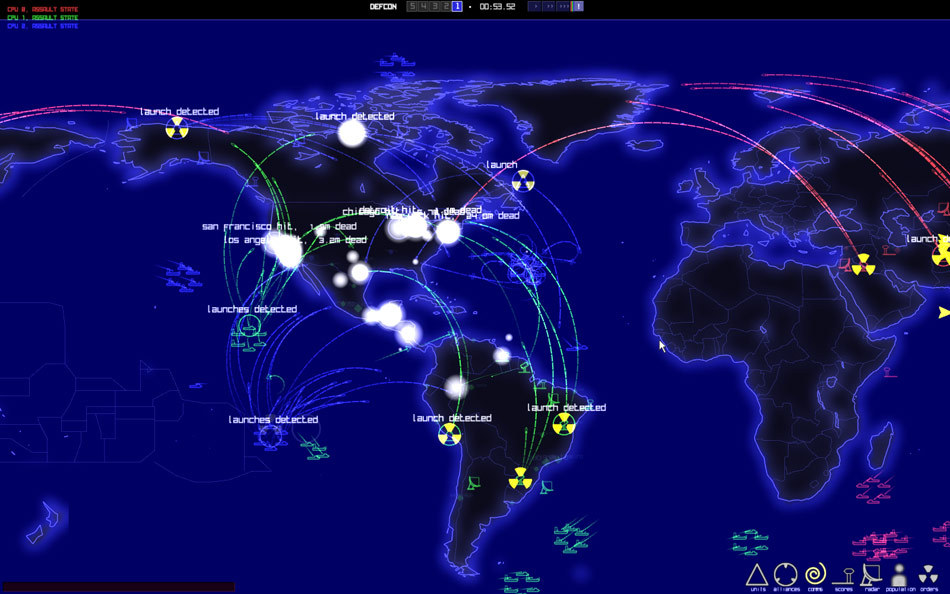 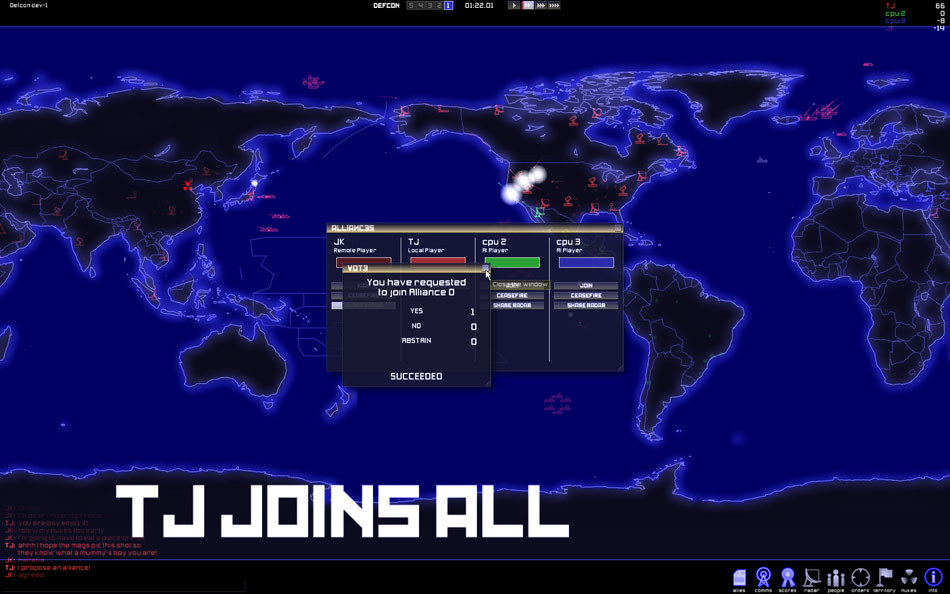 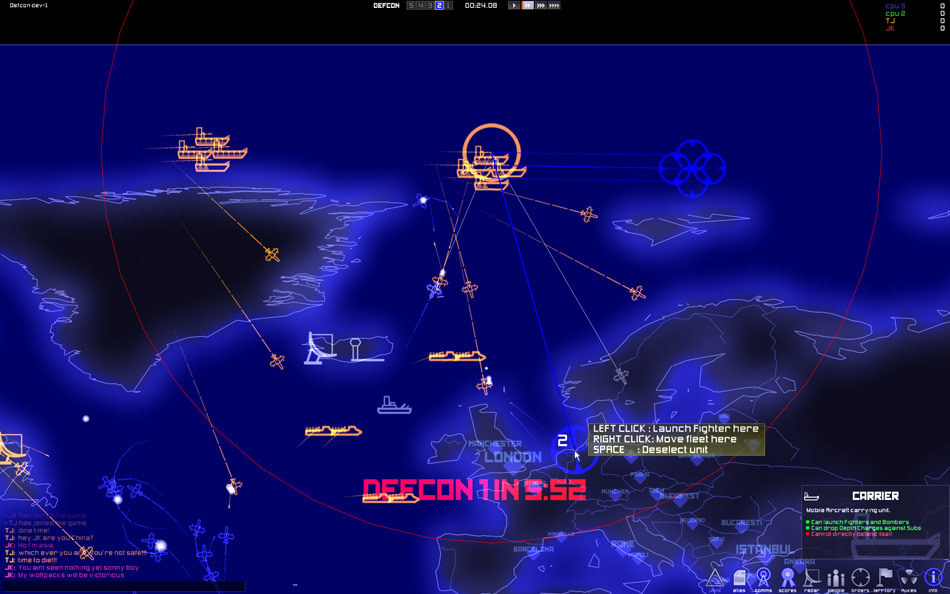 Inspired by the 1983 cult classic film, Wargames, DEFCON superbly evokes the tension, paranoia and suspicion of the Cold War era, playing on the fascinating aspects of psychological gameplay that occur during strategic nuclear warfare.
You play a General hidden deep within an underground bunker. Your mission is to successfully exterminate your enemy’s civilian population whilst saving your own. Points are awarded or lost depending on both the efficacy and thoroughness of your nuclear vendetta and the number of your own civilian deaths. In order to win you must wipe out the enemy population and simultaneously disable the enemy’s ability to retaliate against you. This is an extremely difficult task since launching an attack on the enemy exposes the positions of your own Ground Silos, Subs and Bombers the moment they launch nuclear weapons, making you extremely vulnerable and exposed to a crushing counter-attack.
Desperate attempts must be made to form fast, tactical alliances, alliances that may at any moment break-down to become the treacherous and most deadly of betrayals. Everyone looks to each other in a state of nervous suspense and paranoid accusation. In all-out nuclear Armageddon, everybody dies, everybody loses, you just have to make sure you lose the least!