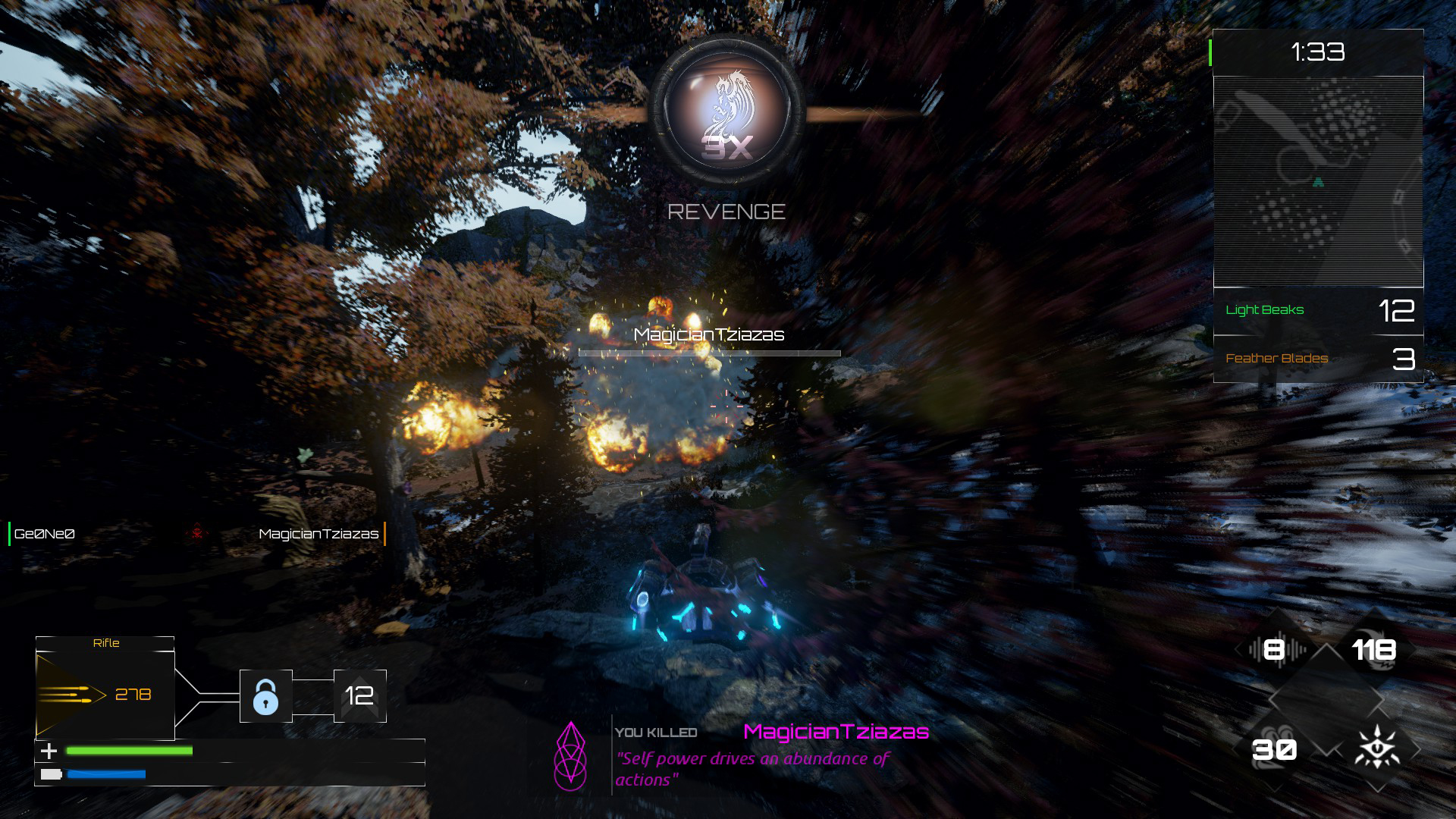 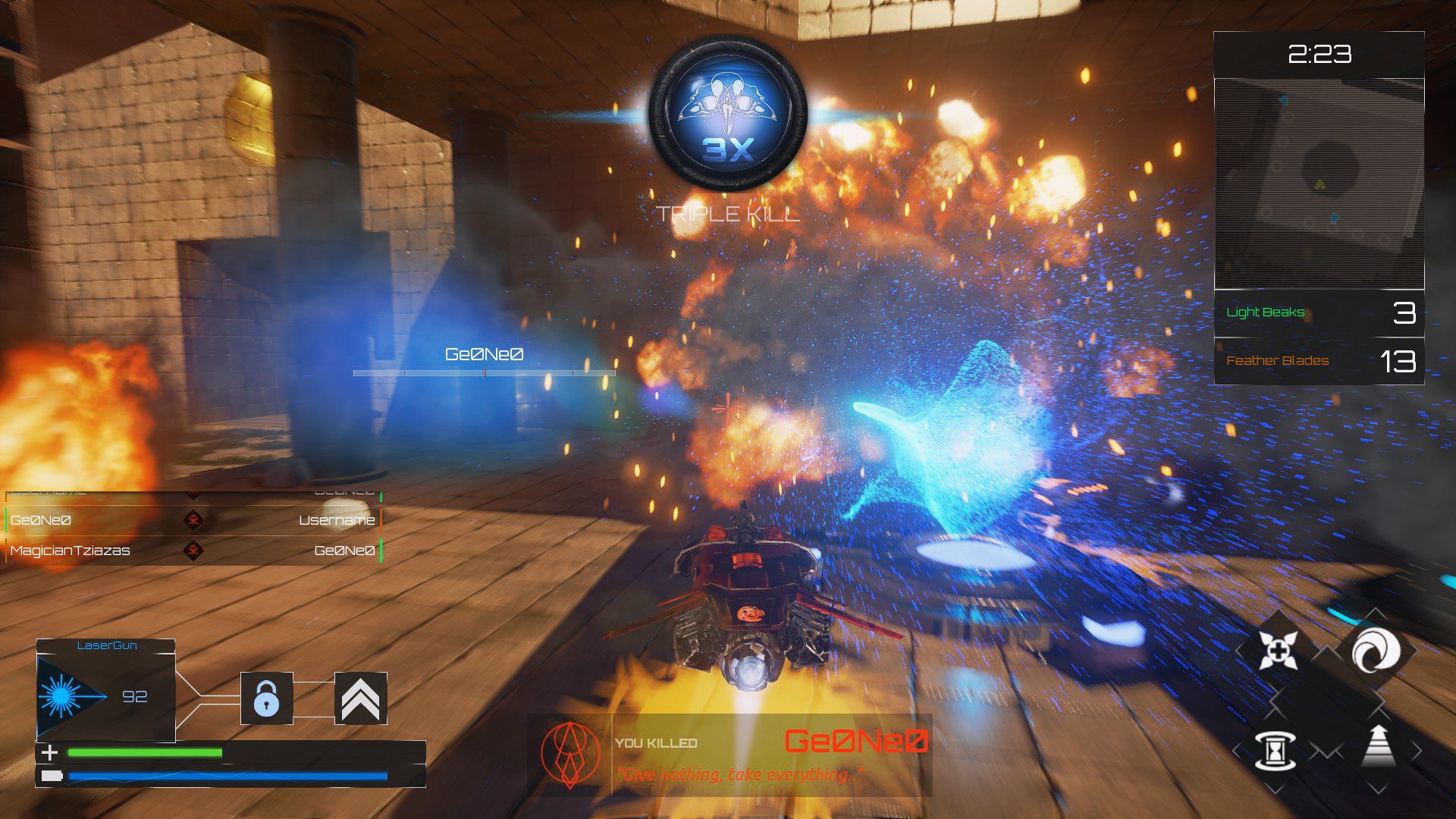 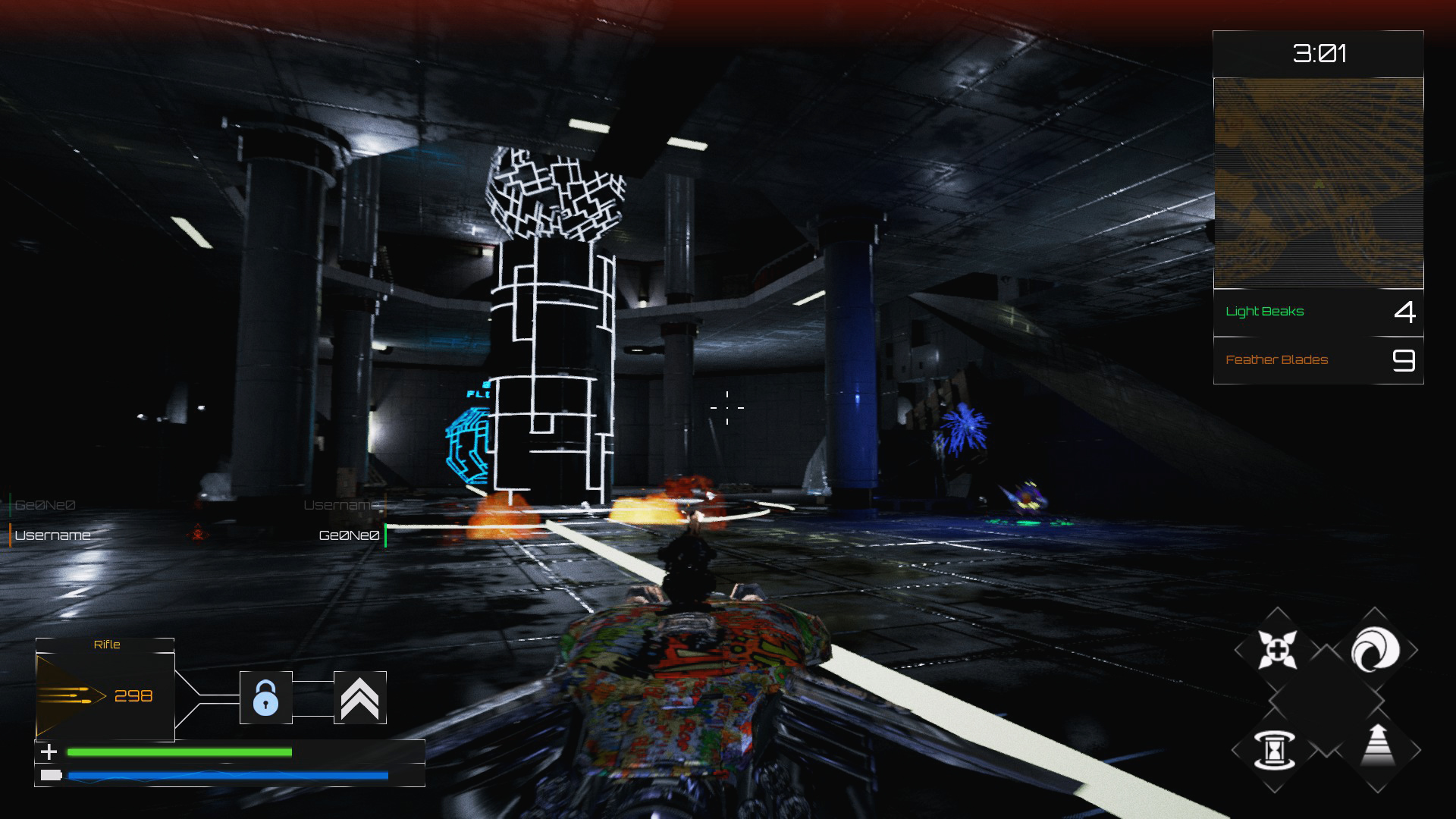 Crash Force is an amalgamation of a few gaming genres; it is an online multiplayer, arena, shooting game at its core with RPG and racing elements, where the player assumes the role of a hovercraft to annihilate their enemies. The hovercraft are living beings. The players do not drive a hovercraft, they ARE the hovercraft.
Each hovercraft is designed to be unique. All hovercraft are equipped with a primary, fast paced, high in rate of fire, low damage weapon and a secondary low fire rate, high damage skill shot weapon. Every hovercraft belongs to a size category and a family. Every family has three hovercraft, one for each size category.
Beyond their weapons, hovercraft have a skill-set of four abilities unique for each one of them. Two of those abilities are based on the class of a hovercraft. The other two abilities we have given to the hovercraft are based on the character we want to give to that hovercraft.
In Crash Force there is a leveling system as well as a skill tree system. By playing matches you gain experience points. Collect enough experience points and you level up. Upon leveling up, you gain skill points to unlock a skills from your skill tree. Once you reach the level cap you gain a token. You can use this token to unlock special skills that cannot be accessed otherwise.
Shooting an enemy reduces their life. The player that lands the kill shot of a player scores a kill point for their team, while the player who dies suffers a death point for their team. The team or player with the highest kill to death ratio wins the game.