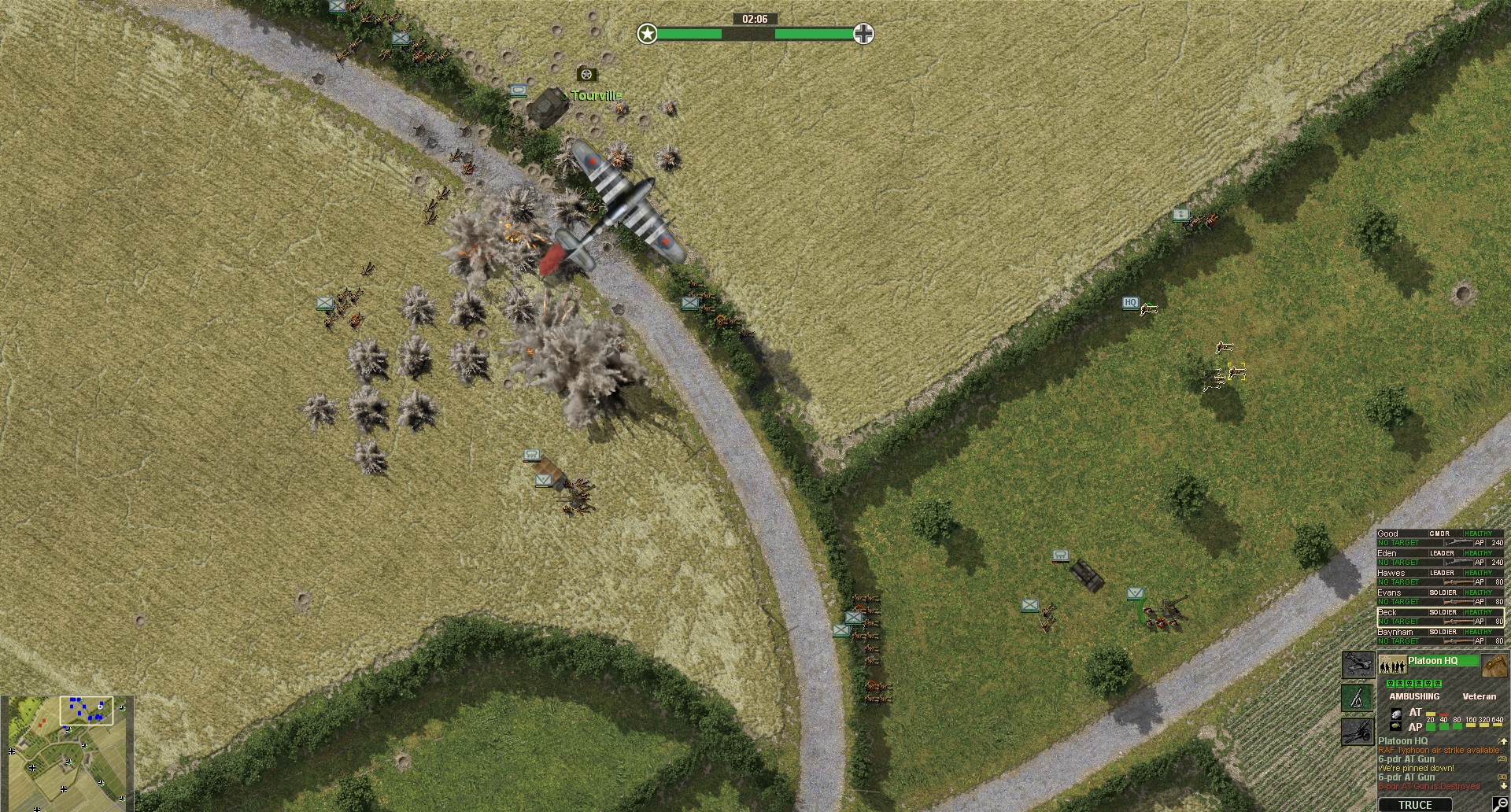 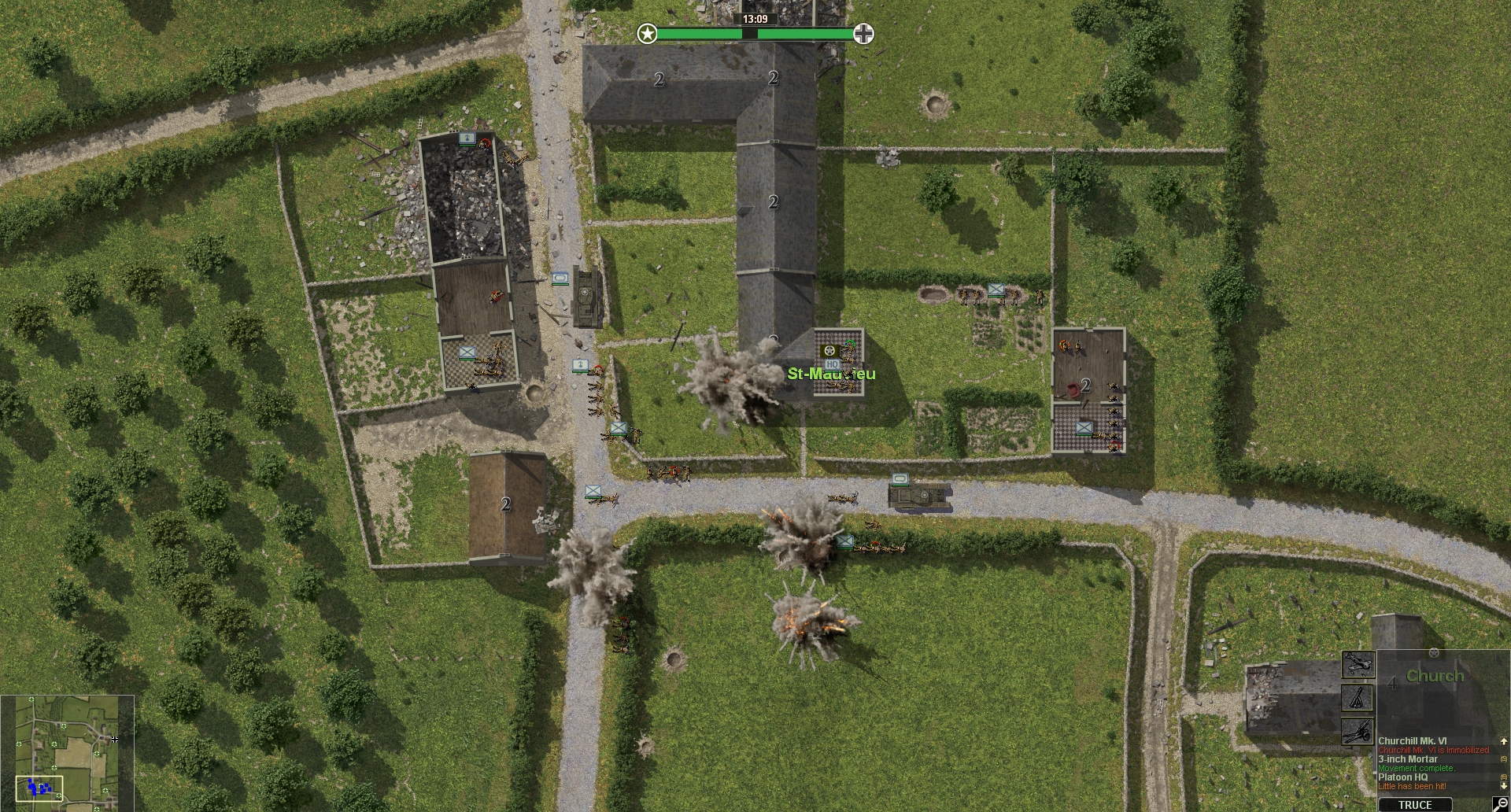 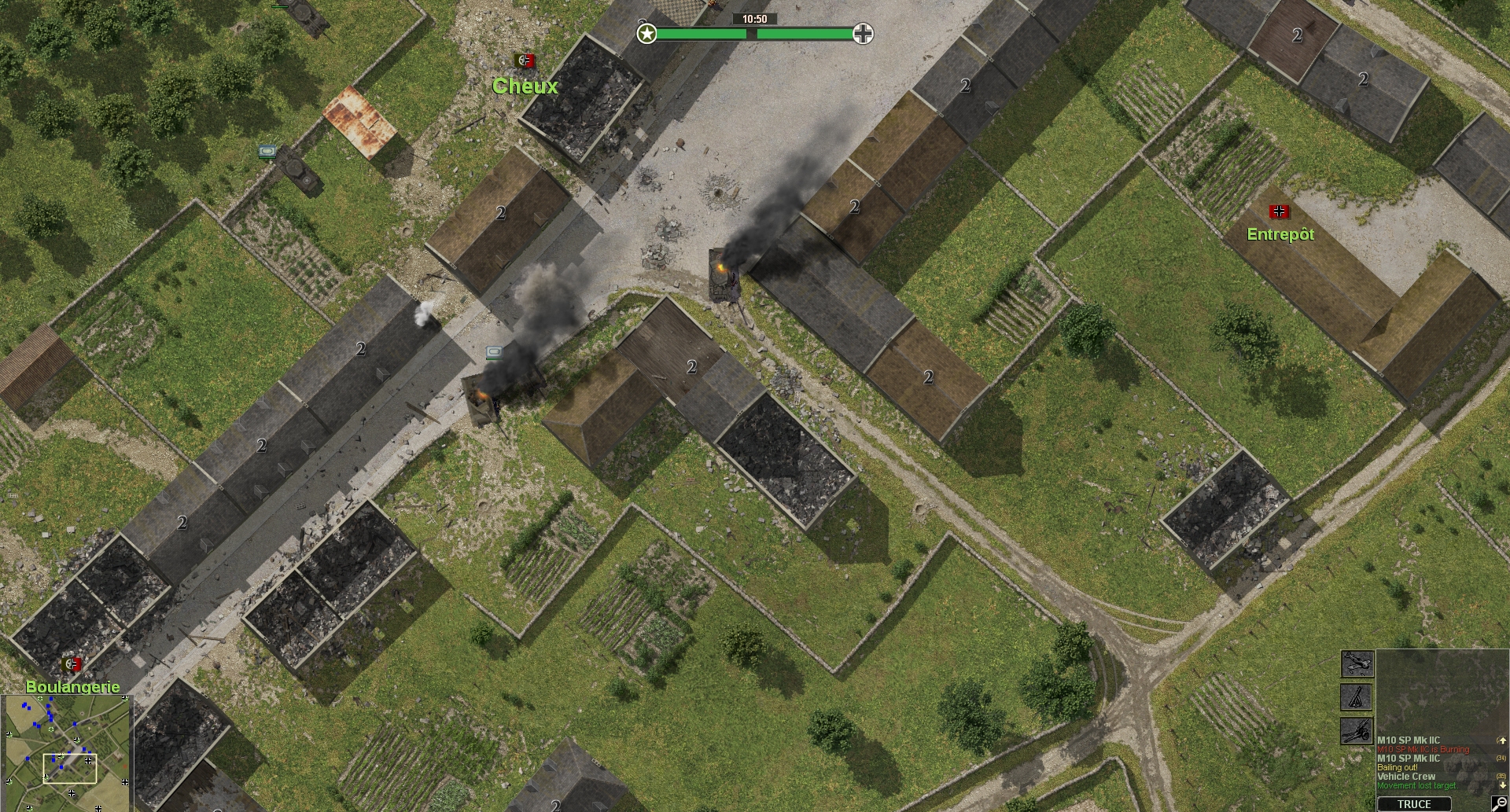 Close Combat: Gateway to Caen is the latest release in the critically-acclaimed Close Combat series, and the final release of the current game engine. Gateway to Caen focuses on the largest, concentrated British offensive since the Normandy landings in an attempt to penetrate the German lines west of Caen and cross the Odon River to get the stalled advance moving again.

With Close Combat: Gateway to Caen you can play at the strategic and tactical level, putting yourself in the boots of both the generals and the platoon commanders. You can move or combine your battlegroups on the strategic level and decide the outcome of battles on the tactical level. You will command squads in close combat situations, using small arms, mortars, machine guns, armored cars, and tanks to triumph against the enemy. You command artillery and mortar barrages and even air strikes. You will get to know individual solders, platoons, battalions, and the larger brigades and battle groups which they comprise.

Players can experience the desperate situation of the outnumbered, but well-armed Panzergrenadiers, or the daunting offensive mission of the fully-supported British infantry advancing across the treacherous Odon Valley. At your command are Churchill, Cromwell, Firefly, Sherman, Stuart tanks and more. Panther, Tiger, Stug, and Mk.IV tanks will arrive to support German Panzergrenadiers as they try to hold the line against a concerted British attack.

The historic scope of Operation Epsom is captured in single battles, operations, and the grand campaign. The strategic battlefield offers over two dozen individual battlefields with over three dozen accurately portrayed German and British battle groups. British infantry regimental history is reflected in name among the various battalions. You can deploy your battalions as they actually fought in the struggle for the Odon. The game includes all new maps and a range of upgraded effects.

The Setting
With the success of the Allied landings at Normandy and their domination of air and sea, expectations were high that the momentum would continue on land. It was not to be so. Though initially surprised and overwhelmed, the German Army quickly recovered, mobilized, and, counterattacked. Field Marshal Rommel formed a capable defense in Normandy that made the Allied advance costly. Superior Allied artillery and air power failed to crack the German lines. Though the Norman City of Caen was originally a British D-Day objective, its capture would elude and frustrate Montgomery’s 21st Army for weeks to come. Operation Epsom was Field Marshall Montgomery’s first concentrated attempt to go around the city and the Odon River, and break through the strengthening German bulwark. The newly-arrived British VIII Corps, supported by 700 guns of the Royal Artillery made a go of it along a four-mile front between Rauray and Carpiquet. Defending that front was the infamous 12th SS Panzer Division. Though reduced by weeks of heavy fighting they remained a potent and experienced foe. The Germans had offensive plans too, but the British struck first, and the 2nd SS Panzer Corps, the last of Germany’s offensive reserves in Normandy, was instead committed to stopping the British breakthrough along the Odon. Can you, as Montgomery and his commanders, re-chart the course of the Normandy campaign and prevail against Germany’s SS Panzer divisions? Can you as the Germans, once again stop Montgomery, or eclipse history and push the British back entirely?

I’m not a Monster İndir Yükle