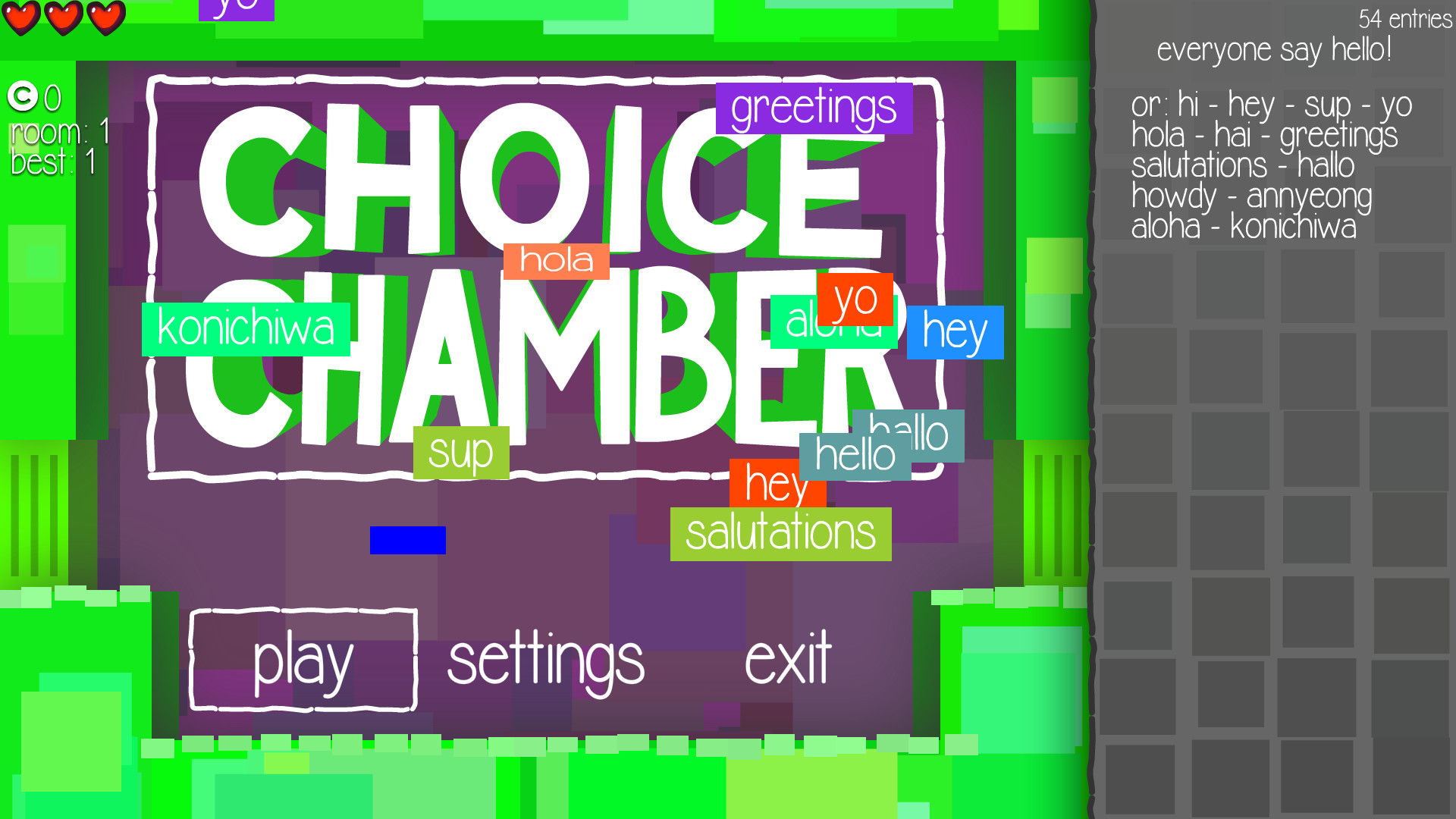 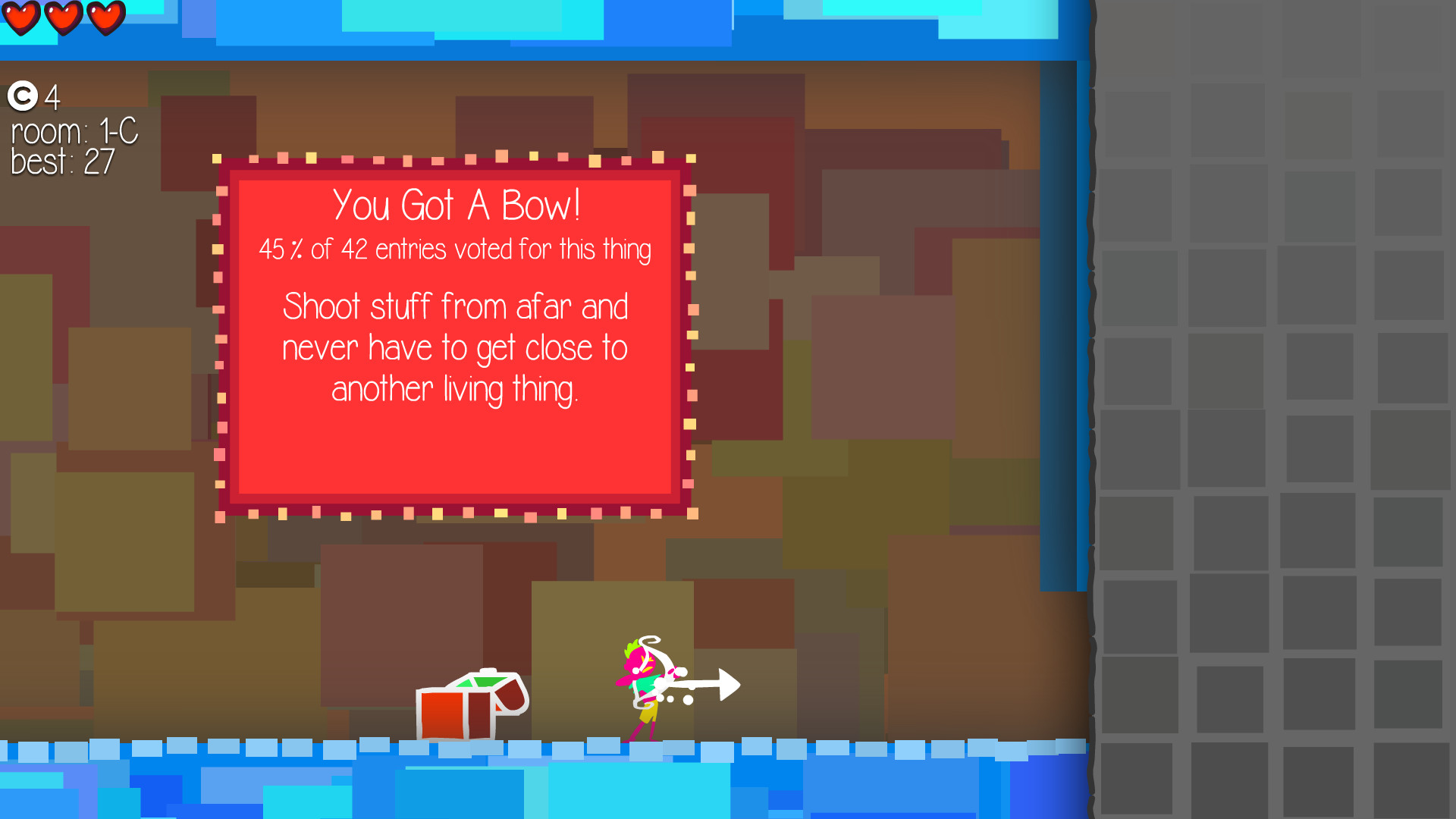 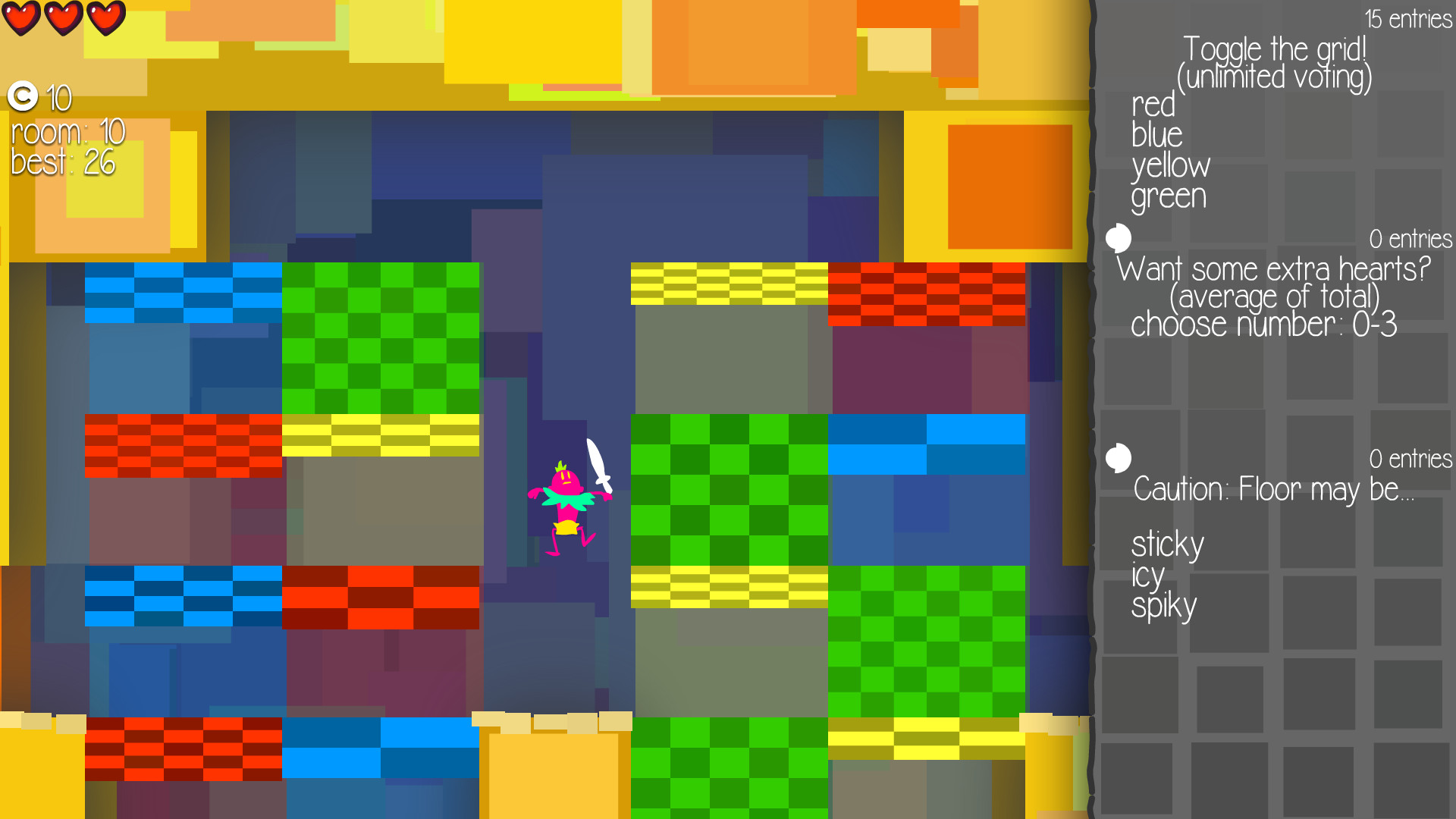 A crowd-sourced action game designed for livestreaming where viewers play along via the chat to change the game in realtime as you play. Players constantly give feedback that changes how the game evolves, from power ups and enemies to obstacles and rule changes. The game world is procedurally generated based on viewer input, wildly changing the difficulty and surprises each time you play.

* player count is a rough estimate of both streamers and chatters