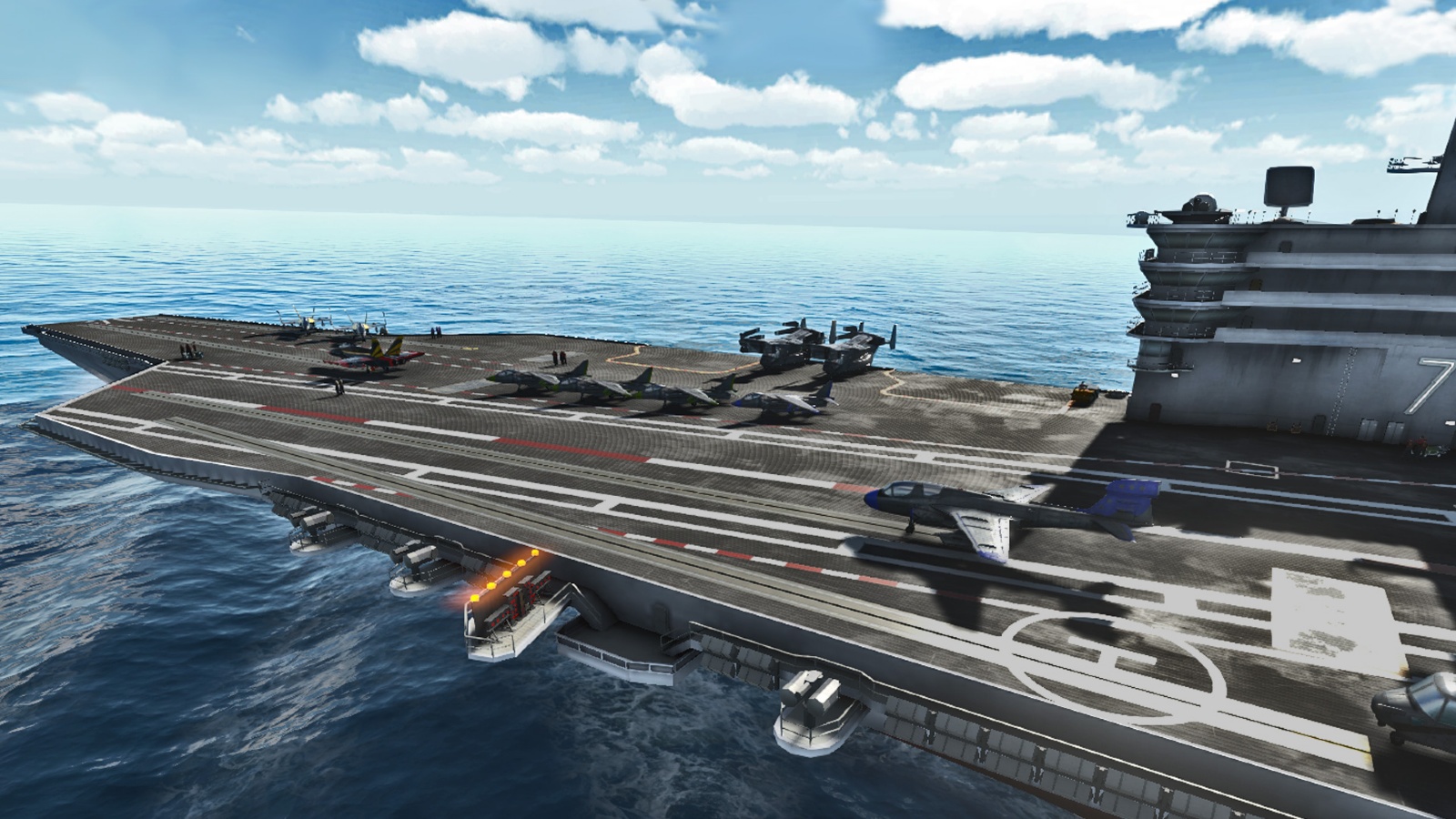 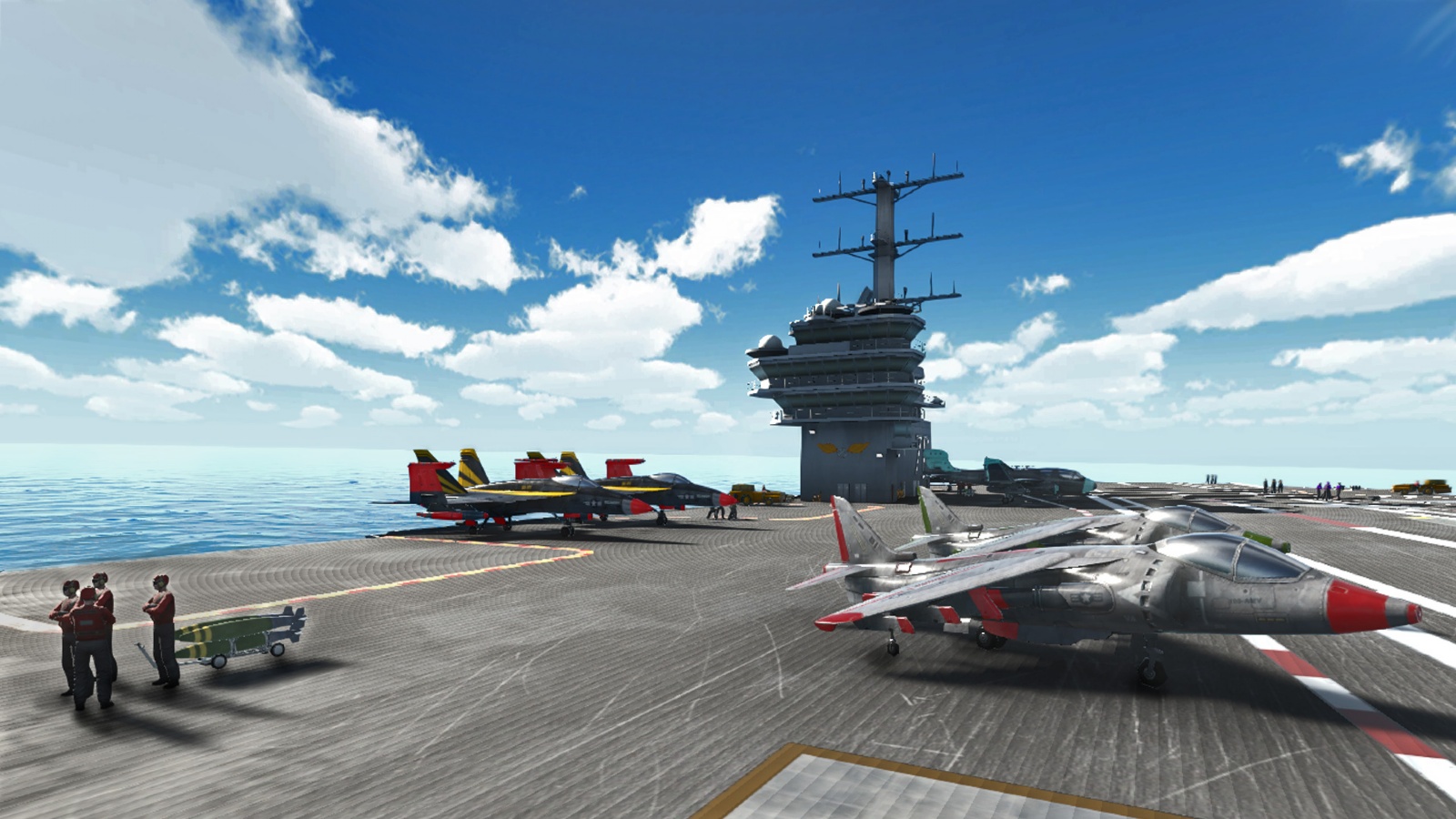 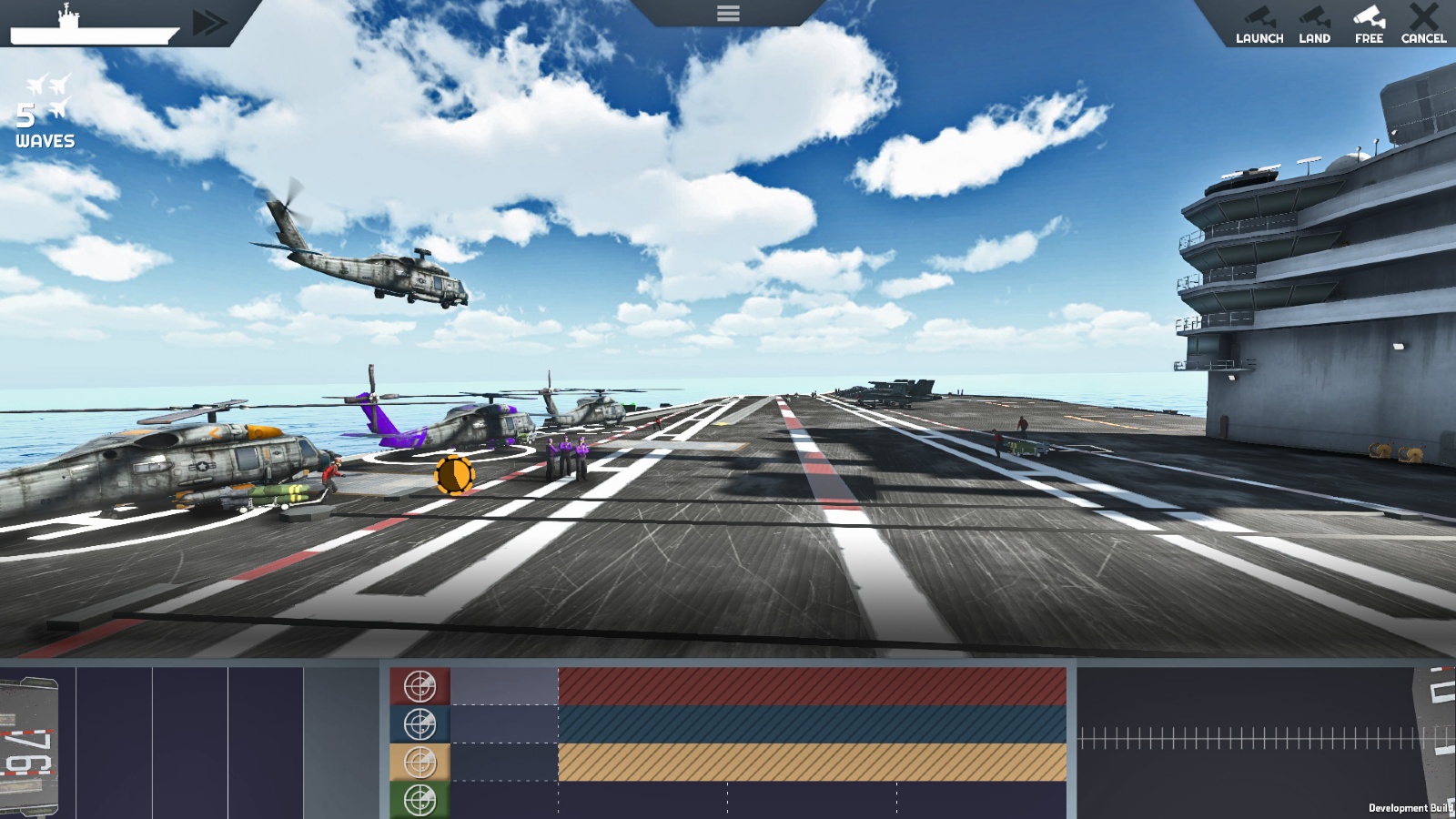 Anyone can hold the helm when the sea is calm…

But can you manage the deck of the Nimitz-class nuclear powered supercarrier, the USS Ronald Regan (CVN-76)?

Carrier Deck is a fast paced time management game where you will play as the Air Officer on board a CVN-76 in the midst of active war. You, alone, are responsible for all aspects of operations involving aircraft on the ship and you’ll need to work fast to ensure everything happens in time for the highest chances of warfare success.

Load the right planes and helicopters up and ready them for the required military missions. Manage both launching and landing the planes, avoiding crashes that could spread throughout the deck wrecking multiple planes and damaging the ship.

In Carrier Deck, you’ll manage a staggering array of aircrafts including the F18 Hornet and Super Hornet, Chinook and S3 Viking, through a campaign that covers the oceans all over the globe. Test your skills in a full spectrum of operations across the globe in extensive campaign mode, or just try the Skirmish mode for a quick challenge.