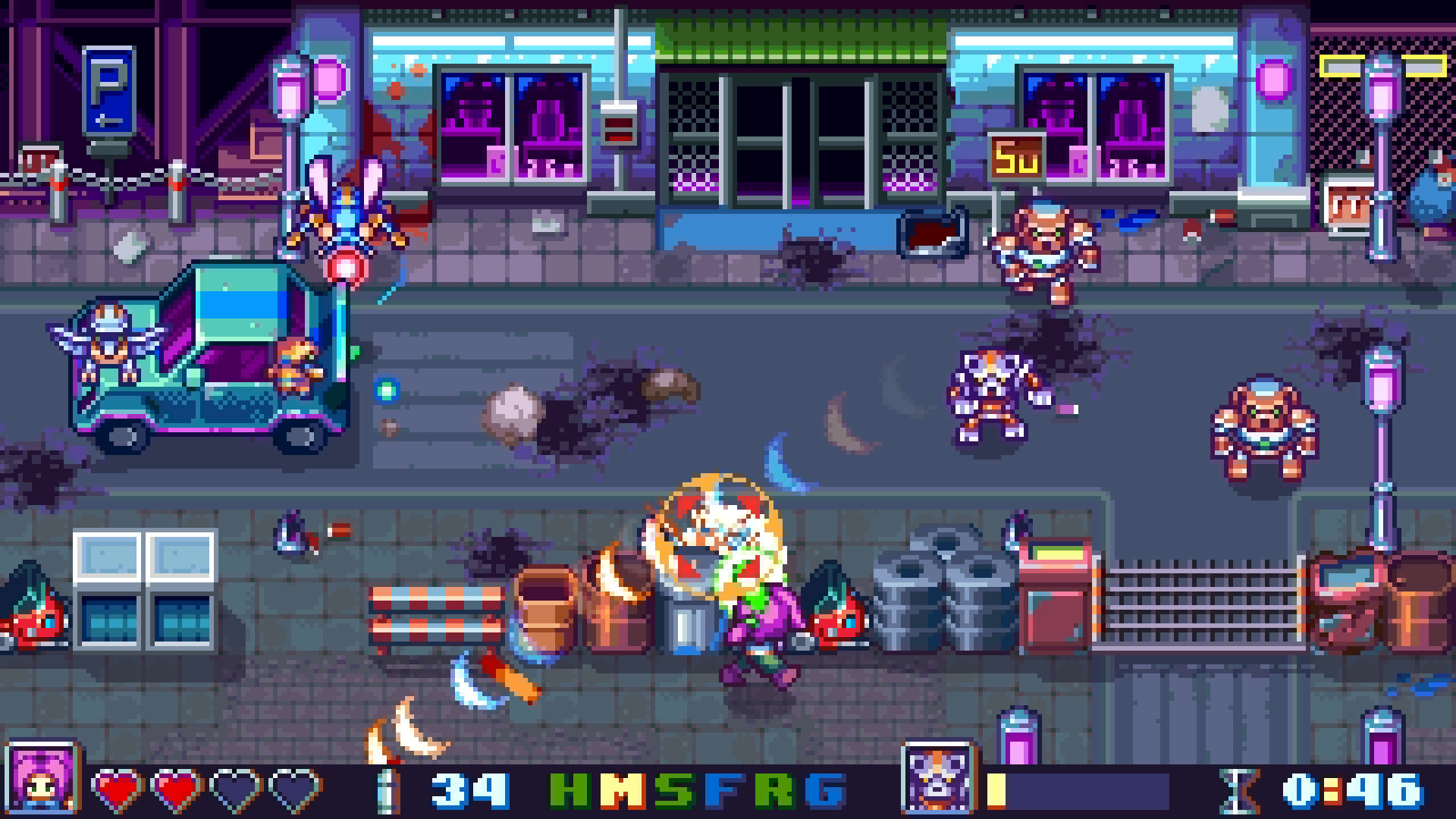 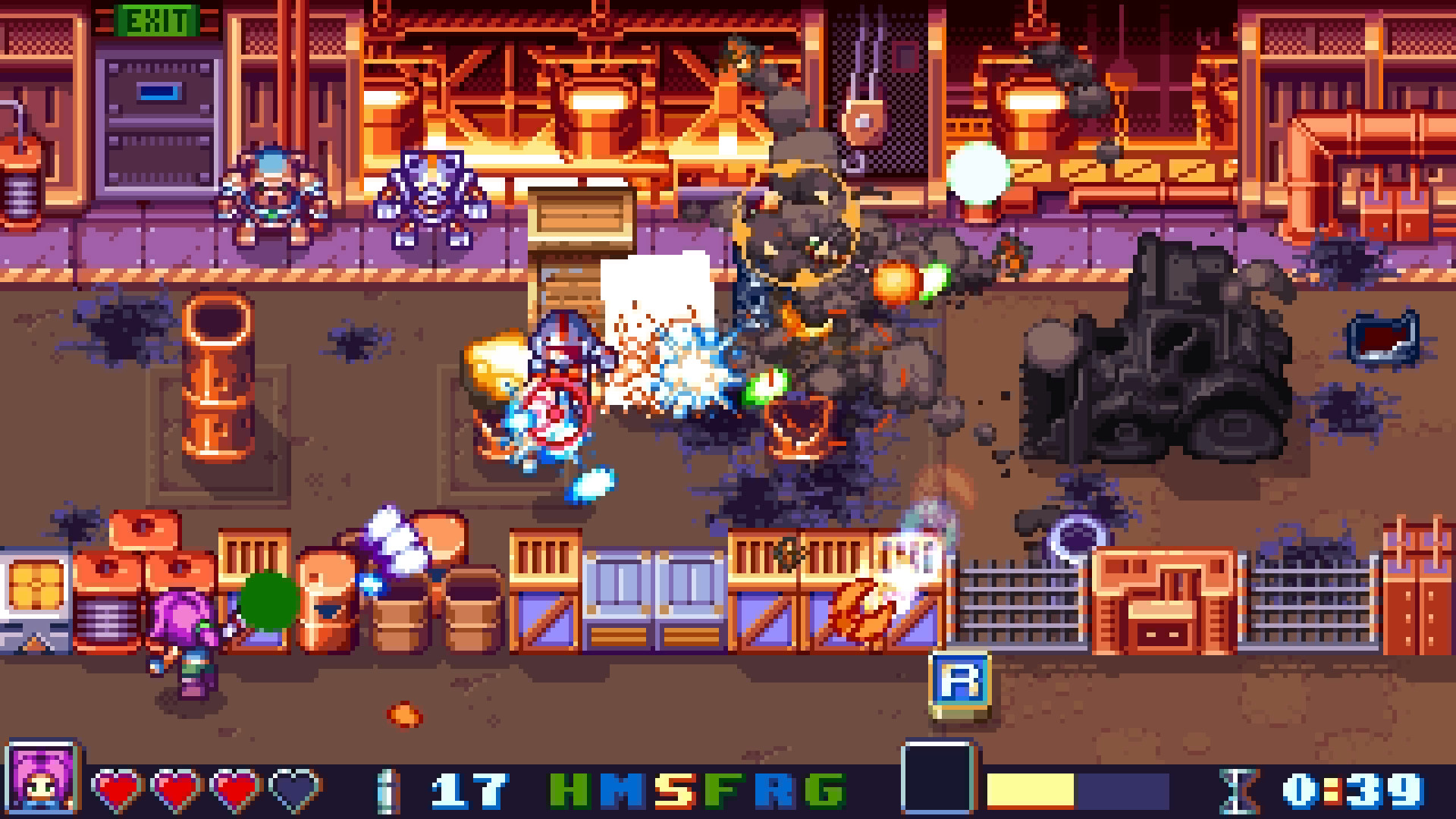 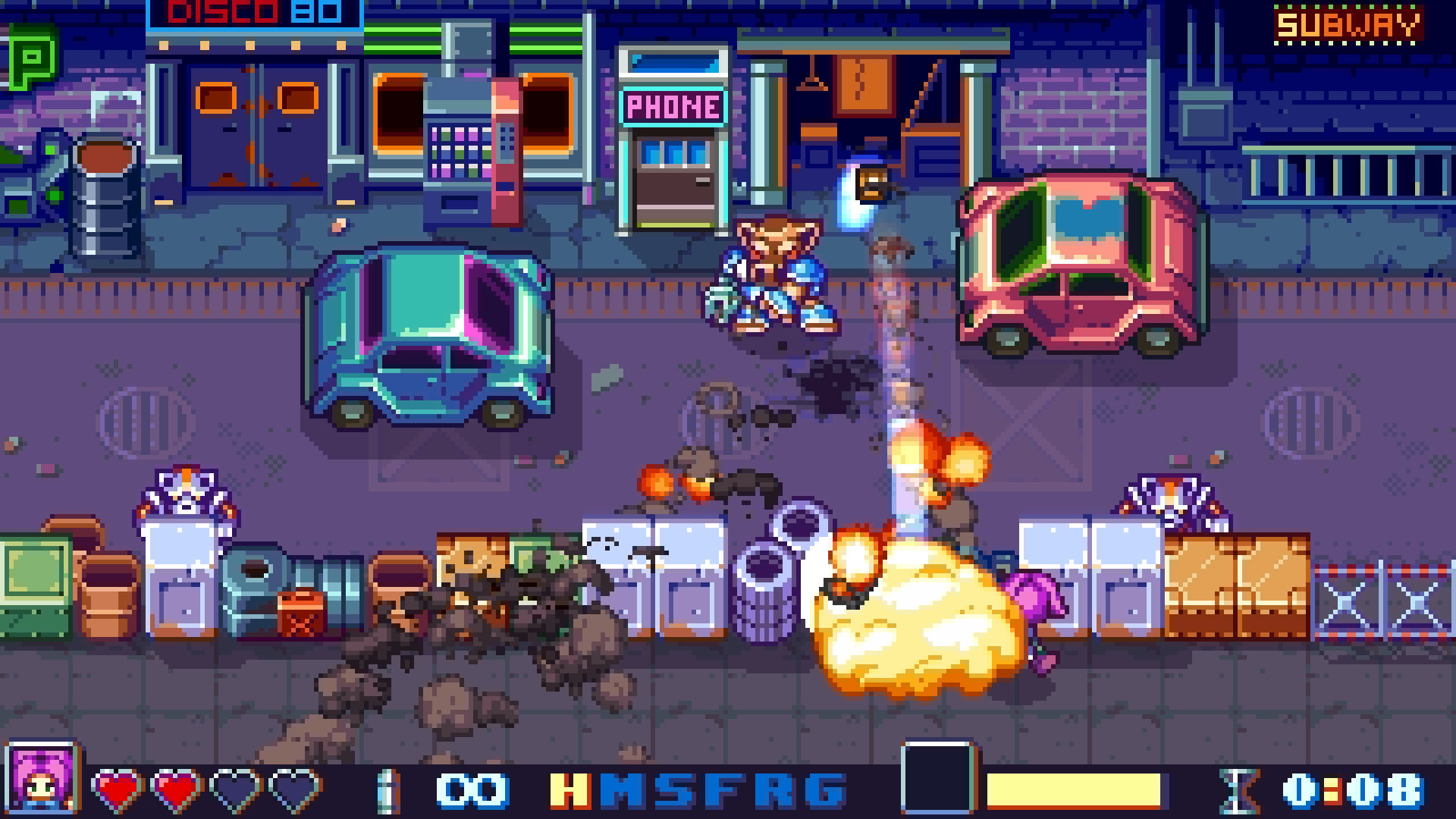 Show off your skills & reflexes in this frantic gallery shooter action arcade, filled with bullets, bots and explosions. You play as Erin Saver, carrying out her personal vendetta against the criminal Wildbots.

The clock is ticking… Literally! Your time to beat this adventure is limited. This feature is the most critical one of the game. If you have N minutes to beat all the missions and you only reach stage 24 before running out of time, stage 25 will remain locked and inaccessible. You’ll have to replay previous stages (any stage, at any time, whenever you want) in order to obtain better clear times, gaining extra seconds to unlock the next stages.

It’s all about understanding and mastering Erin’s small but useful set of moves and weapons, and knowing all enemy patterns. That’s the only way you’ll reach the end of the adventure. This is our challenge to you.

A game by DYA Games.