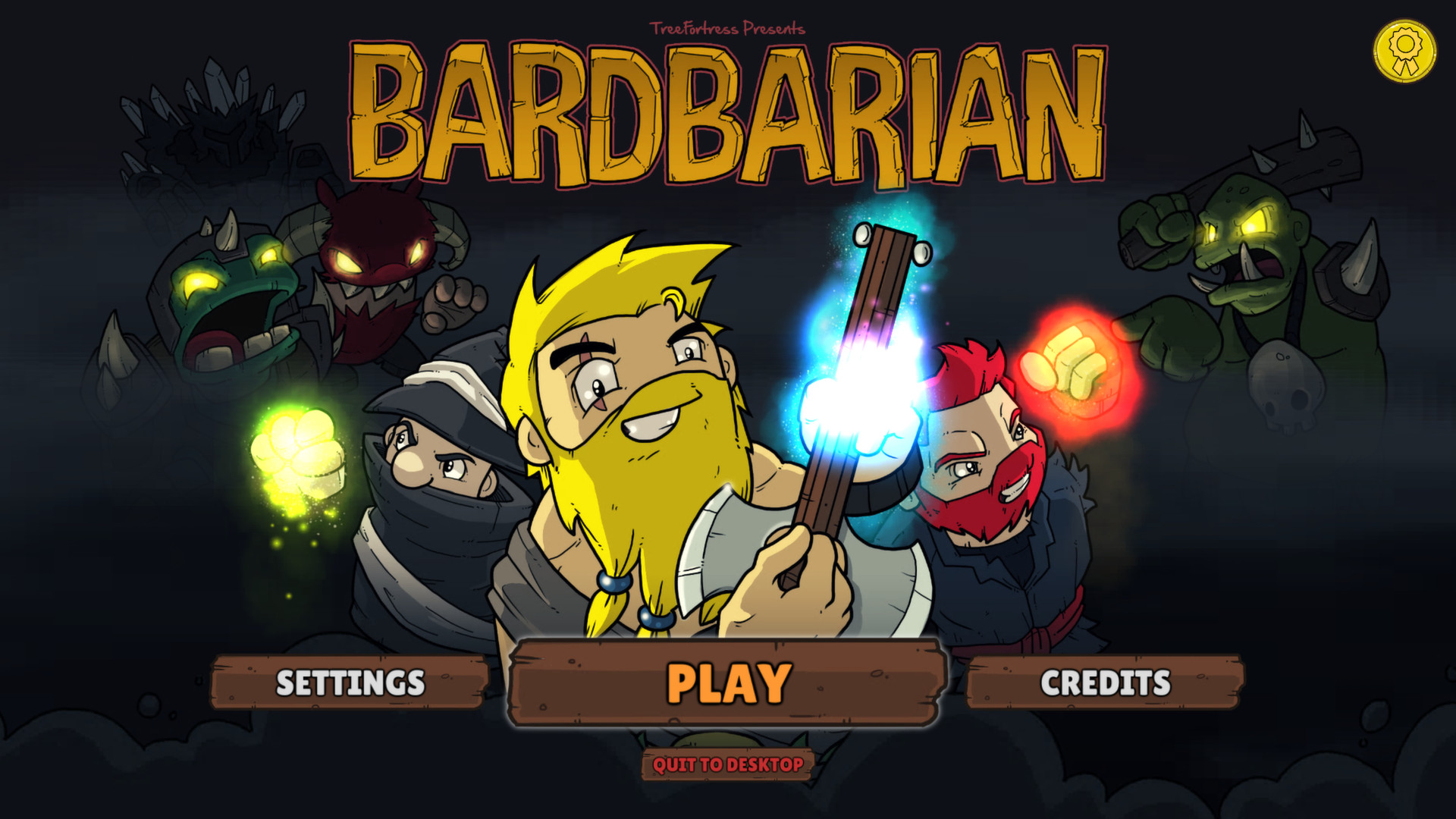 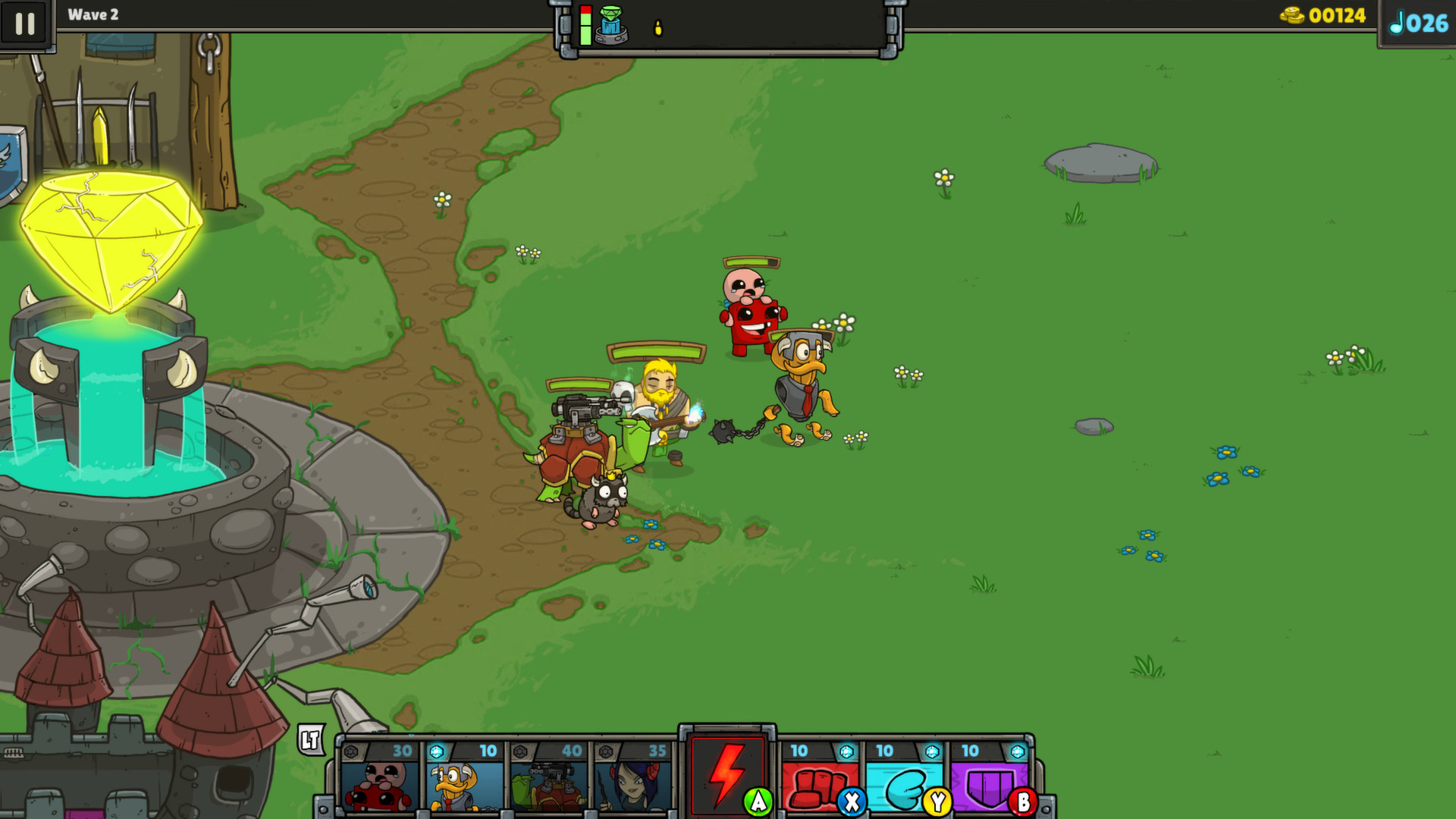 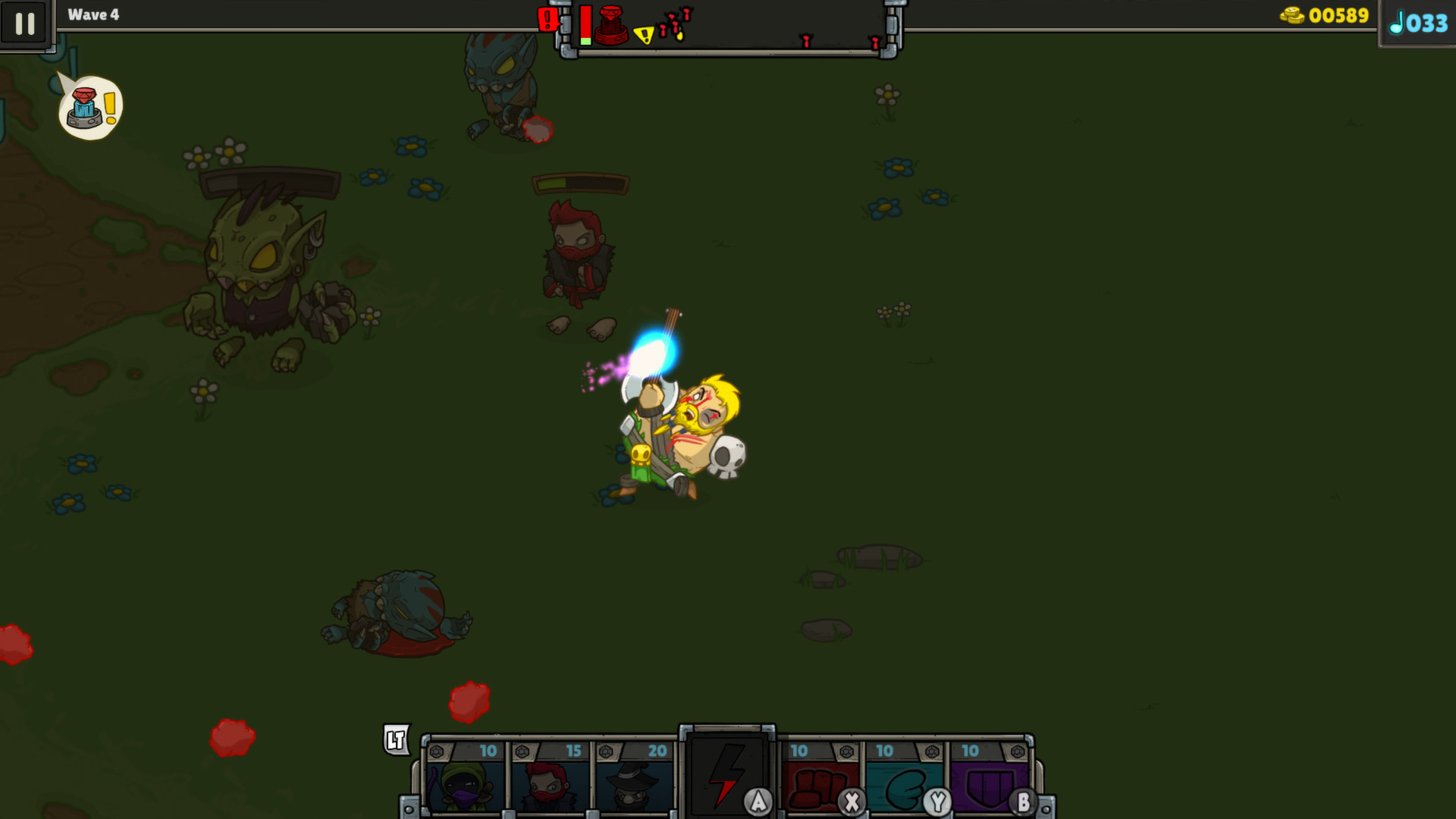 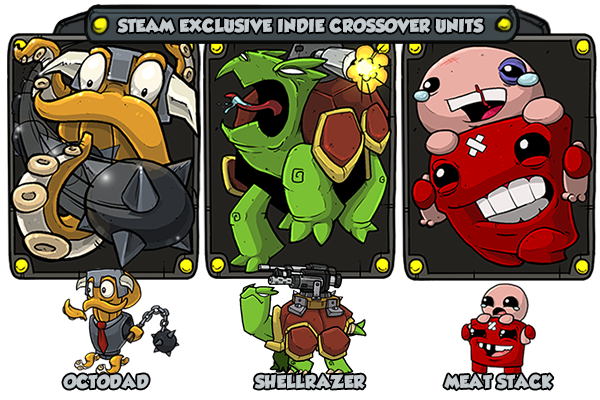 Thanks to Young Horses, Slick Ent Inc, and Team Meat for allowing us to do these amazing crossover exclusives for our Steam launch.

What is Bardbarian?
Bardbarian is a game! A game we’ve been lovingly working on for far too long and are ready to unleash on Steam with (hopefully) some love from the Greenlight Community.

What genre is the game?
It is a mixture of Tower Defense, RPG & RTS with some ‘Shmup and Snake elements.

What’s the Story?
You play as Brad the barbarian, who is awoken to the sounds of his town under siege. Today is different though; Brad has grown tired of fighting all the time. The usual grind for XP has grown dull, and he has decided to pursue his dreams of making music instead of shedding blood. Fashioning a lute out of an old axe, he steps out to save his town in the most bizarre of ways.

What’s Gameplay like?
Move Brad around the battlefield and dodge incoming enemy attacks and projectiles. Brad is constantly playing his axe-lute and generating notes, standing still will cause him to "jam" and generate notes even faster. These notes act as your in-game resource; you can spend them to perform solos to summon units to follow and fight for you, as well as solos to boost their performance.

Navigate your party through the hordes of enemies, dodging and attacking, preventing them from destroying your town’s prized decorative crystal. Survive waves to progress, collect loot, and unlock new units. Upon death you are able to visit the town shop in order to upgrade Brad, the town and your followers, in hopes to make it further next time. 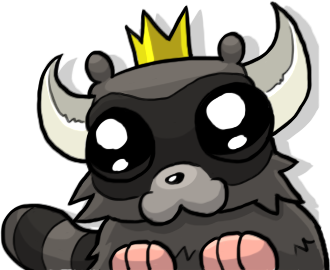