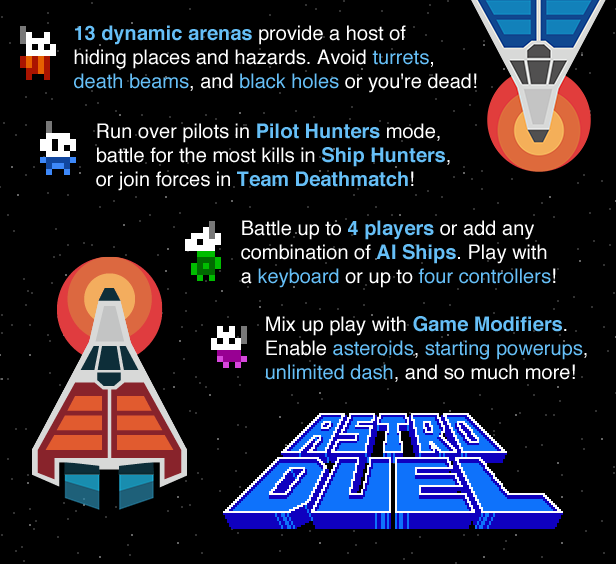 Run over pilots in Pilot Hunters mode, battle for the most kills in Ship Hunters, or join forces in Team Deathmatch!

Battle up to 4 players or add any combination of AI Ships.

Play with a keyboard or up to four game controllers!

Arm your ship with offensive and defensive powerups including missiles, lasers, jousters and shields.

Mix up play with Game Modifiers. Enable asteroids, starting powerups, unlimited dash, and so much more!