This title has built-in English, Japanese, Simplified Chinese and Traditional Chinese. It also supports Steam Cloud. This is a brand new title launches on STEAM.

Sutekina kanojo no tsukurikata is a love story between a yandere antisocial girl and a wellborn young lady, produced by the Japanese Bishōjo game brand Sushi soft.

The popular illustrator 緜のまくら is responsible for the original picture and character design, and the well-known voice actor あじ秋刀魚 is the dubbing for the leading lady, also the Emotional Motion Technology is used for the performance. Interaction occurs at several points where choices are given to the player, which may change the storyline and eventually leads to 8 various endings. If you are not careful, it will trigger the female lead’s nervous yandere.

Sumire Ashiya, a yandere social anxious girl who is addicted to the online world, luring others by posting selfies and wrist cutting picture.
One day, when she met the finally got beautiful girl Riichan, she didn’t expect that Riichan was actually a few frivolous men.
When she was about to be assaulted, the beautiful female college student Nazuna Koga with an angelic face appeared and rescued her in trouble.
She was deeply moved and about to talk to Nazuna, while it turned out she was too excited to throw up breakfast…

"Ah, I am so good for nothing, but loser also has dreams!!"
In order to save the bad first impression, Sumire turned to an internet friend "Teacher" for help, and used various methods to approach Nazuna.
"I must make her the best girlfriend." Sumire showed a meaningful smile. 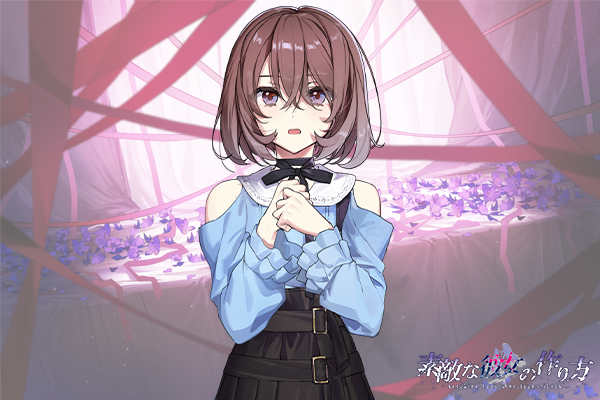 A live alone college student, sometimes social anxious, sometimes sick and delicate, addicted to internet, and lesbian, who likes posting selfies for luring others on the Internet.
In the incident of almost being assaulted when meeting a netizen, she was rescued by Nazuna Koga and thought Nazuna was the one for her. In order to get close to Nazuna, she turned to an internet friend "teacher" for help.
Can’t resist the girl like Nazuna, who owns beautiful appearance and is also good at dealing with people. Like a big sister. I wanna be her a very important person.

“I’m so into Nazuna, and wanna make her my girlfriend who only belong to me” 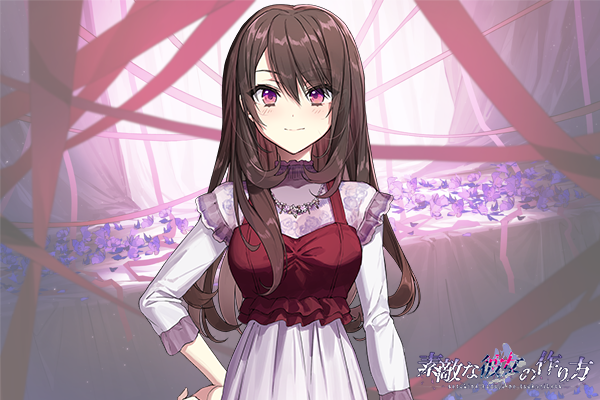 The unrequited lover of Sumire Ashiya, a wellborn lady, pretty, very nice to people around her, especially to the Kawaii junior Sumire. On the other hand, she was often seen sleeping at different houses only with her luggage, it seems that she has an ulterior secret.

“She might … not live without me.
I’ll try my best to make you happy.”

★About the game characteristics ★

The leading lady is often hesitant, please help her make decisions and create a "cute" girlfriend together! Be careful with the choices, they may lead you to the very different plot flows.

The process of creating a "cute girlfriend" may not go smoothly. A little carelessness will cause the leading lady go crazy, and the girl also may not be willing to be controlled and resist from time to time. There are 8 different endings. At the end, you can experience a variety of completely different endings.

The Barbarian and the Subterranean Caves İndir Yükle

Midnight at the Celestial Palace: Part I İndir Yükle